Off Topic - News From My Hometown - Albuquerque New Mexico

Albuquerque Firefighters Win $10K in Mega Millions Lottery And Donate It To Colleague, For Brain Surgery http://huff.to/HJPeXi via @HuffingtonPost

The Pit gets ready to host NCAA tournaments

March Madness comes to Albuquerque, New Mexico.  That's great news and should be a boon to the local economy.

GREAT!  But what's this?  The "PIT" BTW is the University of New Mexico basketball arena.

"Crews at The Pit are working around the clock to prepare for the NCAA tournament games coming to Albuquerque this week.

Transformations mandated by the NCAA include removing all traces of the University of New Mexico Lobos for national TV purposes."

Rules are rules but this is BS.  Where's the logic of blocking out where the games are played?  Isn't PR good for everyone?  National and International publicity is a good thing.

Two men spent their Super Bowl weekend in jail because of a dispute over a stolen burrito.

The Albuquerque Police Department said Anthony Sanders and Louis Vasquez reportedly approached a man on Zuni Road in Albuquerque and asked to have a bite of his burrito.

The two suspects then grabbed the burrito and walked away.

The burrito’s rightful owner walked up to the men and said he wanted his burrito back.

That’s when police said Sanders and Vasquez attacked the man.

According to the criminal complaint, Sanders pistol-whipped the burrito owner.

Sanders and Vasquez are charged with aggravated robbery.

Thinking of you and thought you'd like to know this.  Moral of the story:  If you share your burrito with a bandit, he's gonna want the whole thing.

A college student who took a pumpkin from McCall’s Pumpkin Patch in Moriarty was found guilty Tuesday of shoplifting.

The judge deferred her sentence – meaning that if she successfully carries out that sentence, her conviction will be wiped from her record.

Medina, a 22-year-old college student, told us she grabbed a tiny pumpkin from a display at McCall's Pumpkin Patch in Moriarty after attending the haunted house in October.

Medina told us she didn't know the pumpkin was for sale and said she offered to pay for after she found out.

The Torrance County Sheriff's Office said it is pursuing the case because a law was broken and if it is not enforced, more people will break them.

Stay with KOB Eyewitness News 4 for more on this story.

Taking a little pumpkin is not violating anyone.  Now, if it was a big, prize-winning pumpkin--that would qualify as theft.

Drumming up court costs is a shady way to make a living...even the infamous Judge Roy Bean who was considered the Law West of the Pecos, would look down on such pity interpretation of the law...West of the Pecos. 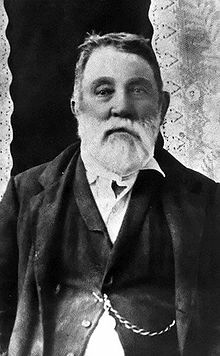 Governor Susana Martinez has lost a hair stylist thanks to her position against gay marriage.

Antonio Darden, a popular stylist who runs Antonio's Hair Studio in Santa Fe, said he cut Martinez' hair three times, but that's it - unless she changes her mind about gay marriage.

"The governor's aides called not too long ago, wanting another appointment to come in," Darden said. "Because of her stances and her views on this I told her aides no. They called the next day, asking if I'd changed my mind about taking the governor in and I said no again."

The governor has said she believes marriage should be between a man and a woman, and that does not cut it with Darden.

"I think it's just equality, dignity for everyone," the popular hair stylist said. "I think everybody should be allowed the right to be together. My partner and I have been together for 15 years."

Darden said gay couples do not have the same rights that married couples have, and he is determined to fight that, even if it means losing an important customer.

Ironically, the governor has been taking heat from the religious right and from one prominent big-church fundamentalist preacher in particular, for appointing an openly gay man to a position on the state Public Regulation Commission.

In the old days Vacuum Cleaner Salesmen were famous and infamous for throwing dirt onto your carpet just to demonstrate their latest Super Sucker.  Then they got smart and brought carpet samples to do the demo.

Well some of the old strong arm sales may be coming back in these hard times.

Some Coronado Mall kiosk salespeople are pushier than others, and a few have even ended up in jail for their aggressive sales tactics.

On Thursday, the Albuquerque Police Department released a video of a salesman who was arrested for allegedly grabbing one woman’s arm and holding her into place as he tried to sell her skin care products.

“He's grabbing on to her, she's going no, no,” APD Sgt. Randy Newbill said. “And a citizen comes along and says, ‘you need to let her go. Don't touch people, you can't do that.’"

He said another man was arrested for holding a woman and her daughter against their will as he tried to make a sale.

“Well he grabbed her by the arm, takes her over to a chair and sets her down in a chair, physically sits her down,” Newbill said. “And she is saying no - and he continues, he’s not letting her up and she says, ‘I'm not wanting your product,’ and then he grabs the teenage girl and sits her down in the next chair and starts messing with her hair.”

Mall employees didn’t want to talk to us on camera, but some said that not all kiosk employees are bad.

One kiosk worker said the pushy salespeople often come from other countries, where sales tactics are much different.

The man said he always respects people’s space, but he understands why people might complain.

He said in order to showcase his products, he needs to demonstrate how it works on people’s skin.

But, if a person says no, the man said he will respect the decision.

Police said that’s the way a customer and business relationship should be.

Keep your hands to your self,” Newberry said.