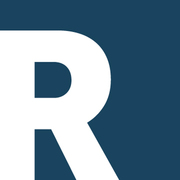 Jobhuk.com is a CrowdSourced Hiring Platform which allows you to Refer a Friend for a Job and Get Paid when they get hired.
Mission
Jobhuk enables companies to hire employees through CrowdSourcing, paying high commissions to social networkers for successful referrals.
Company Overview
INDEPENDENT RECRUITERS: You never worry about sales anymore. You find any jobhuk and submit your candidates profiles. Once they get hired you get paid. Its that Simple.

SOCIAL NETWORKERS: Refer people in your network to available jobs with just a few clicks and get paid when that person is hired! Referral fees are upwards of $5,000 and more depending on the job. Browse available jobs now: htt...See More
Description

Jobhuk is a revolutionary recruiting platform focused on hiring through crowdsourcing. Jobhuk’s hiring philosophy is based on two key principles. First, “Hire by Referral” reveals that all applicants must be referred by a Jobhuk user, defined by anyone with a LinkedIn, Facebook, or simply an email account. Second, “Refer and Get Paid” means that the referring Jobhuk user, or “recruiter,” gets paid a finders fee when their referral is hired.

Jobhuk’s referrals are better than applicants produced through recruiters and generic job posting sites. Jobhuk’s social networkers are incentivized to send qualified candidates not only by the advertised commission, but by the user rating they build over time. This proprietary rating system is based on such factors as number of referred candidates, employers’ ratings of those referrals, and successful hires resulting from the user’s referrals. Referring users with the highest ratings will be filtered to the top of the employers’ results.

Once a referral is hired, the employer pays the commission only after the new hire has worked 60 days in the new position. Thus, if the hire does not work out, the commission is not paid.

We believe and had experienced that 90% of hiring the best resources is only through referrals. Referrals work great and has no spam like the inbound recruiting around the world. Jobhook helps leverage people network to make referrals in a dead simple way and pays "money($)" when the referral gets hired.

This group does not have any discussions yet.

You need to be a member of JOBHUK to add comments!