The centuries-old art of tasseography, or reading of tea leaves, is at risk of extinction. The mysteries of having someone with a psychic gift discover meaning in the remnants of a cup of tea has already been eroded by our instantly accessible media. A quick online search not only reveals the tea leaf patterns for anyone to interpret, but also gives instruction on how to prepare the cup of tea…

Hobbies and Interests Section on a Resume? Well...

This is a fun topic that I talk with candidates about.  At length, even.  As a recruiter, I need to make sure that all of my candidate's resumes are great before submitting them.  So, I go through it with them, as opposed to creating something new or editing without authorization.  Every candidate, for the most part, comes in to meet with me prior to being submitted so that I can judge their interview skills, as well as go over the resume.

Well, the funniest part of this review is the…

From my firm, Johnston Search (Inbound Recruiter) to you and yours... Happy Martin Luther King Day...

I wanted to share some of my favorite quotes from one of the greatest leaders for equality and justice who has ever lived...

"A genuine leader is not a searcher for consensus but a molder of consensus."

When I am running my Building a Profitable Desk workshop and it comes around to the discussion of High Pay-Off Activities (or KPIs, if you prefer), I will inevitably have a participant nominate ‘interviews' as a high pay-off activity.

When I disagree, there is often a slight pause and then this look of confusion appears on the face of one or more participants. To those recruiters I am sure it seem like I'm slightly odd - I… I have met many experienced and accomplished recruiters who have been thrown into the rapidly expanding online world without anyone providing adequate basic training or ways to keep up with the most important news.

In this brief post I don’t aim to bring everyone up to speed. Bit I’d like to cover a list of the very basics that you may want to check for yourself. If you are way beyond this, and are open to learning more, please check out…

Influence or Gaming The System?

I have gotten a large kick out of the onslaught of buzz, blogs etc hitting the boards about influence, influencers on social media for recruiting and measurement of same.

The human condition being what it is, the minute anybody starts trying to measure anything related to influence we can take out the word influence and drop in the words "importance" and "ego" and in my opinion the game is on. Sometimes on purpose and sometimes accidentally.

New ways to get new business in 2012 #recruitment

So cold-calling Employers for new business is less effective than it used to be and the recruitment consultant’s traditional markets are changing. If agency recruiters are now to forge new partnerships with the In-House recruiters at large Employers and develop new clients amongst the SME markets, how are they best to approach the task?

I think there will be 3 factors at play:

When does an Interview become a consulting gig?

I have this client, see.  He is a first time CEO.  NIce company, good product- early stage, angel funded (so cash is king) but profitable.  Going out for VC funding soon.

The issue is he's not hiring anyone.  Well he is for one role but we are sending candidates opportunistically.   He's offering them consulting gigs (which is fine as these are exploso candidates) but when the subject of money comes up, he says something to the effect of "well, i'm letting them peek under the kimono…

I am not a networking expert but through the hard yards of personal experience I learned how to get the most from networking events when I was a recruiter.

In this day and age with the accompanying vast amounts of free information available via the internet, it frequently surprises me how unprepared most recruiters appear to be, for live networking events.

The Kult of Influence on Recruiters: Klout, Kred and PeerIndex

Taken from our Webinar yesterday, here's the written explanation of Influence on Social Media, and why you need…

LinkedIn profiles: fake, phony & faux is NOT the way to go!

Out of curiosity, I recently listened in on a…

What makes a good recruiter great?

While everyone has a different opinion on what success really is (wealth?  notoriety?  the elusive work/life balance?), there are a few themes on what makes a recruiter a big success that keep popping up again and again.

Here’s a quick look at what the successful… 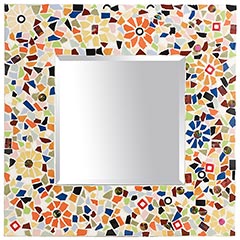 Several months ago, I decided to give my bathroom a facelift.  I don't know if you're like me, but once I get an idea like that in my head, it's on and there is no stopping me.  After choosing just the right paint color, accessories and all the amentites a bathroom needs, I was nearing the completion mark.  Save one item.  The mirror.

You see, my home came with those…

Today, hiring managers experience a unique situation. They have more candidates to choose from, but finding the right talent seems harder than it was before. Having more candidates is good, right?

Yes and no.Why are hiring managers finding this seemingly positive situation difficult? Imagine a radio. Having more candidates to choose from increases its “volume”. However, the quality of the sound doesn’t necessarily improve just because it’s louder.

With this week's #HRTechChat, we took an interesting look at HR Technology, gaps that exist in the marketplace and who drives product innovation.  The most interesting part of the conversation however was a look into technology trends that we are seeing and where we thought the most innovation would be occur.

While there were a lot of great ideas that were thrown out and mentioned,…

How to post to multiple Linkedin groups from one page

How to post to multiple Linkedin groups from one page is the subject of this week's episode. Is this even possible? The short answer is yes, by using a certain Chrome extension called "Add to Any." Click here to download the show notes which has links to all of the items mentioned in the show. Thanks!…

A long time ago, back in the mists of time, an executive set up the first ever recruitment business and said, "What are we going to charge for our service?  I know!  We'll charge 30% of the successful candidate's salary."  And so an industry standard was born.

I have absolutely no evidence to support this scenario, other than that it reflects the totally arbitrary nature of the arrangement.  However there are two facts of which I am pretty…

What I Have Learned Working a Blended Desk 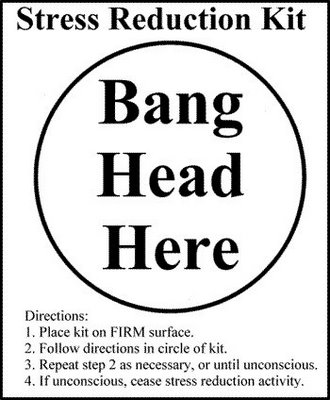 While working a blended desk may sound easy in theory, it takes a special person to do it effectively.  Not calling myself special...I left the last company that had me doing…

What is a Talent Community?

Talent community is a word that means different things to different people.  In a recent addition of TChat radio, I was amazed at the diversity of opinion from the panelists.…

Sacked for a LinkedIn Profile? Not Quite Daniel J Smith recently posted "The cost of (Personal) social media accounts", here on RBC. In particular he reported on the tribunal currently being heard in Reading, UK, between John Flexman and his previous employers B.G. Group, a company he was employed by for 8 years.

With respect to Daniel, who I have a lotof time for, I think this post is a little…