More good news today for recruiters.  The jobs report is good.  I know we can spin it into being not so good and nobody should throw a party for 8.5% unemployment, but the numbers are still helpful to those of us in recruiting.

Here is our weekly feature in which we share the top articles we enjoyed from the past week about recruitment marketing, social recruiting and anything else in the recruiting space. In the first week of 2012 we’ll be talking about true SaaS, HR technology commandments, an innovative recruitment campaign, social media saturation and stagnant recruitment.

Some recent encounters have prompted me to write about  this recent revelation… In Staffing, going through hundreds of resumes per week, if not more, and submitting qualified candidates to open requisitions, I often find that we look for reasons to turn down or discount a candidate. I am not the only guilty party here…I find that I run into this with Clients, Managers, Vendor Management companies and sometimes even…

I need your help!

If you watch my show, I could really use your help! Tune in to find out what I mean. 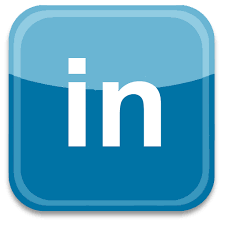 New year, New articles to curate, New stories which just cause me to shake my head. One such story which has been making the rounds starts in (not-so) Merry England where “A human resources executive was forced from his job because his employer found his resume online and that he would consider career opportunities”. The site (Linked In)…

What Do You Want To Be When You Grow Up?

I would wager that it wasn’t a recruiter.  This was a question I used to jokingly ask my potential candidates to break the ice, get them relaxed and open up.  Usually they would say something like “I’ll let you know when I decide to grow up” or “retired” or simply “employed”.   Funny, they all seem to hold true, even today.  I don’t ask that question anymore but the “retired” answer seems to be more and more attractive to me now.  If not retired, then maybe ready for my next stage of life…

Staffing and the Jerry Maguire syndrome!!

Staffing and the Jerry Maguire syndrome!!

“Help me to help you!” We have all heard it, that very very famous and perhaps even over used quote from the movie Jerry Maguire. But when it comes to the staffing world it should be one of the most important quotes we ever hear.

Too many times there is a less than great relationship between staffing and the hiring manager (HM). Too many times, there is not enough…

“If you’re not concerned that the toughest employees to replace are the most likely to bail on you; you should be.”  ~ Rieva Lesonsky, CEO of GrowBizMedia

In recent months, I have had several speaking engagements on the subject of turnover with hundreds of business owners in…

The Year of Mobile Recruiting: A Look Back at the Sendouts Blog in 2011

One of the biggest highlights at Sendouts for 2011 was the release of the revamped Sendouts mobile.  The mobile recruiting landscape had changed quite a bit from the initial launch of Sendouts mobile in 2004.  Advances in technology, not to mention the proliferation of touch-screen devices meant that it was definitely time to reinvent our mobile app.  Mobile will…

10 Predictions for Recruitment & Staffing in 2012

Social Recruiting finally went mainstream in 2011 with corporate and agency recruiters embracing LinkedIn and internet sourcing as a required skill for the modern recruiter, shifting away from job-board advertising to digital headhunting. It was also a year of continued economic uncertainty ending with fear of a double dip recession in Europe and beyond. Despite this we will remember 2011 as the year that the recruitment industry took its head out of the arse of the global recession and…

A New One On Me

What I love about recruiting is that every day I learn something new.  Both good and bad.  Would love your opinion about this.

About ten months ago, I got two fee paid assignments from a foreign company with offices in the US.  One was a general manager, the other a director of digital.  I placed both candidates.

Last week I got a call from one of the GM candidates.  He had been approached by another recruiter to interview for a digital…

I have to write about this every year so lets start 2012 by resolving to write better job descriptions.

It starts with your JOB TITLE.

The title is the first thing a job seeker sees when searching online so its important to give it context. It must inform the job seeker, not confuse them. And its a chance to add keywords which will help make it…

The End Of The World As We Know It

No need to worry, she doesn’t believe it.  We don’t need counseling at this point.  However, the world as we know it is ending.  Change is constant, and looking back at recruiting over the past 10 years or so you see that we are…

ANNUAL REPORT – FOR YOUR CAREER

Most businesses review their progress on a yearly basis and publish or print an annual report – the status of the business – for the past year. They also go through a formal planning process and create formal plans for the future. You need to treat your career as a business: with annual reviews and formal planning.

Once a year you can evaluate your career progress using the following criteria. Evaluate each area on a scale of 1 (awful) to 5 (fantastic). Assess the weak spots (scored 3…