“I nearly bought one of their products a few weeks ago. I’m glad I didn’t. Won’t be considering buying one again”

So said a candidate to me last week about a company whose brand extends into the High Street. Did he have a bad experience? Bad customer service? Was he let down by faulty workmanship?

He was a rejected candidate...he’d applied for a senior role, had 5 interviews including meeting most of the operating Board, giving a… Continue

Job Post Optimization: What are your Candidates Searching For?

Today, reaching people on the web is all about content. Not only does your content need to be well presented but it has to be relevant to the group you are targeting (and you have to show this relevance in a hurry). The biggest benefit of this content generation though is that it’s shifted the focus of how you acquire customers from having to go out and find customers to having customers find you. This is what is called…

It's no secret that I'm in love with technology. I enjoy getting my hands on the newest gadgets, widgets, apps and devices that are available and figuring out how they work - or just enjoying what they do. I've been known to go a few sleepless nights here and there just because there weren't enough hours in the day to wrap my head… Continue

Their Future... Up In The Air 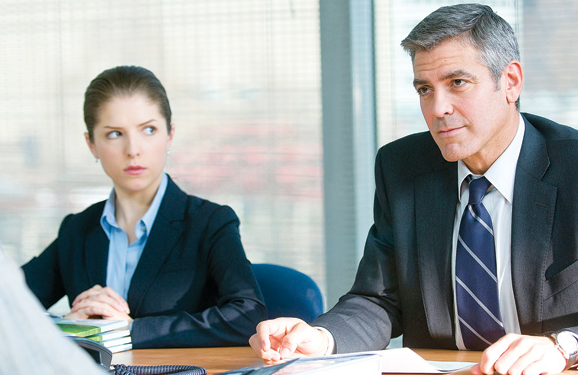 I watched the critically acclaimed movie "Up In The Air" last night - and I'll be honest: I wasn't all that impressed.

I can't get the movie out of my mind (which is a good indicator of a
good movie) - and I've spent a lot of time thinking about what it has
said about our work force. Without giving anything away: George
Clooney's Company fires people. To sugar coat this…

Here is part two video of Mobile Recruiting. Please comment and give us your input / feedback.

While looking for some stats for a company we help in the games industry I was surprised to see the market share iPhone / iTouch has taken from the portable games console market. The PSP lost 9% share
and Nintendo DS lost 5% share putting iPhone at 19% market share, based
on portable game revenue. Considering most games are…

While examining the pros/cons of using social media tools for recruiting, I've often seen arguments highlighting the cost of these tools as a determining factor in adoption. Currently, many of the most popular social media tools like Facebook and Twitter do not charge for using their services. In comparison to recruiting via job boards or third-party recruiter, the lack of direct financial expenditure for Social Recruiting seems compelling. Just because the services are free right now,…

The Power of Language - Why 1 word really matters.

We often overlook the power of language. We don’t always appreciate the emotional impact a word can have on the dynamics of a relationship – the way the same word can bring 2 people together, or pull them apart. A single word can evoke feelings of excitement, amazement and anticipation in one and fear, denial and regret in another. The selection of that single word can forever change the path and journey you are taking. We forget that as hard as we try, once said, those words cannot be taken… Continue

Coffee is for Closers

We hear it all the time – Recruiters are sales people. Whether you work in an agency or in-house, your job is to track down leads, fulfill metrics and often times convince people to do things they may feel reluctant to do. But what kind of sales person do you want to be, and more importantly, not… Kids. Your Mom and I have made a decision. Between soccer, basketball and karate practices; piano and dance lessons, scouts and bible study you both are out of the house more than you are home. It seems all you do is sleep here. Same goes for your Mom and me. If we’re not coaching or driving… Continue

Who is Your Company Evangelist?

Traditionally, the CEO has played the role of company evangelist. In fact, having a single company representative was perfect for a broadcast, one-way method of information dissemination. However, with the rise of social media and the corresponding call for authenticity, having the CEO assume the role of evangelist is no longer necessary or even desirable. Just as most consumers are mistrustful of direct advertising, there is also an increasing likelihood that statements from your CEO may be…

Managing a Prima Donna in your recruiting team

Here is the last in the 4 part series on…

Linkedin - Just How Good is it?

I have like all of us in the recruitment industry seen the huge growth of Linkedin and have written about it and what it is on many occasions - Is Linkedin a Job Board? seemed to be one that got the “chattering classes” chattering.

I have been overwhelmed with the number of queries my last blog post has generated about mobile data.

So in response I have put together some slides to help share the data from the various questions.

Did you know 87% of new Internet subscriptions are mobile broadband / mobile web on mobile?

Why is AppStore a marketing channel?

As promised, I will now continue with part 3 of…


People ask "how do you get ideas to write all the time?".. Life does it, seriously, things pop up from nowhere and fester in your mind, and boom there is a blog post in the making. Whether it be good or bad... whatever, a post is there.

This happened to me tonight, watching idol of all things. One of the contestants sang "You can't always get what you want". I love this song by the way, but it stirred something inside me.

I was guest judging at an… Continue

Catching up on Twitter yesterday, a tweet by Matt Alder caught my eye. Called 'Resumes are Old School, Use SlideShare & Twitter to Get Hired' Matt was referring to the story of Laura Gainor, PR and Media Strategist at Comet Branding who used Twitter and Slideshare to secure her current role.… Continue

Some recruiters remind me of my house hunting days. I’d go to great effort to describe what I was looking for - the area, the price range, what I definitely wasn’t interested in etc. and lo and behold I would be bombarded for weeks afterwards with details of properties that were too big or too small, in a different location or not in my price range. I often think it must feel a bit like that for…
Continue

They Shoot Recruiters, Don't They?

A question for corporate recruiters and hiring managers...if a contingent hire goes wrong, which of these is likely to be at fault:…

Sourcing – Recession or not!

How can you stop sourcing in the HR world? Or researching? Or name generating? Or pipeline building? How can you say you never need to look for people or that you have enough? OK, I’m done let’s close shop? Not happening in my world!