So in the course of any one day I get a stack of emails from people that seemingly have no idea how/why to apply for a role in the creative industry. Normally it’s cool, I’m polite and reply with a, “thanks but no thanks…” sort of thing, trying to offer a piece of advice where and when I can. But occasionally, towards the end of a long day, I don’t. And I write something like this:

Captain Obvious and the Lowball Offer

As a recruiter, I’ve had to learn to adapt to many different personalities. (Haven’t we all?) This applies to both candidates and hiring managers alike. When it comes time to make an offer, you’d better know the personalities on both sides very well if you want to make the deal.

There are candidates that can’t stand negotiating; they hate it as much as they usually hate…

The Pizza and French Fry Test

A few days before arriving here in Copper Mountain, Colorado for our Spring Break ski trip, I asked my sixteen year old son if he thought he still remembered all of his skills. “It’s been five years Ben,” I said. “How do you think you’ll do?”

“Are you kidding,” he said. “All I gotta do is pizza and french fries.”

For those who don’t know what Ben was referring…

Recruiting and hiring is really about developing relationships. Relationships require time, trust, and mutual interest. So while setting up a jobs page on Facebook or a company twitter account may be great for brand awareness, I’m not sure what it does for finding the right person to hire.

A Nurse, an Engineer, an Insurance Salesman, a Police Officer, and a Recruiter

What gets you up out of bed every morning? What makes today different than yesterday? What drives you to succeed in life? What are you looking for out of life?

You could take these series of questions and answer them in a number of different ways. Your answer could be based upon your career, your family, or they could be taken into talking about your spiritual beliefs. When you are searching for employment, there are several important considerations that you need to take into account. One of them is to know how to behave during an interview. Experts argue that most candidates lose job opportunities not because they do not have the needed qualifications but because they fail to impress their…

‘Every day you hire someone, it could be your next CEO !’

Talent means the skill that is within someone quite naturally – to do something that is hard. At the same time, someone who has the ‘talent’ is able to do something without trying hard. It is an ability that someone is born with. It is a high degree of ability or of aptitude. Someone who has talent is referred to as talented: For eg., Sachin Tendulkar has a talent for playing cricket. In such cases, we say that he or she is ‘born with a talent’.

All this fuss about Social Recruiting and Recruitment as a Marketing function. Marketing successfully implemented, drives purchase decisions, inspires a call to action, and, if broadcast and amplified on social media as a channel, should drive…

Think before you Tweet: How a Dongle joke got 2 people fired

In one part of the world, a butterfly flaps it's wings. In another, there's a Tsunami.

That's what happened this week, and two people lost their jobs because of it.

Recap of this week's RBC lessons: don't monkey around with lies

Both #1 & #2 may become trending topics for various reasons

I hate job descriptions! (...and this is why)

Did you know that job seekers use mobile devices?

MobileInAction caught up with Jim Stroud who helped created two episodes. In "Jobseekers use Mobile!" @JimStroud shares some great stats while having fun.

Does Time of Day Affect Your Job Interview Success?

Job interviews are already stressful enough as it is. Now we're hearing that the time of day you take your interview can affect your chances of being accepted for the next step! In fact, there are even studies that say the day of the week matters.

Whatever is a jobseeker to do? Let's dissect these new findings and then figure out some super stealth ways to ensure your interview goes well, no matter WHEN it is.

Afternoon Interviews Are At a Disadvantage

Big Data: Is there anything hotter?

Big data really is the ultimate buzzword for 2013 and I am shameless to say that big data really does bring out the big geek in me.

It’s just plain sexy isn’t it? All that swanky data flying about the place, waiting to be caught, analysed and converted into knowledge and return.

According to IBM, every day we create 2.5 quintillion bytes of data – so much that 90% of the data in the world today has been created in the last two years alone. This is a mind-blowing statistic that…

Here is our weekly feature in which we share the top articles we enjoyed from the past week about recruitment marketing, social recruiting and anything else in the recruiting space. In this article, we’ll be talking about the Source of Hire, outlawing HR, recruiters and refs, the value of sourcing and talent acquisition value mapping.

Here are the articles that interested us this week (in no particular order),…

Why Courtesy Interviews are always worth the time

Talent Acquisition is a lot like courtship/dating. In Corporate Talent Acquisition - you have to be a grade-A slut, totally promiscuous, and with rocket-powered libido. That means never settling down with anyone permanently, constantly sourcing new prospects to date and get to know, and cutting…

Airports are still an economic factor for jobs in aviation

Jobs in Aviation correlate with the increase in traffic. That shows the development of the past and this will also be in future as well. Increasing  the factor of transportation of people and goods raises the quantity of jobs for women and men on airports. This is not only demonstrated in job advertisements of airports and airlines. It is also shown in the increasing of jobs in surrounding regions. Aviation jobs ensure also building homes for employees,…

I hate resume templates … and here’s why! 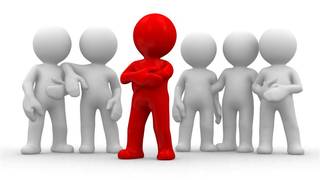 Do a simple search in Google for “Resume Templates” and you will soon find that there are literally thousands of templates that you can copy and use. There are even many companies that sell these exact resume templates online.  As a resume writing specialist,…

I don't know about anyone else out there, but I have not been receiving any quality applications from my job postings. Don't get me wrong, I don't necessarily rely on these postings 100% of the time for candidates, but I expect to get a few keepers out of them.

I have been doing my usual database, LinkedIn, referral, etc recruiting with these postings on…