Does your recruiting tell a story?

They say every picture tells a story. Well, I think the same is true for new media (podcast/video/blogs) when it comes to recruiting the next generation of talent. Take a look at at what 2 innovative companies are doing with their new media initiatives.
One is Sodexo which recently launched its own career podcast show called the Sodexo CareerCast… 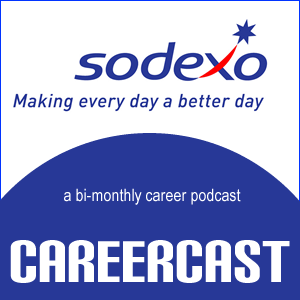 Eric Jacquith is ubiquitous, and he’s an enigma, and he wants to keep it that way. He’s so successful exactly because he lurks in the shadows sourcing, providing recruiting strategy, and executive project management for
global talent management initiatives.
He’s a consultant extraordinaire.
Just ask anyone in Atlanta.
Just ask anyone in…

Playing Hard To Get...Will Get You Nowhere

It has been a little while since I wrote a blog post dedicated to the stupid stuff candidates do...so sweet, clueless candidates, this one is for you. ***raises tall Red-Eye from Starbucks in mock salute***


As girls, we are taught to play hard to get to get what you want (or at least men). I've never really paid attention to this rule...namely, because I'm naturally so awkward it wouldn't really matter what I did. The (less than favorable) end result was always the same. I was a… Continue

Beyond Good Recruiting: Why You Need to Change Your Approach

I think Amazon had me at: "Amazon is building brand new recruiting tools and services from the ground up..." Which makes me kind of a geek. I'm good with that. I'm also very happy to see lines like that in job
postings. We're going to need many more…

Where did that hire come from, anyway? And who cares?

A long time ago – say, in the early 1990s – employers had a very good
idea where their job candidates originated. Most came from ‘word of
mouth’ and the rest via newspaper ads.

Not so today. In a world where candidates can discover jobs via Twitter, job
boards, social
networks,… Continue Companies now have to put on their "selling shoes" to the candidates. They need to articulate the positive points of the company, culture and the position; create some excitement with the candidate. Companies are so busy "screening out" that they forget to "screen in" candidates. We no longer can assume that we have the only position open in a poor economy and candidates should be grateful for this position.

What makes you more employable in 2010? #7 Communication

To make you more employable in 2010, #7 good ‘Communication Skills’ is vital trait to master.

Effective communication is the lifeline of an organisation. Employers want to discern if you have the ability to organise your thoughts and ideas effectively to achieve business goals. Good communication not only enhances any organisations productivity, but also improves the overall working environment.

We at SMStheJob know that good communication…

Jump Ship: Everyone is doing it


In 2008, Employees and Contractors held their seats for dear life to avoid being laid off and out of work.

In 2009, we saw economic recovery, however more…

What else can a Recruiter Do!!

What else can a Recruiter Do!!

The great debate within companies has been around for some time. You are a "recruiter", that is all and what you do. That is what they say…

By most estimates, the military produces hundreds of thousands of
civilian workers each year. Chances are that your business will consider
a veteran for employment.

Based on my experience with both veterans and companies looking for quality employees, consider the
following before hiring a veteran. You'll find these are the same for
any applicant.
Continue

The idea behind MHCS is one of training, informing and…

Why do you all hate your jobs? This might be a bit untrendy, and I’m not expecting to get featured anywhere for it, but I’m going to say it anyway. I think most Recruiters and most H.R. professionals do a pretty good job. I also think that most care about their candidates and clients and add plenty of value to the recruitment process.…

This would seem like a no-brainer. You are right in the middle of the candidate process for a great job at a company that you admire and the inevitable question comes up, “can you provide professional references and written permission to check them?” Umm…you know I have some questions about that for you, Corporate Recruiter. Can we talk?

In November 2009, I transitioned from Agency recruiting to working with a fantastic corporation, Dex One (formerly known as RH Donnelley) as a Sales Recruiter. Check out my twitter at http://twitter.com/Marina_DexOne to see our Illinois (and occasionally Vegas/Iowa!) job postings!

Unfortunately, we do NOT use outside recruiting assistance for our hires. Thank you for your interest!

Our current unemployment rate is like the McRib sandwich. With a lot of
hype and marketing, the McRib was McDonald’s finest obesity marketing
scheme to date. It was a boneless pork patty shaped like it had bones.
Then it was slathered in BBQ Sauce, and eaten between a spongy sandwich
bun. Whenever the sandwich made a comeback tour, every teen, nerd, geek
and weed smoker communally grubbed on the McRib.

The unemployment rate made a comeback tour and hasn’t… Continue

Here is our weekly feature in which we share the top articles we enjoyed from the past week about recruitment marketing.

This week’s topics include social recruiting, transforming your employee referral program, texting for…

It's a funny old world, recruitment. On the one hand, you have some recruiters talking about social media like it's the second coming. On the other, you have others saying its simply the recruitment equivalent of 'big hair' - a fashion fly by night that has a shorter life than your average cheap firework.

Rarely though, do you find a recruiter that champions social media in one breath, then goes on to snuff out its potential in another. So midly surprised was I, when I picked up the… Continue

In a recent post of mine that drew some parallels between David Mimet’s Glengarry Glen Ross and recruiting, I included a section called “Selling to the Nyborgs.” This section addressed the importance of being able to identify candidates that will talk the talk, but won’t walk the walk. In other…

The Intersection of Brand With Talent Migration

Funny thing. When you have actual, honest-to-goodness, freaking wonderful time to read, think, talk, and then digest all that delicious stuff into energy. When you
have time, you get to refuel. When you're as fascinated by every bright
and shiny object as me, that can mean a lot of tanking up.

I've found myself most fascinated - if I can find a…

The Job of finding a Job!!

The Job of finding a Job!!…