It's always an honor to be recognized for the work we do - and I'd be lying if I told you that it's not kind of fun (and funny) when we see our names make a list of nearly any kind. But it's humbling when we have the fortune to make a listing with peers and colleagues that we have a tremendous amount of respect for and that is based on the work and influence we own. Well... it is for me,… Continue

TalkBack Mobile Recruiting – Are you Talking?

What is TalkBack Mobile Recruiting #tbMobRec?

I want to hear what job boards, recruitment agencies and anyone in recruitment is thinking about or dreaming about when it comes to Mobile.

Internet has revolutionised the recruitment industry but the Internet is changing shape fast. In under 4 years more people will use the web on a mobile device than on a… Continue

Having helped more than 800 staffing and recruiting firms automate their operations, Tim Giehll, CEO of Bond Talent US, brings an interesting perspective to the subject of continuous process improvement, and he does not believe the days of Six Sigma are over. He does acknowledge that, without the star power of Jack Welch and Larry Bossidy, Six Sigma is no longer grabbing the attention of the media the way it did in its heyday, but says it is still "alive and… Continue

I always start off my morning the same: get up, take out/feed the dog (Penny), get myself together for work, pour my cereal and coffee and grab my copy of Entertainment Weekly…I mean the New York Times. Yesterday was no different. Cereal was in place, newspaper was in line. All I needed was my coffee and I was… Continue

If you missed on our 3 part blog series, check them out:

I've been lucky in my career at times. I've had some good people around me who have been generous and truthful with their advice. Some good, some bad, always thought provoking though.

Some of that advice has been reinforced to be recently. The last 5 weeks or so, I have been helping out around the house, trying to stay out of the way of my lovely wife and our new baby. Wrangling the elder two kids away, and doing jobs around the house that, well, let's face it, I'm not well renowned… Continue

The future of job boards is…

The future is alluring – nothing bad has happened yet, you haven’t made any dumb mistakes yet, and anything could happen. In fact, the future is so much fun to write about that I am going to write about it (with my job board industry goggles on, that is).

So, let us finish the following phrase in as many interesting and contentious ways as we can, shall we?

The future of job boards is… 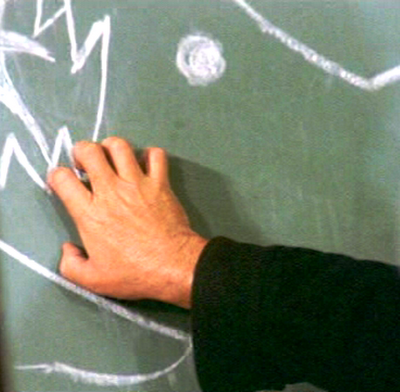 “I'd like to add you to my professional network on LinkedIn.”


Those of you that use LinkedIn frequently know the above quote well. It is the generic, prepopulated language that LinkedIn provides when you initiate an invitation to
connect with someone. For me, it is like
nails on a chalkboard. Or,…

If Google Says I'm the Best Recruiter in the World... It Must Be True

You may have heard this phrase before:

I believe that statement is very true, but since we live in an increasingly online world, maybe it should be modified to:

"It's not who you know, or what they say about you... it's what Google says about…

Get ready for your recruitment woes! – It is closer than you think.

I have talked a lot about how regardless of our economy we are in a labour shortage – period. With business climbing back and companies looking to hire again (yay) they think – no problem, we’ll just throw an add up online and get lots of great people to choose from. So how is that working for you?

In my estimation there are really 4 waves of hiring and available staff coming out of a bad economy and in to a strengthening one.

Skate To Where the Puck Is Going

As our knowledge and learning about Social Recruiting continues to evolve, it might be tempting to simply try to mimic the success of the emerging case studies. However, these case studies should be used not as turn-by-turn directions but more strategically as the foundation for future success. As Wayne Gretzky famously described his hockey strategy, “I skate to where the puck is going, not where it has been.” For someone described as the best hockey player of all time, despite being…

Each person has many opportunities for self-improvement that fall in line with his/her self –awareness, or “realized, developed skills.” The recipe for effective self-improvement is as…
Continue

Client Not Paying Me- Suggestions Please

I met with my new Travel client 4 months ago in NYC, the appointment was set up by email.
The meeting went well so I thought, they needed my services they are a small French.Travel Agency.
This was strange she did not call me on the phone, I like to talk on the phone at least once before a meeting.
I decided to take a chance and meet her so I did.
She made me link to her Facebook account before the placement was made she contacted me mostly by email. I thought it was nice so… Continue


Today staffing firms are under pressure to do more with less - and to stay connected, even when on the go.

How can you reach these objectives using traditional staffing systems that tie you to one location and one internal server?

The solution is to leverage staffing software using leading-edge Cloud Computing technology, which enables you to access to your most important business applications anywhere there's an Internet connection.

Second Wave of Social Media, Part 4 – The future of blogs


The blogs. Will they be here tomorrow, in the age of Second Wave of Social Media? How will they look like?

I have read recently in several articles and blogs that the golden era of blogs is gone, and they shall clear the space for more modern tools of social…

While sitting in front of your current/future Boss and they ask that infamous question; what salary/rate are you currently considering - do they even mean it?

The First Rule for Small Business: "Collect Your Money"

The First Rule for Small Business: "Collect Your Money"

If you own or manage a small business, you know the importance of cash flow. Without it bills can’t be paid, payrolls can’t be met, and stress infiltrates the…
Continue