Don't Just Pat a Veteran On The Back: Do One Better-Give them A Job!

The Longer the Gaze, the Greater the Familiarity

Sourcing Patterns: The Longer the Gaze, the Greater the Familiarity
Russ Moon's picture
Submitted by Russ Moon on Thu, 04/22/2010 - 9:22am

Have you ever noticed that the longer you look at something the more familiar it becomes? You notice all the textures, nooks, crannies, the uniqueness of an object, the detail.

I thought about a trip I made with my wife to attend a conference with her in Philadelphia during the World Series last year.

We visited the… Continue

Semantic Search~BooleanBlkBelt and "ERE" and "6Sense" or "Resume Parsing"

Interviewing: The Doppelgänger of Dating

Let's compare how you prep for both and how you conduct yourself during & after.

To prep, you:
Pick out a great outfit; something impressive, yet not too over-the-top.…

Whether you’re exempt or non-exempt, we have all become hourly employees The answer to the ‘HOW’ is so simple. Ready…… Continue

Getting started ...Step 1 to recruiting in the social media world

Well you've got to start sometime and somewhere...so I must confess...this is officially my first blog..!!

I am an HR professional with over 15 years of experience with a passion for recruitment. I love to challenge my recruitment stategies and find myself on a mission to build my "virtual" community and become a leader in recruiting with social media tools.

BUT, how do I start and what do I do first??

Well this is why I am starting this blog. I will share…

This is not, by far, a scientific study or measured analysis but it seems to me that the slowest part of my day, meaning incoming calls, emails and people answering the phone, happens from about noon until 4:00PM. Then from 4:00 until 5:30, it all picks up again. …

Here is our weekly feature in which we share the top articles we enjoyed from the past week about recruitment marketing. This week’s topics include the top interview deal-breakers, breaking down talent…

#SMIR was it any good?


April 22nd 2010 was the second year for the Social Media In Recruitment Conference. If you follow me on Twitter, I provided a real time update on what the event covered along with others on the #SMIR tag. During lunch we
grabbed @SiteAdvisor and went round asking the audience what they
thought.

The video I blogged over at…

Has Social Recruiting reached the Tipping Point yet?

For those of you that don't know what I am referring to, when I talk about 'Tipping Point':
The Tipping point is when the event of a previously rare occurrence become rapidly and dramatically more common
(If you want to understand this in a commercial context, then Malcolm Gladwell's bestseller… Continue

Quote from Jeff Weiner, CEO of LinkedIn.com “…we estimate there is nearly half a billion professionals in the world, and we are at north of 60 million today”

Like many search consultants and recruiters I use social media websites to find candidates and have no hesitation in recommending LinkedIn as it’s one of the best. A treasure trove of information, I log in everyday and have been building my…

…FirstScreen™ not only fulfills the much demanded talent screening solution for the Irish market, but also strongly positions HireLabs to extensively service regional markets through it’s channel partners.

Thank you for joining us on discovering the traits that make you more employable in 2010, this is our second last trait, before we bring you a new series of great posts and information, so stay tuned!… Continue

If you missed the 1st part, check it out: Job Ad Posting Distribution: Rise of Niche Job Boards.

For the second part of this series, we’ll take a look at Job Search Engines, describe what they are and the inherent advantages they provide when distributing your recruitment…

Stand out in an interview? OK, but not too far out.

You wouldn’t show up at a dinner party you were invited to with a serving of fish in a cooler and ask your host to cook it for you, would you? The host may remember you, but not very fondly. Similarly, savvy candidates will often try to make their mark during the interview. We instruct them to do so. And yet there is a tendency for some to take it too far. Typically we find out from the client interviewing the candidate just how far from center they strayed. There can be a fine line between… Continue

The Four T's of Success 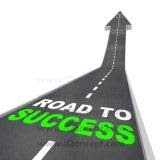 In this time of recession and recovery, the greatest opportunities of your life lie ahead of you. Your mind and your being, combined with purpose, will produce your best work yet. Never suppose that you are nearly finished, for…
Continue

The Basics - What Are Yours?

Basics – I use this word frequently when talking with my teams. It’s usually during a pep talk “…don’t forget the basics…” or when someone has made a mistake and to me it was a “basic mistake”. Basics – the core skills we use to do our craft. People will argue which basics are more important or what even the basics are for recruiters. Each member of my team has received their recruitment training in a different place, time and environment than me but when I hire a new recruiter I try to see…