"Yeah I've Recruited before. I had to hire people for my team. I know what you do, its your core job, what do you mean you cannot hire everyone we think we need? I mean I know how difficult it can be at times. But I read the news, I know what is going on in the world, this isn't one of those times. You're job must be easy now. There must be candidates everywhere, I mean how hard can it be to hire in a recession"… 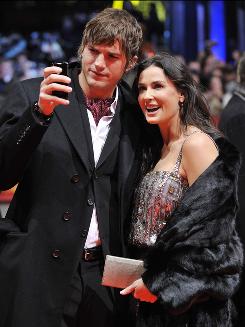 It's time for another star studded recruiter get-together on Twitter! That's right recruitwiterati, #TalentNet, the hashtag event that burned up the Twittersphere last month, (trending right at the top with American Idol) is back for another go-round this Wednesday night, May 27th, from 8pm to 10pm Central time (and the last Wednesday of each month, for the foreseeable future, at that time).

would a trained expert in behavioural science make a better HR manager ??

should behavioural science be a component taught as part of HR training ??

are frozen foods good for health ...how long do they retain freshness ??

are frozen foods good for health ...how long do they retain freshness ??

Protecting the network ...GUILD or Bureau

Given the context ....would the members ...be vigilant and keeping parallel networks or guild or bureau's from sprouting and creating chao's


or would you see them as a healthy competition ...that encourage ,,,market spirit ...that enhances the profession for a cause ??

The average U.S. office worker goes through 10,000 sheets of paper a year. Instead of relying on a manual paper intensive hiring process, go green with the online applicant tracking system!

- Reduces your carbon footprint: Remove the paperwork from your hiring process by… Continue

A jobcast is an audio interview with an employer about their jobs & culture. This one is with GE for their leadership program called OMLP. Learn more at Jobs in… Continue

Did you know? Gofishrecruiting.com allows us to make more placements. From Thomas F.X. Licari

Subject: Did you know? Gofishrecruiting.com allows us to make more placements. From Thomas F.X. Licari

Free recruiting tip: How to create a new revenue stream and make more deals in a down economy - check out www.Gofishrecruiting.com

Have you checked-out this new website I found, www.Gofishrecruiting.com. Go Fish is a recruiter candidate and job exchange website that will be a great benefit for all of us. The site is FREE and allows us to confidentially… Continue

How to keep employee's busy??

if the employee's were asked to answer why aren't they busy ??

interpreting productivity implications and the employee stress or workout or satisfaction ?? ...and valuation of the employee.

evaluation of the following....
bonus'es ...gifts ...thrift based gifts as perks ...to both retain and keep the employee's busy ?? ...from the
point of cultural… Continue

If you want to give any of your clients a free booth at a major job fair supported by city government, charities, civic organizations and the media...Let me know...

It's a favor to them. And, sorry to repeat it, it is FREE.

So...If I gave you a way to speak with any hiring authority or Senior HR exec., would you care?

I'm not a recruiter right now. I once was. I may be again someday.

I remember that it was tough to get past gatekeepers and get the attention of hiring managers. I was good at it. But, it still S*%^ED.

So, I offered a recruiter a way to connect with virtually any senior HR executive or hiring manager using a very positive, non-threatening approach that virtually assured a face-to-face meeting. Interestingly, he declined. He didn't argue that the approach wouldn't work. He… Continue

i would like to know of any countries that run a thrift based economic model or economy ??

Is "SORRY" really the hardest word?

I love my football, I love my Carlton Football Club, and my mood on the days they play, effectively mirrors the way the team plays. I understand it is a game, but it is a release, an escape if you will. It is a great leveler, CEO's and Parliamentarians and truck drivers and people without a job, pensioners and students are all the same. It doesn't matter who you are, if you are personally invested (not so much financially) in some way. The ramifications of those 22 players (AFL team) has on… Continue

DRIVERS WITH VALID U.A.E OR GCC DRIVING LICENSE WILL BE GIVEN FIRST PREFERENCE

How long can you last?

In one position I would jingle my car keys at about 7:00 p.m. letting my manager know I was finally leaving after working for twelve hours. At another company I would see people sitting at their desk playing on the internet to look like they were working - staying as long as they could for political reasons. I heard employees arguing about how early they came in and that they stayed later than everyone else, but yet they still had nothing to do. Why is it in some corporate cultures sitting in… Continue

Does anyone have any good companies that can remove rip off report from Google searches? My company had petty person, write negative information about us. (We just made INC 500). It is the second to come up on Google searches, and it leads a bad reputation for a great company.

The vote is still out on the advantages of having and sending video resumes. I have read many articles on this subject and the decision is pretty much split right down the middle as to whether they offer a real benefit as opposed to a traditional resume. I have diligently completed a Visual CV as well as profiles on LinkedIn, Facebook, Recruitingblogs.com and Twitter. I am socially networked and totally Googleable… do I really need another web presence to drive people to find/contact/reach… Continue

In a conversation over the last week on RBC the subject of cold calling came up. One responder said that cold calling is unprofessional. Now to this person's defense, they were saying that they believe warm calls are more professional and that you should know something about who you are calling before you call. As I spent much of the past week cold calling, I chuckled some and thought a little about this conversation and perspective. My perspective is that this is an apples and oranges kind of… Continue