With our social networking and recruiting worlds colliding between candidates, friends, colleagues and family one begins to wonder… Where should the social boundary be?


For those that know…

How to lie on your resume, get away with it and have a great career!

You may have clicked here out of curiosity, or because you just couldn’t believe someone would write an article that would actually give you the tools to ‘get away with it!’, or perhaps you really are interested in my advice. Well I hate to disappoint you!

Honesty is (ALWAYS) the best policy when searching for a job.

I know you’re nervous, anxious, maybe excited, about searching for a new job. You’ve spent a lot of time thinking and writing the best possible resume you… Continue

I've been doing a lot of thinking and reflecting this week around social media comments and conversations. I'm always surprised by what people actually do and say on the internet via blog comments. Sometimes they are hurtful, malicious, angry, and just plain ridiculous. Other comments are inspirational, encouraging, relevant, and fun. All internet activity is trackable, searchable, and… Continue

# 10 The Guru Recruiter/ Luck/ Voila/ Out of the Genie Bottle comes the perfect candidate in your EMAIL ! JUST IN TIME for THE HIRING MANGER'S 3 PEOPLE ROLLED INTO ONE JOB SPECS. THEN COMES THE PERFECT CANDIDATE TO MAKE THE PERfect PLACEMENT, MINE ACTUALLY SAVE THE CLIENT 4 Million Dollars in two months.............It is all about your energy in the Universe! That is why I am a Guru… Continue

I’m sure somewhere along the way you have been asked to take a personality test for a prospective employer. I especially love the Myers-Briggs personality test. Each time I take it, I hope the results will change to show that I am beginning to rely on facts instead of intuition - but I guess that is just who I am.
The original developers of Myers-Briggs created it during World War II. They believed that knowledge of personality preferences would help women who were entering the…
Continue

The Black Hole of Recruitment - The Applicant Tracking System

I am completely annoyed with the Applicant Tracking System blackhole. Let me explain.

I am a Recruiter with 15 years of experience. And prior to Recruiting, I served staffing professionals as an Assistant. So, I have been in Staffing for a long time. My staffing experience pre-dates the automated systems available today. Yes, I grew up in the era of receiving paper resumes. Yes people, you heard correct. I said PAPER RESUMES. I had to physically keep a…

Building Your Talent Network: Sodexo Does it Right!

One of my favorite articles last week was Omowale Casselle’s “I’m Not Ready to Apply For A Job Yet“. This article is a great piece on engaging with potential candidates and ways to educate them on… Continue

The Importance of Personal Connection in Business

There’s nothing quite like a personal tragedy to nudge a person into a state of reflection. My father passed away on May 30th after a massive heart attack. At age 67 he appeared as fit as anyone I know at any age. He swam twice per day, once in the early morning and again in the late afternoon, and managed his diet effectively so he was trim and athletic. With no history of heart trouble there was no reason to suspect that he had total or near total blockage of all major…

What you know about Internet Resume searching is wrong

Do you use search engines to look for resumes on the Internet? Do you use exclusions such as "-jobs" or "-submit"?

If you do. Stop it. Read on and I'll tell you why.

First a story about Easter hams.

To understand what I am going to say about searching for resumes, you will need to be in the right frame of mind. Here we go...

A little girl was closely watching her mother prepare the Easter Ham. She was… Continue

5 Tips on Employee Hiring from Jeff Lem, CEO of qdata and President of EO Toronto 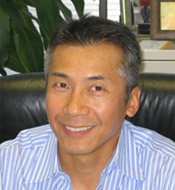 This week, we’re connecting with my friend Jeff Lem, CEO of qdata and President of Entrepreneurs’ Organization Toronto (EO/YPO). Jeff is an incredible leader and
technology visionary who is not afraid of growth.

Jeff’s company, qdata Inc., has grown to 40 employees and specializes in…

This is a re-post from our Blog at Recruitinglounge.com

We are doing our annual overhaul on Job Board Reviews and each year I am surprised over the amount of new sites added and sites that have fallen
off the map. Over the last 11 years, I have watched so many new job
boards pop up. In fact, that is the reason I started JobBoardReviews.com to help
job seekers and employers sift… Continue

In addition to finding clever ways to chastise the unqualified applicant, I propose we begin to hold the job… Continue

HIRING MISTAKES CAN BE EMBARRASSING.

After watching part of the congressional hearing during which the CEO of BP became a piñata for the posturing , lynch party of our illustrious representatives, I have come to a great realization. We, the American public, you and I Bubba, us folks, have made a giant hiring mistake of the…

The big get bigger, and the small kick their a**

If I wasn’t already excited about the potential for 2010 to be a better year, the start of February cemented it. Three mega-deals were announced the first week of February by Monster, Manpower and Spherion,respectively.

Details on each here:


Don’t care what highway or parkway, and I’ll tell you why…. 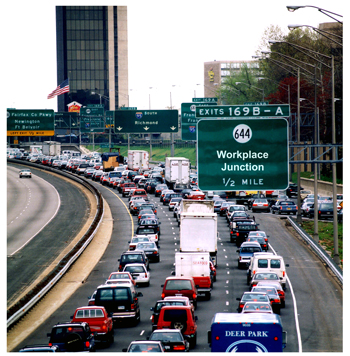 As a kid with a parent in the recruitment business, I learned at a young age that there were many non-conventional ways to get a feel for which way a job market, or economy for that matter is heading. Some people look at how full… Continue

In recruiters' rush to take advantage of the social media phenomenon, the power of email may have been overlooked. In fact, in a number of business studies conducted during the past year, email has been found to convert more prospects to customers than social media efforts alone.

Recruiters have traditionally relied upon email to market themselves, their services, and their job orders to candidates and companies . . . long before social media sites like LinkedIn and…

We all reiterate to ourselves the importance of optimizing our job efficiency; but it’s always a lot easier said than done. Such a vague demand on ourselves often falls outside of our work comfort zone. Why is that? Well, usually, we all work the best we can; for if we did not already, we would know exactly what needed to be done to increase efficiency. As such, the idea of improving efficiency can be a bit intimidating and stress-inducing. I think the solution is basic and… Continue

One of the main concerns about using social media for recruiting is that employees utilizing these tools will take actions that will damage the employment brand of the company. While this is certainly possible, there is also the potential for damage to be done using the telephone, email, or in-person. Perhaps, it is the ever presence of the web or the publicity that well-known brand gaffes have received that is leading to an overabundance of caution when determining how to use these new…