How do we assess Value in a boutique recruiting organization?

Building a recruiting organization is tough work. A recruiting firm is quite different than any other company in any type of industries. Why? The basic nature of our work is different from the rest of the world. We (as recruiters) don't have measurable assets that we can sell when it comes time to find a potential buyer. What can a potential buyer see (as measurable assets) in a recruiting organization?

As recruiters, we can normally say that our 'client lists' are our prized… Continue

The ? Of The Unrealistic "JobStar"

"I have a few questions I would like the answers to before we go forward," says the great candidate for the job. I recruited the individual for a position down the road. I interviewed, qualified and re-qualified. Felt good about the answers.

Person came back with questions -typed an email even - they seemed legit and I liked the effort. Questions you might have, questions we hadn't covered yet - "Why is the job open? What is the bonus structure?" I knew most of the answers but just… Continue

Paralysis in the Employment Industry

C’s Make Degrees. Are You Filtering Good Candidates With GPAs Below 3.0?

For those of us who have been required, scratch that, privileged, enough to recruit college students, screening resumes can be…interesting. You scan a resume, review the candidate’s education, and notice they conveniently left off their GPA. Uh-oh. They might as well list “didn’t study enough” under the activities and interests section. What is often overlooked, however, is for those that may not have studied as hard, the extracurricular activities list is typically in abundance.…

There Is No Alternative – You are a RECRUITING PROFESSIONAL!! 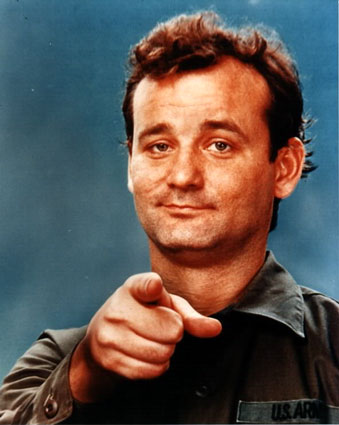 I have now been actively looking for a new job for 2 whole weeks. This is Day 10. I’m counting the days as those on which I actively seek work, or at least should be. 2 weeks wow!! I remember sitting in the office on my last day thinking it is so cool to have August off – I can enjoy the summer and relax. I expect this is pretty much how everyone else would react too.…

Every decade brings a new buzzword with itself. This one brings – “Social Media”…

Early-users has definitely started calling it ALA “Dot Com Bubble” of internet. We have to remember that it merely serves as a “Tool” and not as an entire “Strategy” with a stand-alone usage.

Well, with this post I would like to highlight a big “Don’t” in Recruitment as far as social media goes. Social media does give a large visibility on internet with it’s advance tools…

If you’re a sports fan like me, you always have an opinion about a professional athlete’s skills and abilities. Whether you’re trying to determine if Kobe is better than LeBron, or if Brett Favre is the greatest quarterback of all time, every sports fan has an opinion. One of the biggest debates in the NFL recently has been if former Florida Gators quarterback Tim Tebow will be successful as a professional, or if join the list of College Allstar turned NFL Bust.

How to make the most of transferable skills

Last week, we got a request for a Proposal Co-coordinator from one of our engineering clients. They needed someone for a few weeks to help pull together and format a massive amount of information for a proposal.

I immediately thought of a candidate that I had met recently. She had been laid off from her position as a meeting planner/event coordinator. My colleague looked at her resume and asked why I thought she would be a good fit.

What does a good event planner do… Continue

Toxic Lifeforms That Lurk in the Office 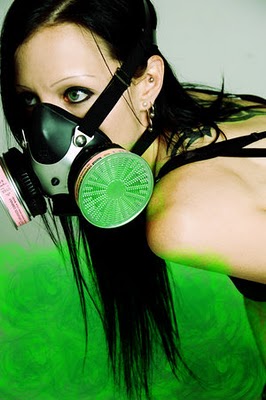 There always seems to be that one person at work that you just can’t stand to deal with, let alone before you have grabbed at least 2 cups of coffee in the morning! They are toxic and cancerous to the office atmosphere seemingly seeking to destroy any ounce of hope and suck out all of the joy that you may have!


Believe it or not, there are ways to survive working with these characters, keep your sanity and still…

Do you see writing job ad copy as a bit of a chore? Something that you put off until the last possible minute and then hastily throw together with more than a little apprehension or doubt? Use this simple nine step guide and you’ll soon get used to a formulaic running order that will make writing copy that much easier in the future.

The networking event I attended last night had an unusually low turnout. I appreciate that people are on holiday,but even taking this in to account I still expected there to be more people to a very regular event.


This morning I had an email from a business associate who I had expected to see at the networking evening, so I called…

So you’ve decided to start up a temporary/contract staffing company, and you would like to know what’s involved in ensuring success in your new venture. To follow are 10 tips for making your new venture a success.

1. Define Your Market - Most entrepreneurs that start a staffing company come from within the industry. Some have worked for other agencies as a branch or regional manager, recruiter, or sales professional. Others have owned a staffing company, sold their company, then… Continue

This week, we call upon my friend Craig Morantz to instill his entrepreneurial knowledge upon us.

Craig’s company, Leed’s, is the second largest hard goods supplier in the $15B promotional product industry. They focus on bringing to market the innovative but useful products…

Death Knell of Hiring As we Know It 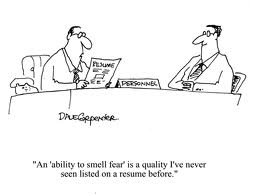 Take yourself back ten years to the last throws of the Dot.Com Era and compare the difference between the amount of people available for job openings then to what we have today - way too many. When the economy is cooking and there are fewer people seeking work than available jobs, it’s all about finding people to do the work. When you have too many people for the jobs at hand, the real effort lies in making sure you get the right person for the job.

For those transitioning out of the military…

A Great Employer Brand is fueled by great customer service!

At SmashFly, we are committed to providing great customer service to our clients. We love our clients and above all else, we aim to make them as…

When you’re in the midst of working, it’s hard to stop. The work can be both addictive and rote – a deadly combination if what you really need is an hour or two of quiet contemplation. Thus, the three words in the title above can often work at cross-purposes, even though each has its place.

Specifically: technology is not necessarily the same as innovation. Let’s say that your job board is popular and well liked…

The Evolution of Recruiter Compensation - A look at different compensation models

Recently, I was looking at the structure of different recruiting companies and how they compensate their recruiters. Recruiter compensation is a very interesting topic since there is no standardization in the industry. Our profession is not like a doctor (however, sometimes we can get paid like one), nurse, dentist where salaries and compensation are set by some governing board. Instead, recruiter compensation is all across the map. Some firms promise you a 'book of business' - (basically job… Continue