11 Sources to Drive Traffic to Your Job Listings

You’ve spent all this time crafting your job listings and it’s published live on the web. Congratulations. How do you begin promoting it? Driving traffic to your job listings begins with a strategy because, let’s face it, your job listings are not going to engage great candidates if no candidates can find it. You can’t have a party if you don’t send invitations. Here are 11 free and paid sources from 5 different acquisition channels to get you started.…

Your Corporate Clock is Ticking (Infographic)

… And you didn’t have much time to begin with. We’ve broken it down for you in this infographic: there are 24 hours in a day, doctors recommend we get 8 hours of sleep per night and the typical workday is 8 hours. That leaves 8 hours of free time. Unfortunately for most of the working population, we spend more than the 8 hours at work, get less than the recommended 8 hours of sleep and feel like 24 hours just isn’t enough. For corporate professionals, there are numerous…

A 2012 study by TheLadders revealed that Recruiters spend 6 seconds reviewing a resume. If it takes that little time to review qualifications, how much time…

Why Employers Should Ditch The Unstructured Job Interview There are a few things that can kill a business. Some bad publicity. A defective part. A lawsuit.

And the unstructured job interview.

There have been several in-depth studies on unstructured job interviews, and most of them say the same thing: they are bad predictors of performance and are subject to bias. That means the companies…

But I Want it Now! Our Relationship with HR Technology

Our resident technology expert and connoisseur of all things Cajun, Doug Horn, recently wrote an insightful blog on whether technology is…

It appears that we are now entering a candidate-driven market in BOTH the direct hire AND contract staffing worlds.  As candidates increasingly choose contract staffing as a lifestyle, recruiters are becoming more concerned about…

What Recruitment Can Learn From The Military

How to be Successful in Recruitment Part 10

What Recruitment Can Learn From The Military

I once asked an ex-special forces solder, who had served in some of the roughest parts of the world, what they would advise when you are trying…

How Large Is the Ethnic Diversity Gap in STEM?

I recently shared data on gender diversity in STEM (science, tech, engineering, and mathematics) jobs. This time, I'm examining ethnic diversity for these fields. How ethnically diverse is US's STEM candidate supply? Below are the percentages of qualified people in the US workforce for each STEM field, broken down by ethnicity.

Jerry Berg decided that the best way to deal with a layoff was to make a 20 minute video ( http://bit.ly/1oouacX )

lamenting how terrible it is to be laid off after 15 years at Microsoft. I personally feel for him as I’ve been laid off twice since the 2008 financial crisis. While his emotions are understandable, putting them out there in a public video was a bad choice.

They can hear me now

5 Reasons Why a LinkedIn Profile Shouldn’t Replace Your Resume 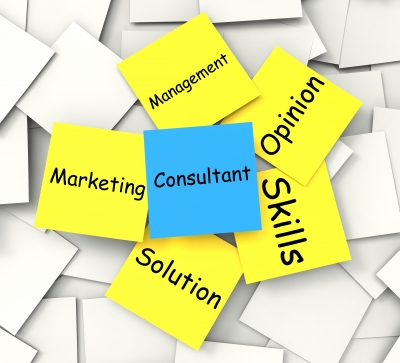 As I was going through my regular LinkedIn profile review.  It occurred to me that LinkedIn profiles have become more than just a brief description of someone’s background.  They seem to have evolved into full resumes.  I have a few different searches (job opportunities) going right now, so I…

Get Out of Your Cubicle and Into a Collaborative Recruiting Process

Teamwork. It’s the building block of any company, big or small. The benefits of teamwork stretch beyond the borders of your cubicle and out into the world of recruiting. Collaborative recruiting has a deeper impact than just your typical, run-of-the-mill programs. This is because it involves more than just the Human Resources and recruiting departments. Collaborative…

Everything Must Change: People Are Not Products

How Video Interviewing Can Help You Hire for Cultural Fit

Video interviewing is no longer an up and coming practice, it’s here. With 63% of HR managers having used video screening as a means to finding candidates, there is good reason to use this technology for enhancing your hiring…

#1 Key to a Recruiters Success 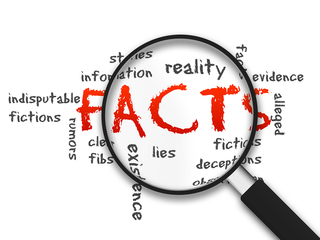 You can read all the books, listen to tapes and watch videos that will give you every technique under the sun to encourage clients to give you job orders.
You can go to the other extreme and read, listen and watch about how you build strong client relationships in…
Continue