The Best of Both Worlds (IRM - Integrated Recruitment Model)

I just wrapped up a webcast for SHRM today on a new recruitment model that I believe will allow all organizations to have the most effective and efficient recruitment strategy available. It's called IRM (Integrated Recruitment Model). Below is the transcript of the session. Feel free to contact me with any questions or comments. A LinkedIn group has been created specifically for this topic to discuss IRM in an open fashion.…

If you Google time management techniques you get 99 Million results! Obviously a lot of people are searching for the Holy Grail and there are a lot of opinions on how to find it. Let’s make it 99 million and 1 by adding my 5 cents worth on “Time Management”.

Remember Recruiting in the 90's. Life was easy. Life was simple. You had a fax machine, job boards, and your new computer running AOL and Windows 95 with your SPAM free email box. Then came dot com bust, and then social media and just basically upended your simple recruiting ways. It's time to join Recruiters on Facebook. We need some people to talk about what they know (or don't) about the latest Recruiting trends, jobs, and whatever that you think is important to: Recruiters, Sourcers,…

Auto-Posting Jobs and other stuff

I was looking at a number of ways for recruiters to automatically post jobs and other content onto Twitter, LinkedIn and all the other social channels. There are lots of ways to do this and it is really very simple to set this up. I've put together a short video demonstrating how to use the free version of Hootsuite to schedule posts and also connect to an RSS feed to do this automatically.

In an attempt at emasculation, people say things like:

While some stereotypes have roots in reality, these are by no means a permanent condition, even when based on a kernel of truth. Women have proven they are highly capable at handling “traditionally male” roles that require assertiveness, tenacity, and fearlessly bucking…

Earlier this week I stumbled across a basic Boolean search string generator from a London based company called Clever Biscuit.

I wrote an AvidCareerist post about it, directed to the job seeker audience, here: Find the Hiring Manager with This Free, New Tool.

The post has everything you need to use the tool for recruiting. It's so easy to use, you don't even have… While recruiting is ultimately a rewarding profession, it's one that comes with it's share of stress and frustration. Many recruiters shy away from contract staffing because they think it will only add to their stress. But in fact, contract staffing can help relieve many common causes of recruiter stress, including:

One of the things that has struck me over the years as a recruiter is the frequent reference to the industry as a ‘necessary evil’. While I don’t agree with the statement, I do understand where it comes from.

As recruiters our core assets are not stock or products, but people, or more accurately, people’s potential, so we have a huge responsibility to get things right. There are many firms who don’t acknowledge the same level of…

3 Hot Recruiting Topics We Should All Shut Up About, Already 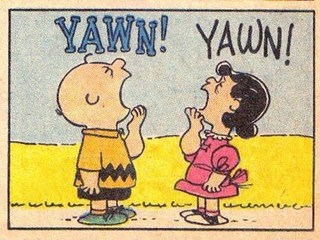 I read a ton of blogs, participate in a lot of Twitter chats (or as I call them, “pithy parties”) and listen in on a lot of presentations about trends in talent acquisition and HR technology.  But what’s trendy among the industry “influencers” who need your company’s cash to keep the lights on don’t necessarily jibe with the stuff that…

Referrals: Why You Want Them and How to Get Them

Referrals are the most highly rated source of candidate quality. Referrals save the organization a lot of resources in the scouting and recruiting process. The right referral practices can make a huge impact on the success of the…

Chasing deals and working closest to the money have been common practices for decades in selling…and they illustrate what is wrong with the profession. When salespeople chase deals and focus too much on making a buck, the buyer gets lost in the process. It’s little wonder that virtually no one likes to be on the receiving end of a sales pitch. Summary: Though Twitter hashtags have been around almost as long as Twitter itself, many people still do not understand what they are – or more importantly, how to use them appropriately. This post offers seven tips - plus a decision-making flowchart - to enable Tweeters to not only avoid looking like a Twitter rube, but to maximize the value of Twitter hashtags for both themselves and…

How to create a strong employer brand

When job boards hit the scene over 15 years ago, they firmly grabbed a solid spot in online recruiting. As job boards have evolved, it has become an understatement to refer to them as simply job boards any longer. They have morphed into several different types of online job search and recruiting…

Do these words still have meaning in today's world?

Recognize these words and do they have any meaning in today's marketplace?

"Fourscore and seven years ago our fathers brought forth on this continent a new nation, conceived in liberty and dedicated to the proposition that all men are created equal. Now we are engaged in a great civil war, testing whether that nation or any nation so conceived and so dedicated can long endure. We are met on a great battlefield of that war. We have come to dedicate a portion of that…

Unemployed Before the Holidays? Fear Not!

I'll admit, finding yourself unemployed with the holidays just around the corner could be a scary thing. You've probably heard that many companies freeze hiring during this time, and pick up with new budget in January. In some cases, that is true, but fear not! Being laid off  in November or December does not have to mean the end of the world. By no means should you… 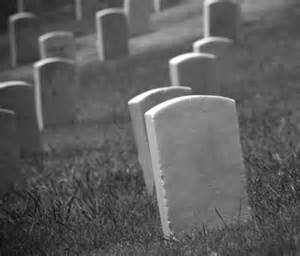 I have always loved music.  I appreciate all kinds.  I appreciate the artistry in the different genera’s.  Some music is so profound it moves me by the single strike of the chord.   I can hear some songs over and over and they never seem to get old.   Sometimes, the simplicity of the beat and the lyrics are just enough to have chills running down my spine.   Some… 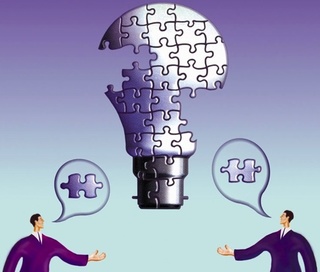 This is the third time I’ve had the honor of judging the iTalent competition for new recruiting technologies in conjunction with HROToday, and I can safely say that the 3 finalists in last week’s European competition would all have trounced the competition in any previous event.  All fill a definite market need, a… 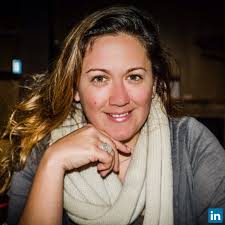 The show was spoiled initially by BlogTalkRadio's new online host call-in software. I did a five minute introduction to the show that was…