Are you a Recruitment PARTNER or SUPPLIER?

A leading consumer goods company with a well known portfolio of brands. A key brand in their portfolio has been identified for investment, an element of which is to be targeted in a new advertising campaign to communicate and deliver the key brand benefit (KBB) and core message.

They want to appoint an expert (advertising agency) to work with them to develop the best and most effective, relevant way of communicating the message to their target…

"Best Careers of 2011" – Reviewing the Hiring Demand for Technology Jobs

Over the past 2 weeks we looked at the careers on the "Best Careers of 2011" list, published by US News. Today, we'll review the final group, which are the technology related jobs.

The Return of Recruiting - a Social Revival

Social platforms are awesome. Twitter, Tmblr, Facebook are awesome means of sharing thoughts and opinions and information and they are a killer tool for self promotion and personal announcements. If you have a Twitter account, you have access to the mass audiences inside and outside of your personal network and your industry. And for recruiters, you have the greatest tool available for identifying the talent that your firm’s desperately need, and the voices that your mission requires to be…

Put that pedal to the floor!!!

This morning, I realized that I still have a lot of work to do before the holiday.  It's Thursday...technically mid-week for a recruiter.  Long line recruiting, local interviews, and client calls are all on my plate for today.  Not to mention our VP will be in town the next two days...right before I go on vacation for a week to refresh.

The point is, I am working up to the buzzer.  Every recruiter, no matter what industry or what experience level, can slack at this point in the week,…

How to NOT Win Friends and Influence People

I just received an email from a staffing agency we asked to help us fill a position on a contingency basis. Our third party recruiter is a bit perturbed with us because several candidates have been submitted (some good, some not) and we haven’t interviewed any of them. Also, there have been some debates internally around paying a FT placement fee vs. contracting. I’m doing my best to keep our TPR up to date and informed but hey, sometimes things don't go according to plan. That’s…

It's been a difficult year for many people given the parlous state of the Western European economy. In the UK unemployment remains high and job opportunities low. It's been particularly saddening recruiting in the public sector and the construction industries where amongst the good news for appointed candidates I have all too often been breaking bad news and rejection to many worthwhile and worthy applicants.…

If you are like me, you are excited for Season 5 of Mad Men to start in 2012.  While I can’t wait for the 1960′s chic, Don Draper’s next life escapades and what happens to Sterling, Cooper & Draper, I’m most excited to see the creative process and new advertising campaigns they create.  (Yes, I’m a marketing nerd!…)

After re-watching the past few seasons, I once again came across one of my favorite themes from Mad Men.  Whether it is determining the direction of a new ad…

Is Everybody Coming Back?

I read a blog recently suggesting that young people should consider going into recruiting.  I agree.  As long as it is right for them.

In ’08 and ’09 the air came out of the industry and many in recruiting were flushed out of the business.  Things have improved since then and business is back.  Is everybody coming back?  I doubt it.…

Continuing our review of the "Best Careers of 2011" published by US News, we'll look at the list of the 10 jobs in the Social Service category.

Dear Santa, I want a personal assistant this year. With Christmas knocking at our door, the holiday season always makes it excruciatingly apparent how valuable our time is.  We’ve been running around frantically all December trying to squeeze the most out of every last minute - buying gifts for friends and family, deciding how to appropriately thank clients, buzzing from holiday party to party.  We may have even reached that ugly turn the season takes when the holiday warm fuzzies turn into holiday stress as we dash from place to… 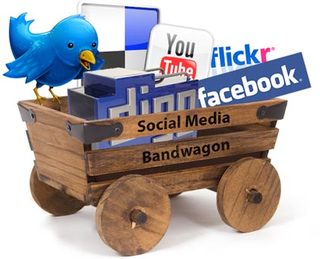 Since 2009 there has been a 209% increase in the number of companies using social media to communicate their employer brand (Global Recruiting Roundtable, 2011i). But are you one of them? No? Well read on…

Today’s job seekers have the world at their…

I wouldn’t hire you as my recruiter…and neither would you!

Have you ever gotten the call from a friend because you are a recruiter and they need a job? As the conversation unfolds and you hear the woes of the market, the reason the current job has wronged them, and all the other reasons the work world is not kind to them. Admit it, in the back of your mind you are thinking… NO WAY is this person getting a new job anytime soon. They have to change their mindset.

Why Millennials Make the Best Candidates for Relocation

Having trouble finding candidates willing to relocate? Well, according to a recent article from Human Resource Executive, you need look no further than the youngest crop of workers.

According to the article, where previous generations, particularly Generation X, have been reluctant to relocate, Millennials have been willing, if not eager to pick up and…

Does the candidate even want the job?

There is an increasingly troublesome trend creeping into UK recruitment this month and that is sending in a CV without first talking to the candidate who owns it. Who owns the CV, then? I firmly believe it is the candidate and them alone. It is their life story after all, and I think they’ve lent it to us to advertise their wares but not without limitations. I looked back and pulled the Bow up to my ear and pulled back the string as far as it would go, it was a bright sunny day in the Sierra Nevada Mountains with my heart and mind tuned to nature as never before for 2 weeks of fun.  As I pulled the bow string back I let fly the arrow that found it's mark sure as fire, sure as day into the center of the target of…

How many staffing professionals, recruiters, and sourcers, create their own Boolean strings? Answer most of us. However how many copy those strings down and keep them in a file of some kind for use later? Answer not many. Why? Why do we feel the need to reinvent the wheel, recreate the search strings over and over again, when we can simply copy them to a spread sheet for use later. Moreover we can keep a tack of the results from a…

Merry Christmas and a Happy New Year! In this Christmas Special, Jim Stroud remembers previous Christmases and ponders what is really important. Special thanks to the Stroud Family for pitching in on this episode.

IBM predicts that mind reading machines could be on their way.
Source: FoxNews.com…

7 Ways to Make the Holiday Season Your Top Recuiting Month

Myth: no one hires during the holidays.

Fact #1: Lots of companies fill jobs during the second half of December and the first half of January. In December, many look to spend budgeted money before a new fiscal cycle kicks in, and in January, many look to spend money that just kicked in with the new budget.

Fact #2: The staffing agency that knows this will probably have a great month.