What all recruiters WANT to say to their dumb clients

For agency recruiters, it often feels like clients are toying with them these days.

It feels for all the world that some* Line Managers, Internal Recruiters and HR types have conspired to make life…

I have spent a lot of time involved in the UK recruitment market. I have lived there, worked there, and owned and run recruitment businesses there, until very recently. For the past decade I have visited London at least twice a year, often more. So I speak from personal experience when I say there has not been much positive to report from the UK, recruitment-wise, since about 2008.

However, over the past 2 weeks I got a very pleasant surprise. I was in London to speak to four groups… 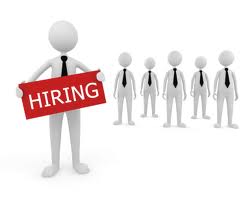 If I were building new recruitment company today, the only people I would hire, would be D.R.I.N.C.K.A.E’s. And I am pretty sure this is valid across all business in the modern age. Certainly those selling a…

This is why recruiters 'burn-out'. 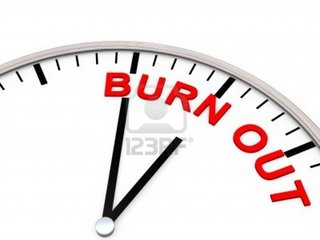 Recruiters, you won’t like this. But this is the one trait that is ruining your career and negatively impacting your life.

That is what is destroying your job…

The future of recruitment — explained in 30 minutes!

This webinar was recorded live on YouTube with Shane McCusker.

Clearly, I have no crystal ball into the future of recruitment, but I do believe two things…

In this video we explain who…

This person cleans up your mess for $8.50

Lately I have been at home during the day more than I used to when I was running a global business. So I had the good fortune to actually meet the woman who cleans our house once a week. Prior to this, I had a vague understanding that we ‘had a cleaner’, but I took that service for granted, and certainly gave the person who cleaned up our mess little thought.

Well, I had a great long chat with ‘Rosie’ (lets call her that…

Suck it up princess. This is as good as it gets

But recently I did, with a group of industry veterans including Geoff Morgan, the Founder of Morgan and Banks, and Talent2. In an industry short of true leaders and innovators, Geoff stands out as a remarkably resilient business builder, and creator of careers, as well as shareholder…

I have employed thousands of people over the years. And every time one resigned, a little part of me died. (OK, I lie. I have actually danced a celebratory jig around my desk on the odd occasion, but that’s another blog!)

Mostly, my natural reaction has always been a human one I suppose. “What possible reason would they have to do that?” or “What’s wrong with them?” or even, “She must be leaving for money. The fool!”

But I grew wiser as the years rolled by.

Recently I was one of 4 judges asked to select “Australia’s Best Recruiter 2013”. The calibre was high, drawing responses from all over Australia and New Zealand. The judging panel interviewed a shortlist of 4, and Peter Murphy, from…

How to resign without being a jerk

You have got a new job! Well done. Now, don’t spoil it all by making a hash of your exit from where you are now. I 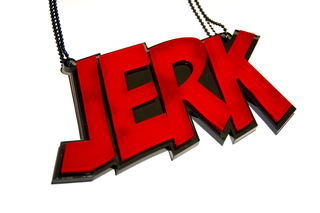 know, you are excited. It’s hard to stay focused on the old gig, when everything is ‘oh so cool’ about the new one.

But remember, the ‘old gig’ was the ‘new gig’ not so long ago, and how you behave on your way out will affect your brand,…

Need to fire a deadbeat client? Here's how.

Last week I argued that recruiters (and indeed all service providers), need to fire clients who are uncooperative or unprofitable.

Plenty of ‘The Savage Truth’ readers agreed, but many asked, “How do I actually do it?”.

Fair question. And the truth is that it is not easy. But there are two guiding principals I have found are fundamental for this to work out well.

I talk to a lot of recruiters.

And it is tough for many of them right now. That we know.

Everybody is scrambling for a dollar, chasing every client. A bit like that sad, desperate guy in the bar at 2 am, harassing every one of the last few women left standing.

But there is the irony. As recruiters push ever harder to win…

The hiring lesson I learned on the road to Mandalay.

I admit it, I am a ‘recruiting-tragic’.

And a symptom of this condition is that I can’t help but think about the hiring implications of almost any situation.

And so it was, a few months ago, travelling with my family in Myanmar (formerly Burma), one of the most isolated countries anywhere, that I was struck with a hiring lesson that resonates across the world, in any situation.

We were in the northern town…

Farewell 2012. Another massive year in recruitment, with, if anything, even more challenges than the year prior.

“The Savage Truth“ clocked up dozens of blog posts during the year, trying to make sense of it all. And the readership has grown exponentially over that time, so I am grateful for the support from so many.  In fact, visitor numbers to The Savage Truth in 2012 are up 33% from 2011.

What YOU say when your client says “send me the resume”

The fact is you make a placement only if your candidate gets an interview.

So your job as a recruiter is so much more than sourcing the talent and making the match. As important as they are, it’s all a waste of time if you don’t get your candidate sitting opposite your client.

And so you find yourself enthusiastically…

‘Assumptions’ in recruitment will bite you in the butt. And it hurts!

The biggest cause of placements going wrong is the recruiter making assumptions. Assumptions that are flawed.

Information is what drives success in recruitment. And that is why our industry will never die. Because the craft of managing the process still determines whether a candidate is offered and, crucially, accepts a job. Successful recruitment is not all about ‘sourcing’. It is about matching too. And then consummating the deal, usually by finessing the attitude of both…