Is “Be Our Guest” Really the New Employment Paradigm? 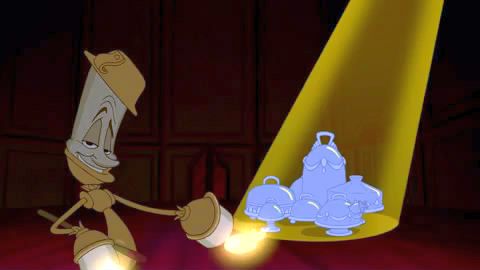 You’re looking for exceptional candidates who have either just graduated with an advanced degree or are ready to move on from their current employer to seek out their next position in Silicon Valley. How will they choose the best company to work for? What will they look for in their first or next employer? Will they compare cafeteria menus against each other?…

Are you Tactically Strategic or Strategically Tactical?


After spending countless hours (maybe it even adds up to years now) in business meeting that talk about being strategic and being tactical and interchanging those terms and correlating them it seems that for many they have lost their true meaning and purpose. And then last night I was in a meeting that pointed out the true difference in these terms as never before. In the meeting was Director of Manufacturing, a Director of Supply Chain, a Sales Marketing Director and, interestingly… Continue

Can HR Climb the Corporate Ladder?

I was asked just today to participate in a survey about HR as Leadership. The BIG question the surveying company is trying to drive at here is found as question number nine “Why do so few HR professionals attain the position of CEO?”…

To Process or Produce, That is the Question

I have tried to start this post no less than seven times already so instead of trying to come up with some round about catchy way of presenting my thoughts I am just going to lay it out there and see if it sticks.…

The Time I had to “Curb my Enthusiasm”

This is not my usual kind of post but I had to share it with someone so you, my recruiting friends.

This morning, December 31st, 2009 I had a total Larry David moment. I seriously could hear the light little tune that is a staple of his show running through my head. Please try to hear that in your head as you read this.

The other guy, I have never seen him before in my life but let’s call him Larry, arrived at the gas station before me and attempted to use…

Human Endurance and the Job Search

I had a long talk with a group of job seekers recently about how long they have been searching, how they are coping with the challenges they are facing and how they feel about their prospects. It was actually a much more broad discussion than that, but I think those areas sum up a lot of it.

The length of time ranged from 2 months to almost 18 months; and more than one person was at the higher end of that spectrum. To some in the group hearing how long others had been out of work was… Continue

Is your client seeing the whole picture?

The role of a recruiter and how the recruiter effectively contributes to the production of the enterprise is often taken for granted. That is what compelled me to write the allegory below. Please take a few minutes to read it, or re-read it if you already have, my own thoughts follow.

Once upon a time there was a man who needed a hole dug, but he did not have the means or the tools to do it. As he stood there looking at the spot where he wanted his hole dug a recruiter happened by.… Continue

When are we really interviewing?

I am one of those extremely lucky men who has the good fortune to get critiqued by my wife on a daily basis. I am not the only one, you know who you are out there if you’re like me, or better still…like my wife. Yes, on a daily basis as I am having what I believe might be a conversation about dinner at the Jones’ the night before, or the upcoming Scout meetings for the boys – I am being covertly scrutinized from head to toe about everything from the length of my hair or nails, my… Continue

More Than Just An Education

Here’s what I told the guy in the interview, “Over a 4 and a half year period I reported to no less than 36 different managers. Most often my obligations were split between 4 managers at a time and each of them had completely different objectives for me to meet at regular intervals. At any given time they’d have me working on either support documentation or reviewing past work product while assimilating new information that would be relevant to my performance reviews about every 6 weeks or so.… Continue

Beyond the “Industry Standard”

When dealing with the ever-so-delightful contractor that helped us remodel our house most of the questions I asked him about how something was done were met with, “well, that’s industry standard”. What amazed me about this nearly daily occurrence is that he actually expected me to be satisfied with that. Granted if his business card and truck had some mention of ISO 14000 certification for all his work, then that would be an industry standard that I could accept. But it was not that. It was… Continue

ACTUAL LEADERSHIP, PART II - Now that you are leading...where to?

Let's suppose that all the planets align correctly and you wake up on the correct side of the bed (most days) and you are becoming an Actual Leader. This is confirmed for you on a regular basis by people who genuinely smile when they see you coming and also smile and thank you when they depart your presence. Some of these people come to you out of the blue to bounce ideas off of you or report progress because they know that you appreciate it and that they are appreciated. You are even taking… Continue

I recently got the chance to present this at a small gathering of business leaders in Santa Cruz, California. The crux of the gathering was to have these business leaders listen to real people. I consider myself quite fortunate to be considered a "real person" I think that's one big piece of being successful in this industry we all love so much and I believe this to be very relevant to the work we do. I do want you to bear in mind however that I am not speaking from a position of expertise on… Continue

Years ago I had an interesting interview experience. It was very early in my career and the guy who was going to hire me asked, "What's two plus two?"

I hesitated, but only for a millisecond trying in that brief moment to figure out why he had asked. Then, almost in a 'what kind of idiot do you think I am' tone I replied "Four". Since he did not respond or nod right away I added, "Unless this is the kind of place where if you say it's five, then it's five. Or if the customer says… Continue