Bob sent me this. I thought you might find this humorous, or at least interesting. On this day, one to make you smile a little. He was lucky to get off with just scatches and a few bumps. Deer are mean.

Actual letter from someone who farms, writes well and tried this!
******

I had this idea that I was going to rope a deer, put it in a stall, feed it up on corn for a couple of weeks, then kill it and eat it.

Want to learn how to "get past" Gatekeepers w/out lying?


In the future, the TalkSourcing (every other Weds) 1pm (EST) segments to the Recruiting Animal Radio Show will be posted over on the MagicMethod network. Next one is December 3 -mark your calendars and call in with your phone sourcing… Continue

Someone's looking for a trainer in San Diego...

Hi Maureen!!
Looking for different groups on ERE I came across yours for training and wanted to reach out. Our company is looking to add a sales trainer to our company to train new recruiters and sales people. SkillStorm family of Companies is a government contracting and outsourcing company specializing in IT, Engineering and professional services for the government as well as mid-market companies.
The position would be housed in our San Diego headquarters office but also travel… Continue

TODAY is MagicMethod Phone Sourcing Classroom Chat on the MagicMethod network at noon EST.
You don't want to miss today's Fireworks! We're gonna chat (some) about the excited RBC string going on right here on RBC.

AND THEN, we're gonna chat a little about what Charles Krugel, Attorney at Law said yesterday on the Recruiting Animal's Radio Show- that rusing… Continue

Meltdown 101: What's deflation, and why is it bad?

Deflation might sound like a good thing. Yet it can be even rougher on the economy than the more familiar phenomenon of inflation, because it's harder to get rid of.

In the past year, record-breaking prices for oil, grains and metals caused serious worries about runaway inflation. And as the economic slump took hold, economists even considered the possibility of… Continue

Keeping Your Rivals From Minding Your Business

AS more small businesses rely on e-mail and instant messaging for their communications, they would do well to use a number of inexpensive methods to preserve privacy and ensure that messages are read only by the intended recipient.
HANG ON TO YOUR LAPTOP
LOCK OUT OTHERS
ADD THE 'S'
OUTSOURCE E-MAIL
ENCRYPT E-MAIL
BLOCK OUTSIDERS
Read more… Continue Glen has developed a high level of expertise in sourcing, recruiting, and… Continue

Best Remark of the Day
"First off never volunteer the info." ~ Tom Cook
******
11:38am Maureen Sharib Welcome sourcers! Before class, read today's Itinerary.
11:57am Todd Burkhardt Before we start, I want to clarify that I don't mean that active recruiters are not real recruiters. But if you are only recruiting active candidates, you… Continue 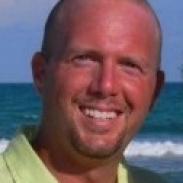 Todd Burkhardt believes sourcing brings everything to the recruiting industry and if you're only recruiting active candidates you're not really recruiting.

On Thursday, November 13, he's gonna show us what he means! Be there, in the MagicMethod Phone Sourcing Classroom Chat at noon EST for the scoop!

"I learned to listen to men in a deeper way. Tuning into men's voices, instead of getting caught up on their looks, was the same as a person suddenly going blind, only to find their other senses enhanced." ~ Photo Essay: Phone Sex Operators: Lessons for Virgins.… Continue

Get a White House Job - Here's How

President-elect Barack Obama has launched a Web site to chronicle his transition. Within 24 hours of last week's historic vote, his transition team rolled out change.gov, a Web site that promises to be "your source for the latest news, events and announcements so that you can follow the setting up of the Obama… Continue

Also, find people through Twitter Search for example that talk about topics you are interested in, and start conversations with them. Last week I highlighted a business from a friend that offers mediation services. My friend got people contacting him through my one Twitter post. Just 140 characters can result in closed business for you or someone else. More… Continue

Certain predicted technological revolutions are more myth than reality.
After all, TV phones and laserdiscs were hailed as the wave of the future and yet, despite influencing today's technology, they've gone by the wayside.

Social networking sites might have seemed as if they'd follow the same route, but all signs suggest they're here for the long haul.

LinkedIn Users - Who They Really Are

Millions of people have been queried, invited and even cajoled into joining the business social network LinkedIn. And more than 30 million of them have accepted. But while we knew LinkedIn members used the site for business reasons -- vs. the more purely social networks such as Facebook or MySpace -- we didn't know exactly who they were. Some are looking for jobs, others… Continue

Could you pass the U.S. citizenship test?

Interesting ERE string from May, 2006 here.
******
Looking for information on phone sourcing? Read through the T and TH Phone Sourcing Classroom Chats over on the MagicMethod network. They’re listed in the Blog Posts section and are identifiable by the yellow talk bubble that says… Continue

This week we’ve seen great success and great failure in our national elections. On Thursday in the MagicMethod Phone Sourcing Class Chat we’ll be continuing this week’s discussion on failure.

What do you think failure is?

One of Tuesday’s participants commented, “We… Continue

Slightly more than a scant two years ago one of those lively "discussions" (75 replies) broke out over on ERE about the effectiveness of cold calling into companies. The original proposition asked for advice/thoughts from the group about the legality of calling into… Continue