I was told by LinkedIn that they are capping my "Wireless Jobs" Group at 10,000 members. Knowing that, it's pretty safe to assume that the group will be capped before the end of the day as it's only 2 members shy of 10k.

I've already sent an email petitioning the powers-that-be to extend the cap to 15k, but I've not… Continue

The site is kinda cool. It's designed to reach Gen Y as a tool to inform them about the fun things going on at Microsoft. I really just think it look cool (the design reminds me of my… Continue

New Gig with Microsoft - in training this week

As noted in my last post, I just started my own company and I'm in training with Microsoft this week.

As a result, I've missed out on all kinds of wild logo fun! And, I'm going to miss another Talent Talk Cafe...sorry Susan!

I'll be back on track soon and look forward to… Continue

Tomorrow marks the celebration of Independence Day in the United States.

21 Ways to Get Attention

If you have an interest in the mobile community, I just posted an interview I had last Friday with
John Carney, former Senior Vice President of Sales and Operations at T-Mobile, and currently the Chief Executive Officer of Affinity Mobile, a global provider of mobile financial services.

I made a video to congratulate El Dave and Jason on what will most certainly make our community even greater and stronger.

However, you've got to view the video on You-Tube so you can see the annotations I added (it's just too boring otherwise).

Congrats, to Dave, and my unlikely mentor...Slouch.

Check out the video, HERE.

How Are You Making it EASY for Customers to Complain?

Seeking TWO Sr. Contract Recruiters to work out of our Ashburn , VA office with some flexibility to work from home.
Seeking a Full Life Cycle Recruiter and a Sr. Sourcer (Hunter) Both positions… Continue

Congrats, Libby...You're My All-Star Too!

Every now and then I stray, unashamedly, from the work-related stuff. Tonight is one of those occasions. Just had to give some love to my 2nd oldest daughter, who helped lead her softball team to first place in their division. And, she was voted to represent her team in the All-Star Game this weekend.

I'm not sure who came up with this idea of "Father's Day," but since I'm the proud Father of Five, I obviously think it's a brilliant idea.

And, yes, I was treated like a King yesterday. Much thanks to the beautiful Kat for reminding me that being a Father is worth the investment of my time.

The Word of Mouth Manual ... free

It's not often that somebody is smart enough to offer their book for free. At least one that's worth reading.

Find one worth reading via Seth's Blog, here.

Harvey Mackay's one of my favorite business speakers and authors. So I wanted to share this article I received today because I think it applies directly to recruiters and our work-life.

Advice from my Dad for Father's Day
Author: Harvey Mackay

There's an English proverb that goes: "One father is worth more than a hundred schoolmasters."

Fathers can teach their children many… Continue


The Fordyce Forum in Vegas was awesome (thanks Slouch and Rayanne!).

Here's a 2 minute video to give you an idea of who was there, and what RecruitingBlogs.com was doing behind the scenes.

First person to email Dennis Smith with the name of the band singing in the background, wins something of Slouch's choosing.

To All the Working Men and Women on… Continue

Headed to Airport for Fordyce Forum 2008

I guess my Oklahoma roots are showing because I loved this TechRepublic post by Calvin Sun. Not bad for a guy who probably doesn't have a single Country CD in his collection.

Take a load off and… Continue

What Do You Want to Be When You Grow Up?


It's an easy question for a Kindergarten student?

Not so easy for adults.

Not Going to The Fordyce Forum Next Week?

Connecting with the likes of these folks could change your career. 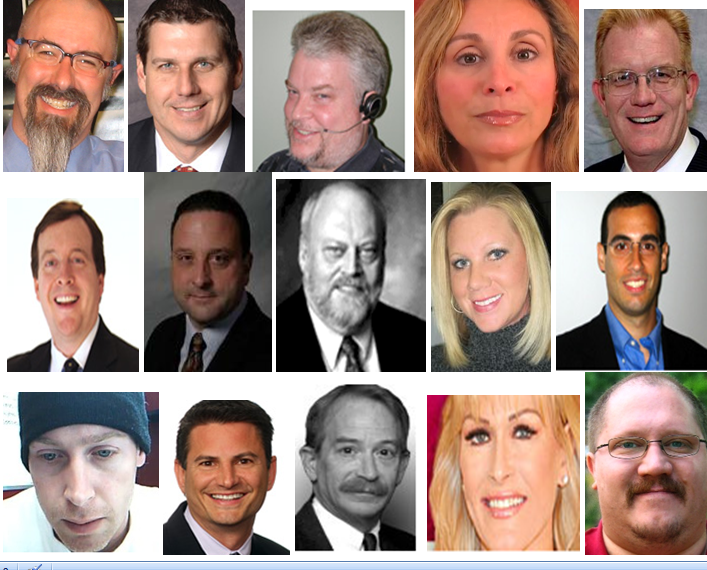 It's not too late.