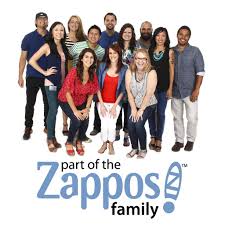 Zappos takes the ax to job postings and develops its own Social Media network to evaluate potential hires. Demonstrate passion for the company and its products publically and perhaps you can be one of the chosen few to have their resume and credentials reviewed for employment.

Innovative perhaps, but it limits their field of candidates to the engagers, the Type A personality social types who typically come from a background of privilege, are overwhelmingly white and come from higher socioeconomic statuses. Do offline inequalities restrict employability under Zappos new practice / prejudice with all other datasets being equal?

Benevolent prejudice represent an especially insidious form of bias. The insidious impact of which is that the targets of the prejudices might buy into them. Neuro-atypicals, unable to properly participate in the Zappos social community will be locked out of employment and buy in that they are not good enough to work at exciting innovative companies. Benevolent prejudices are so superficially positive that there seems nothing to feel guilty about.

The fact that Zappos received 31000 applications last year and only hired 1.5% tells me that their recruiters are doing their jobs. Weeding out the wheat from the chaff. The Truck Drivers and Bakers who are applying for Developer jobs or Marketing roles. The newly minted University graduate with the ubiquitous BA in Communications applying for a Senior Adviser role. The smart and keen and highly Social Media Savvy person applying for the Account Executive role without ever having done a sales job or carrying quota. There isn’t a problem with this method. It is in fact the market economics of education and verifiable experience as it relates to the core functions of a job. Choose your education and employment decisions wisely and the world is your oyster.

To demand that potential new employee’s must socially engage with a company and “buy in” to their core values suggests that a for profit company has intrinsically moral values. That isn’t to say that a company cannot be socially conscious while operating in a for profit environment, but let’s not kid ourselves, assigning values to an incorporated entity assigns them morality as well and there is nothing inherently moral about discrimination.

Zappos Insiders, judging from the sidelines as a parent of 2 neuro-atypicals, ranks up there with companies demanding Facebook passwords.

How will this new system stand up to the rigors of the Americans with Disability Act (ADA)? What about candidates who might have the appropriate knowledge, skills and abilities to work at Zappos in a meaningful capacity but due to personal challenges they are unable to contribute and stand out on Zappos Insiders? 1 in 68 children in the US today are diagnosed with Autism, a pervasive neurodevelopmental disorder that primarily affects one’s ability to communicate. With their above average intellect, unique outside the box perspectives and hard work attitude, is the Zappos Insider hiring program meant to cleanse the Zappos Resume database of “undesirables” before their experience and value can be judged?

The program sounds Benevolent enough, but only those with the time, Social Media savvy and socially acceptable “neurotypical” perspectives and communication styles will rise above the rest. The Zappos cream rising to the top tastes sour.

Damn, and I thought what Laurie wrote was harsh in this post - http://laurieruettimann.com/zappos-fair-american-worker/ Zappos has a legal team I would suspect but there is going to be some interesting compliance issues going forward with this IMO. However I have been a tad busy looking for a PHD scientist to spend time looking at this model further so I will for now with hold judgement on my end.

wow - thank you for bringing us all back to earth

@ D2: Thank you. Aspiring corp-cults like their followers to be young, perky, and ready to "drink  the Koolaid" when asked, and God help you if you "aren't quite our type". I'm on the board of two non-profits who try and help with the employment of ASD individuals (one of them trains our people to do SQA- and has a few of our people employed at Salesforce doing that.) Good luck to you if you're on the spectrum and NOT a techie/scientist working for some kinds of firms, unless you're prepared to do mind-numbing, repetitive work.

Thanks for the comment Keith - and thanks for working with those 2 non-profits who assist people on the spectrum - I'd like to learn more off-line.  I have no issues with companies bringing new employee's "into the fold" so to speak, but this program isn't about that.  To use your term, they would require people to "drink the kool-aid" prior to even being considered, and for people on the spectrum, it's a deal killer.  Introverts would also have a difficult time with this policy to be considered.  Innovative new practices have to be scrutinized even while they are lauded - I hope my point opens up a dialog with influencers at Zappos for them to consider running Zappos Insider along side regular job posting for roles where social media interaction and client interaction via phone and e-mail are not a required part of the everyday job (Developers, SQA, warehouse workers etc) - it's a simple fix to what I see as a program unintentionally designed to shut those people out.  Caveat - I have signed up for the Zappos Insider Social Media system to look at it myself even though I am not looking for work there.  Perhaps it will surprise me, however, if constant interaction on this social media channel is a required pre-requisite to being considered for employment, I'm afraid that supporters and banner wavers of this new approach have missed the point - it's just not something the vast majority of people on the spectrum will be able to participate in.

Comment by Derdiver on June 2, 2014 at 6:06pm
Ok D2 here is a thought. Maybe it will work maybe not. However it's an interesting approach that, for larger companies, may be able to integrate in to mass hirings within their companies. Zappos needs worker bees as well as developers etc. This is a novel approach to get good workers in the door that may not have a bang up rock star resume.

Thanks for the comments Derdiver - agree it's a novel approach and it sets them apart (it doesn't hurt that this initiative got them LOADS of free PR as well) - I'm just pointing out what I see as a flaw that only the Type A's will be able to bridge the gap to participate in the hiring process.  If you aren't super social on social media-  rah rah shish kum bah....you are overlooked or dismissed.  For the introvert...or those on the spectrum - simple introductions and statements (if they have the communication skills to even do that) will be overlooked.  I think it has it's place....but it's place seems to pre-qualify as well as segregate.

@ D2. You're welcome.Check w. me re AASCEND and The Specialists Guild at kdhalperin@sbcglobal.net.

Beyond  possibly leave out those who aren't "rah-rah" types, howisthis "get to know us" approach supposed to QUICKLY put quality butts in chairs?