Minimum wage hikes are all the rage these days. My own adopted hometown of Seattle recently approved $15 / hr minimum wage. Not be outdone, the CEO of Gravity Payments announced he was raising “minimum wage” for his company to $70,000 per year. In order to meet payroll, he’s docking his own pay from a cool million down to $70K. The idea is that 70K should provide for optimum happiness. Emotional well-being is thought rise with income, but only to a point – about 75,000 a year.

My brain nearly exploded with all the “but what’s”. 70K in Seattle is nowhere near equal to the same paycheck where I grew up in Kansas – but that’s not what this blog is about. Let’s focus on emotional well-being and how money drives that. Sorry, it doesn’t. Oh sure, it’s easy to be unhappy when you can indulge in a little retail therapy, and problems are different. Having your electricity shut off could be worse than your husband stepping out with the nanny – unless it’s your husband. Rather than throw out a bunch of hypotheticals, allow me to share my own hard lessons.

I grew up poor. I mean POOR. No cable TV, no phone, no family car. My childhood was spent in a variety of trailer parks and tiny apartments. One particular short term “home” from my very early childhood didn’t even have indoor plumbing. I know poor. One of my most vivid memories from high school is shopping with my mom and little brother. I would have to tell her which line to use to checkout, since kids I went to school with worked at our local grocery store. Emotional wellbeing? I just didn’t want to be seen with food stamps.

One of the promises I made myself as a young woman was to never live that life. I appreciate how hard my mom worked to raise two kids alone, but I swore to myself that wouldn’t be me. I worked hard and even though I married young and had kids right away, I still worked my ass off. My ex and I made a comfortable life and a decent living – we “should” have been the happiest we could be, apparently. Well we weren’t. Even as an adult I still ran into tough times. While my career has mostly been on an upward trajectory, 2009 was horrible. I was laid off for the first time ever and had a (now ex) husband who refused to work. My lowest point up until then was asking for financial help from my (now former) in-laws because he couldn’t be bothered to. I would have given ANYTHING for even half of that magical $70,000 solution. I was so desperate for work I ended up taking a role working in government for right about half of that number. Still, I persevered. I took comfort in the fact that I COULD work, my kids were fed, and when life dealt another crushing blow in the form of a major illness, those union benefits sure came in handy.

Fast forward another year or two I end up back in recruiting. It was like the clouds had parted and the sun came out for the first time in a very long time. I had made it. AGAIN. I was back in the ranks of the gainfully employed and quite successful cool kids, right where I always wanted to be. Oh sure, I learned some lessons along the way about savings, emergency funds, and most painful of all that even within the partnership of a marriage I was clearly on my own. Lucky for me, I had passed that magic salary threshold once again. My emotional well-being should have been secure.

It wasn’t. Not by a long shot. When the most difficult phase of my life finally ended and I was able to start living again, my income hadn’t changed. In fact, my professional success actually dragged out my divorce, as someone felt a sense of entitlement to what I worked so hard for. I had many, many nights wishing I was still that poor girl living in that trailer. My “success” had brought me a battle I was not equipped to fight. Fortunately, I made it through. I came out on the other side of this dark period for a whole new appreciation for what true happiness and emotional well-being actually is. I work to live now, not the other way around. My long term goals include significant downsizing (tiny house anyone??) and a total shift in how I’ll spend my time – most importantly with WHO I spend my time.

When I think back on times when I’ve been happy, truly happy and at peace with my life, money had nothing to do with it. I’ve had plenty, I’ve had next to nothing. My emotional well-being has never been tied to my bank account – conversely I seem to have had MORE problems the more financially stable I seemed to be! I’m not disputing how hard it is to live in poverty, or how hard it can be to dig your way out. I’ve done both. We’ve got to get away from this flawed idea that more money is going to make our problems go away – some might, but that doesn’t mean there won’t be different ones lurking around the corner. 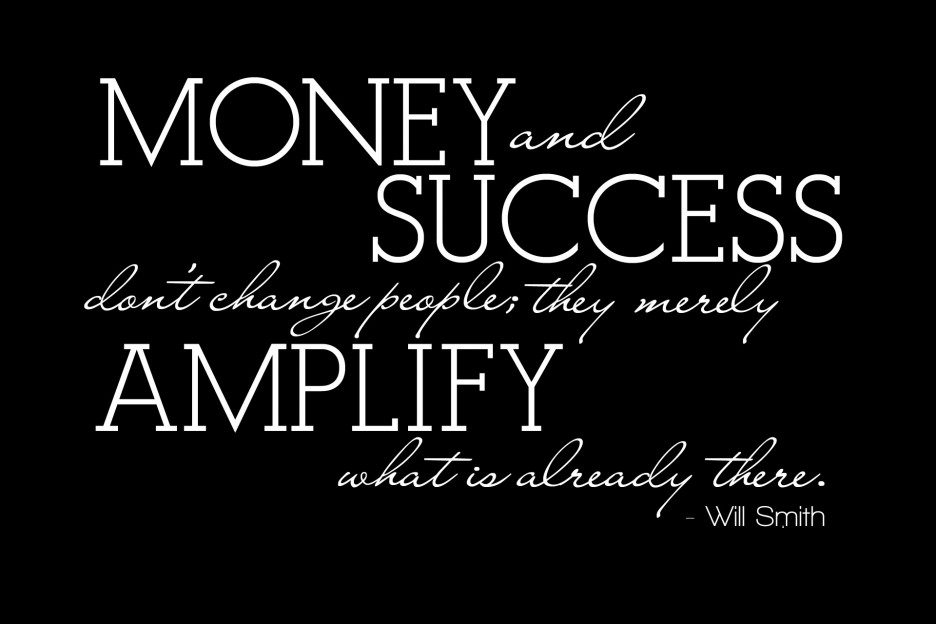 Amy - Fantastic post!  Seems like a simple concept but leaves you with a lot to think about.  Thanks for sharing.

Thank you for this excellent post Amy and great take.

thanks guys :) appreciate the forum to run my mouth with little to no filter lol

now about that video...

Great article, Amy. I asked a question on Facebook and you can address it here or there -- if you want to. Your essay shows a willingness to be open about personal issues and that's why I feel free to ask this.

When you saw the problems your mother had raising a family on her own without, I presume, a good education and good job, why did you rush into marriage and children yourself?

I know that it didn't cause you problems -- but it might have. I'd also be curious to know how you became who you are today in spite of that background. No one could tell that you came from a deprived background from speaking to you. For all I knew, you could have been the happy child of two successful lawyers.

Inotherwords, you speak well -- like an educated person -- and have a lively personality. Where did that come from?

Here's  one reason women rush into marriage.  I'm not saying this is why Amy did it, just that it 'splains the behavior of some. 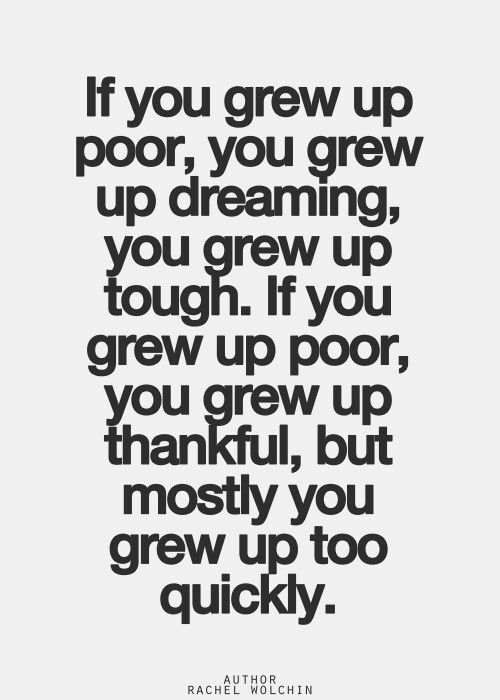 Sure does Maureen - I guess for me it was about the stability that I lacked in my own upbringing - college was NEVER discussed, I was expected to just move out, start work, make a life of my own. My mother loves me very very much, even now and still does a lot for me. It just wasn't discussed back then. I was "grown" before my time, that's for sure.

I suspect the $75k = happiness equation probably has a lot of assumptions and restrictions in it, like cost of living and expenses. Divorces, chronic illness, and employment of course add major stresses. I think the original study you make reference to measured a person's overall satisfaction with their life and/or work, not their day-to-day happiness. (There's another study I saw reported on recently that shows the richer you are, the more alcohol you drink, so it's definitely not a simple calculation.)

When it comes to recruiting and employer branding, I'd say offering a living wage is (or should be) just plain human decency. Offering above that lets you be competitive. I'd say Gravity Payments is competing on the idea that everyone who works there is valued much more beyond that baseline level.