The $300 Billion Problem: How To Fix Employee Engagement

It all starts with hiring the right people. 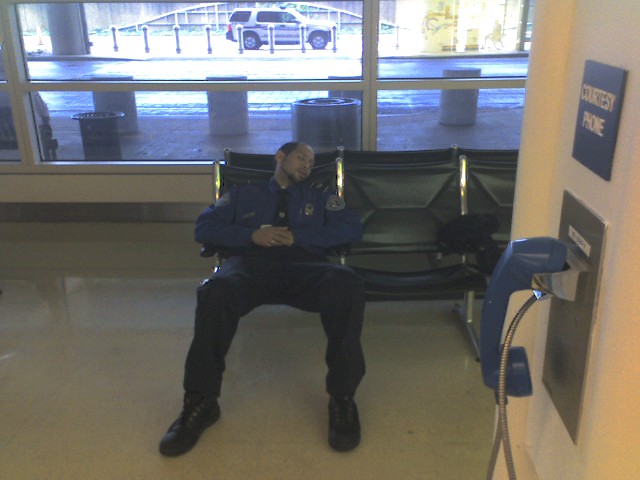 This police officer could be described as disengaged. Credit: Wikipedia Commons

One of the biggest problems in the American workforce today is disengagement, which means – as you might surmise – employees do not feel engaged at work and therefore aren’t nearly as productive as they could be.

That means that only 29 percent of American employees are really trying hard!

Those stats are nothing that would shock any good human resources professional – they know this problem exists and are looking for ways to fix it. Yet the numbers show, to be frank, no solution has yet to be found. Until now, thanks to some interesting research by Dr. Paul Connolly, the president of Performance Programs, Inc. and a leader in organizational psychology.

“The best way to get people to stay is matching the goodie they want to the goodie you offer,” Connolly said at a recent SHRM conference at Foxwoods Resort Casino.

We couldn’t agree more. And therein lies the answer.

Identifying What You Offer

So let’s say, for an example, you work at a company where a lot of people work long hours but there is the potential for growth and large raises if they produce. Also, it is a pretty independent environment, where employees are allowed freedom to do what they want – so long as they produce.

The goodies your company offers then are growth potential, the potential for a large income and independence. Now it is time to find people who seek those things.

It is worth noting here that not all jobs within a company offer the same “goodies.” For example, there might be jobs in manufacturing in your company that are very structured, have very precise start-and-stop times and have very regimented compensation packages. Meanwhile, sales jobs will be the opposite, much like the one I described in the first paragraph of this section.

So, for each job or each type of jobs, it is crucial your hiring team identify what “goodies” those jobs offer by honestly assessing each one.

Okay, now you know what goodies each job at your company offers. Then, when you have posted a job and built your applicant pool, it is crucial that you ask some specific questions of each candidate to learn what goodies they seek.

This is best achieved as part of a larger screening interview via VoiceGlance or some other phone screening platform, so you have that information before having to waste valuable company time on them for an in-person interview.

Connolly said the best question to find out what motivates a person is a simple one: “What is your greatest accomplishment and why?” A candidate’s answer almost always reveals what they are motivated by.

Since what motivates a person often isn’t listed in a resume, it is best using the phone screening software out there to find out (along with gaining some other valuable information). By asking a few, simple questions using one of these programs, you can determine what each candidate is motivated by and determine which ones really will be the best fit for your company.