The One About Video Interviewing 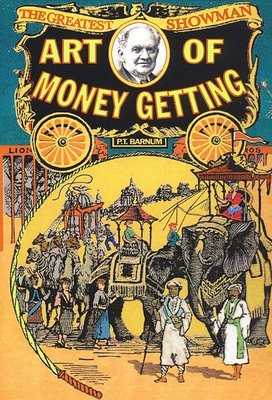 I had to write a post on video interviewing, because somehow, this has become an integral part of HR Technology, and that’s the beat I pretty much cover. And I've been hearing for two years how my skepticism can be overcome, how I just don't understand the technology behind video interviewing (really complicated) or some other boilerplate product marketing solution selling technique.

But I’ve seen dozens of demos at dozens of video interviewing vendors over the past couple of years (for a good rundown on some of the most prominent providers in the space, check out 9 Video Interviewing Options To Consider for Your Recruiting Organi... by Ryan Leary).  This is an astonishing number of competitors for a category that I categorically believe to be specious at best, hucksterism at worst, and fundamentally unnecessary to exist as an independent point solution (if at all).

At the 2013 HR Technology Conference, the video interviewing trend was reinforced by its integration within larger product suites, most notably, Jobvite’s video interviewing capabilities and iCims' addition of “video cover letters” to its offerings. This makes sense as a sales play, since the concept of video interviewing (or cover letters, or resumes, or whatever might have a market) is far easier to explain than say, industry leading CRM & talent campaign functionality (Jobvite). Or the value of an enterprise-class ATS at a price point that levels the playing field away from the Tier-One tentacles firmly entrenched onsite at the largest of employers back towards the SMB market (iCims).

While there are other major players encroaching on video interviewing companies’ turf, I really like both iCims and Jobvite’s core product offerings, and have spoken to many satisfied end users of both, anomalies in the ATS space which line recruiters love to hate, and learn to live with. While these “me too” offerings detract from their real value, they also evidence the fact that the market is already oversaturated with video interviewing vendors who, if they can actually develop proof of concept, can be easily out-developed and outsold by larger players, with whom they cannot compete as standalone point solutions. Most video interviewing companies rely on integration with major players, an alliance driven by necessity.

HireVue’s partnership model has been wildly successful, as evidenced by their coordinated presence with Cornerstone OnDemand after hours at HR Tech and proven integrations with Oracle, IBM/Kenexa, Silkroad and other one stop shops, and their vendor agnostic approach has helped them become the early leader (and most viable entry) in this emerging market. But there’s really nothing to stop any of these players from moving from a channel sales/integration approach to a fully owned functionality within a “total talent management” solution. I’m sure someone can repudiate that and produce some sort of contract to say otherwise, and go ahead and tell me how I’m wrong. In my experience, having seen a lot of those partnership deals on the vendor side, I can safely assert that no deal in the SaaS space ever has terms dictated in perpetuity – that’d be an obvious disadvantage for both parties.

The reason is that the cloud offers immediate, automated delivery of updates to ensure continuous innovation and improvements for their end users. The product roadmap is, after all, the continuous promise involved in every deal close, renewal or upsell – if it’s not there, it’s coming. And just like that, a few release cycles could kill off video interviewing vendors for good, at least as far as enterprises are concerned, and the other major client base (from what I can tell), slowing the rate of support and innovation which make video interviewing so attractive to so many high growth, high tech employers, too.

The other and more obvious scenario, and the reason so many video interviewing companies are getting so much venture capital, is that rather than developing these solutions internally, the Tier-One HCM systems will simply use their considerable war chests to buy one of their integration partners outright. Neither scenario has yet played out, despite all the sound and fury which will, inevitably, signify nothing, because the partnership approach for point solutions integrations offers larger players the opportunity to test the waters and see whether or not investing capital or sweat equity will generate sufficient returns.

iCims and Jobvite differ from the other major recruitment technology vendors in that they are companies whose core ATS product is native to the cloud, with no legacy or onsite systems to support. Both have already opted to develop their own video solutions despite the SaaS enabled ease of third-party integration. And, from their online marketing materials, at least, both are positioning video interviewing within their suites as a screening and assessment tool to augment instead of replace the traditional interview, something of a different approach than most product positioning in the category.

The big guys can easily follow suit, but the reason why they haven’t is simple: the market remains unproven. There are obvious selling points for video interviewing , among them time shifting, cost and time savings, even a diminished carbon footprint, if you believe the collateral. But tell that to the average recruiter relying on an outdated system, antiquated process and hiring managers who still require resumes to be printed and actually read cover letters (watching them is another story). They’re the ones who will ultimately determine the adoption, and viability, of video interviewing.

And something tells me that recruiter is too busy juggling phone calls, req loads, hiring manager meetings, dealing with third parties and all the other time-intensive, necessary evils of filling an open req with the best talent available, not the best talent out there (as many would lead you to believe), to stop and actually be captive to even three :45 second questions. I mean, most recruiters, whether they admit it or not, rely on superficial scanning to weed out resumes, and the best candidates on paper are easier to present to a hiring manager who doesn't want to hear from you in the first place than making them sit down and watch said candidate on video.

Obviously, when hiring for sales or for those whose jobs aren’t dedicated to hiring need to screen candidates quickly, video interviewing makes sense. But one of the primary reasons that those corporate recruiting counterparts exist (whether employed in-house, project or via RPO) is that interviewing is a core recruiting competency, and requires intervention and interaction to maximize their meaning. That means consumer grade tools like Skype, FaceTime, or even apps like BlueJeans should suffice for companies whose primary value in video interviewing involves associated costs for in-person interviews – and at a price point that’s actually lower than even the cheapest video interviewing solution.

With Microsoft and Apple cornering the most viable part of the market and with the major HR tech players still too tentative to dip in more than a toe after two years of industry omnipresence, the jury is still out, but even without a final verdict on video interviewing as a stand-alone solution, it already seems, the standpoint of industry adoption at least, that we're headed for a mistrial.

I am only a believer in screening options to use as part of the process. Anything that replaces the interview portion is not a consideration on my part (at least yet). If the recorded portion is used in the beginning steps and than used to filter out I am ok with this.

The next challenge is how do you educate the recruiter to not use the tool to completely screen out individuals that have quirks or an awkward "feel".

David - I will check out TalentVX, Thanks.