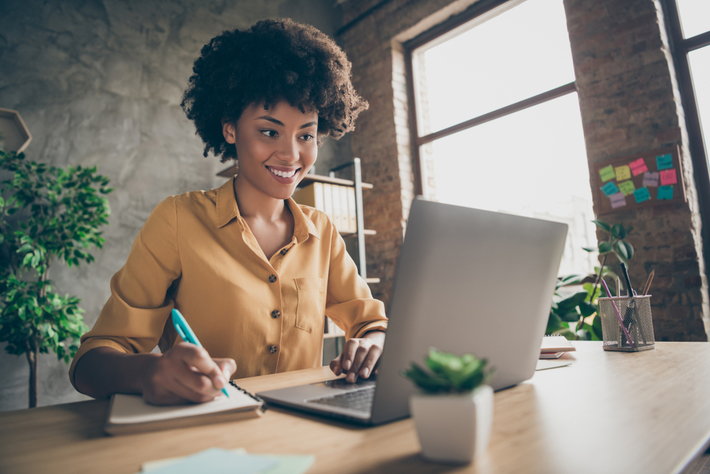 Time and time again, businesses have shown that those who have a diverse workforce perform the best. So why are so many companies in the UK far from achieving an inclusive and diverse workforce? Research has found that 1.5% of senior management roles in business are held by Black employees. In fact, there has been little change, with there being only 1.5 per cent of Black people in senior roles in 2014.

Companies that create a comfortable and inclusive workplace tend to attract and retain the top talent. After all, everyone wants to work where they’re valued and will be treated with respect – companies must keep the best workers by promoting a positive work culture. Diverse policies will not only help attract a talented workforce, but they will help combat offensive and closeminded decision-making, deliver unique perspectives from people from all walks of life, and help innovate the business to become better and more competitive.

For employees to flourish and grow, they must feel comfortable. This can be supported by the business with policies and decisions that don’t alienate minorities. Sadly, not all companies do this – for example, Jaguar came under fire following an employment tribunal after a genderfluid employee was harassed at work and not given support.

The Equality Act 2010 was created to introduce a minimum standard of diversity and inclusion, however, a genuine diversity policy goes beyond legal compliance and actually changes the work lives of minorities while encouraging their wellbeing. Research by McKinsey found that those with more diversity perform better financially. The least diverse companies, both from a gender and ethnicity point of view, are 29 per cent more likely to underperform financially.

Here, we take a look at two industries with low levels of diversity – accounting and tech – and how we can combat this.

Accounting for the disappointing statistics

The number of Black, Asian, and minority ethnic (BAME) directors at FTSE 100 firms decreased from nearly nine per cent in 2018 to 7.4 per cent in 2019. 47 FTSE 100 companies still have no ethnic minority people at board and executive director level.

In the accounting industry, “the Big Four” is the name given to the largest companies. They are crucial in innovating how we work and invest. Last year, the Telegraph reported shocking and disappointing diversity statistics, with only 11 Black partners of around 3,000 in total.

While it seems that white men are dominate leading roles in the accounting industry, there is only so far these companies can go before they plateau due to a lack of diversity and different ways of thinking.

The state of minorities in tech is a sad affair. Although there is a combined effort across industries to achieve proportional representation and equal treatment of minorities in the workplace, BAME workers are still underrepresented, underpaid, and often discriminated against. The tech industry relies on innovation and creativity, but how can it with a workforce dominated by white men?

According to Hired, 66 per cent of tech workers in the UK identify as white, whereas three per cent are Black, 17 per cent Asian, and two per cent Hispanic.

Start with the board

Unfortunately, a culture of promotion exists in today’s business landscape that excludes qualified minorities from promotion. For example, these candidates might not be part of the social network that those in senior roles and directorships are part of when considering candidates. Often, executives play it safe by hiring similar candidates to those they already have, having the same white males hired over and over again. Directors and executives should improve their recruitment efforts and expanded the pool of diverse candidates they are looking into.

The Norwegian Government introduced legislation in 2006 to appoint a minimum number of female executives to tackle the issue of failing gender inclusivity. Because of its success, Spain and France are looking to introduce something similar. Something similar could be considered in the UK to encourage directors to hire minority directors.

Training for the workforce

It’s important to remember that racism in the workplace must also be combatted to create a safe and inclusive environment. Racism isn’t always overt with blatant remarks and aggression. It can be covert and displayed through microaggressions and prejudice. This can be just as damaging for minorities in the workplace, who may feel uncomfortable raising the issue to their colleagues and peers. Addressing the way people think can be done through inclusivity and diversity training at work so colleagues know what isn’t acceptable and how their behaviours and words can be offensive. People need to be called out on their biases and learn to become better. In the 21st century, there is no excuse for racism and microaggressions.

Creating targeted training for emerging leaders who could potentially serve as directors in the future could help those with the potential to grow and progress for roles in the future. This makes workers feel involved, rather than being ignored and feeling forced to move jobs to seek better opportunities. Although there has been some progression over the decades, there is a long way to go and the conversation isn’t ready to end yet. With pressure from the public and workforce, things could change.

It’s important for industries to learn to be inclusive, not just to generate more profit but to encourage others to follow suit in helping create a new normal in the world of work. Business will stagnate when everyone thinks the same way and is limited by their own experiences. Employing workers from a diverse background and demographic will add new perspectives – an invaluable resource for companies. Sectors should take a look at what the top 50 inclusive companies are doing to adopt a culture of inclusivity and diversity.