Who would you hire: Charlie or Ashton? It's all about attitude!

This week, a UK survey “Employers hire on attitude over skills” found that 96% of employers would hire someone who did not have a complete set of skills but displayed the right attitude over an applicant with the perfect skills but who lacked the right mindset. The survey also claims that two-thirds of employers in the UK said that if they had to reduce workforce, they would fire someone with a perfect skill set over someone with deficient skills but sporting the right attitude.

We blogged about the importance of soft (interpersonal) skills for job seekers recently, and after reading the above survey findings, we wondered if IT employers in the U.S. feel differently than those in the UK.  Would 96% of IT hiring managers in this country really hire attitude over skills? 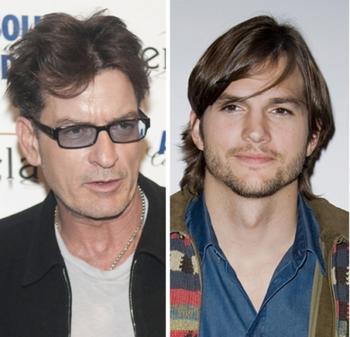 Consider this scenario.  You’re searching for a .Net Developer, but you haven’t had much luck finding a candidate that has all the skills that you believe are necessary.  An outside IT staffing firm presents you with two candidates. The first candidate is Charlie.  He is talented, and has the experience and all the skills you require. But then there’s that attitude. Charlie has a reputation in the industry for being difficult. The second candidate is Ashton. He’s not as polished as Charlie, doesn’t have quite the experience as the other candidate, and he lacks a few of the skills on your “must-have” list. But Ashton has been quite successful in his career. And he’s nice. And he has such a positive attitude.

So who would you hire?

Leadership Development Advisor, Beth Armknecht Miller believes that too often, leaders focus on the skills of an applicant rather than their attitude because it’s much easier to measure skills. She believes that if employers looked at the long term implications and costs of hiring someone who doesn't have the right attitude, they would take the initiative and determine the most effective way to screen and interview for attitude. This is where good behavioral interviewing and personality assessments can be of tremendous value.

Miller recommends starting the process by taking a look at your company’s top performers, and determining what they do (behaviors) that makes them stand out from the rest of the team. Once this is determined, tt’s important to document a recent event in which they displayed this behavior.

The next step is to create a scenario and ask the question, “What would you do in this situation?” It is critical that the scenario be something that links back to the position being filled. For instance, if the top performer is in sales but you are interviewing for a .Net Developer,  the behavior can be about follow-up and persistence, but the scenario should relate to a situation a .Net Developer would be involved with.

Here are a few examples:

As for assessments, Miller states that there are many options available, but she cautions leaders not to solely rely on them; rather use them as part of a suite of tools and techniques during the hiring process. She also points out that there are legal ramifications of using assessments during the hiring process and recommends that before using any assessments, employers check with their attorney.

If crafted properly, behavioral questions can provide a glimpse into a candidate's decision making process as well as their values. Miller believes that a great majority of employees fail in a company because their soft skills and values don't match those of their manager and company. Having a well defined hiring process that includes meaningful behavioral questions can aid in the selection of top talent and help to increase retention rates.

Attitude should be a key criteria when considering candidates to bring on board. In the scenario above, some may argue that Charlie’s abilities are superior to Ashton. That may be a fair assessment.  Ashton may need to improve his skills, but with what appears to be a positive attitude, Ashton has done quite well with his career and with more experience (and good attitude) he should only get better.  Charlie, on the other hand, well just look where his attitude got him.

Attitude is important but can be misleading if there is no track record of accomplishments.

If a positive attitude begets value added accomplishments, and those accomplishments beget more of the same attitude--then you have something.  Otherwise, attitude can be nothing more than..."A tale...full of sound and fury; signifying nothing". (Macbeth-W.S.)

However, comparing Charlie vs. Ashton--Charlie wins overall based on his work attitude and his record of accomplishments.  Charlie's foibles are a bit of arrogance mixed with entertainment- -these guys and gals do entertain for a living, e.g,  joaquin phoenix and his "rap" phase.

By the way what has Ashton accomplished besides a tired TV "70s series; a few movies that quickly went to video; he married a mother figure; and plays pranks on other celebs who appreciate an additional 15min of "deer in the headlights" notoriety?

Charlie had a good run replacing Michael J. Fox in Spin City; had a mega "HIT" TV series in Two and a Half Men and has acted in a number of cult classics like:  Wall Street; Hot Shots! & Hot Shots! Part Deux ; Platoon; Young Guns; Navy Seals,:and Major League to name a few.

Comment by Jon Prete on June 6, 2011 at 8:15am
Good points, but I guess the point I'm trying to make is, as successful as Charlie is/was, his attitutde stinks and I'm sure the people he worked for were made to feel very uncomfortable. If that's the work environment you want to foster, so be it. I was just responding to a survey that states the majority of employers (in the UK) would hire attitude over skills. The scenario with Charlie and Ashton was merely a question asking: if you had to choose between a "star" with great talent or someone with less experience and achievements -- but capable and willing to take on new challenges with a positive attitude -- who would you pick?