A Risk that Paid Off 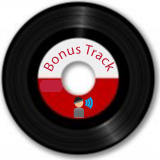 Three years ago I saw the writing on the wall. My job as a corporate recruiter was at risk. The trickling fall-in of the recession was taking its toll, seemingly one soul at a time. I surveyed the landscape of my gig and realized that, due to the changes that were taking within my company and on Wall Street, I needed to prepare. I needed to prepare for the worst. I wasn't really sure how to do that. My own landscape included a marriage beyond resuscitation, a job that was becoming as endangered as a spotted owl, and escalating bills.

I decided to look for work and once a new position was secured and that first month under my belt, I gave my husband his pink slip. With one less income in the house, the third issue -bills- was not going to go away any time soon. I had begun to write about recruiting and gone back to school to get my business degree, so life was well-rounded between my daytime job and the numerous activities my gut was telling me in which to get involved. Number one activity? Social Media. I had been unable to get enough of it - interestingly enough, I still feel that way today. While I watched the tragedy of the new recession unfold, my online writing increased and with much consternation from those around me, I decided that I needed to focus on new media / social media. I needed to figure it out and use it. I knew I did - I was pulled to it like a moth to flame.

I took a huge chance in making the choice to write more and dive into an unproven area of business. The thing is, the risk paid off. Through my study and writing, new areas opened up to me. I left the software sales recruiting firm at which I had landed and went in-house: my house. I started consulting small businesses about hiring practices and how to use social media to augment their online presence with the hope of increasing revenue as a result. I couldn't stay away from the computer. I started getting asked to speak at local business meetings and networking events. I developed Bonus Track and presented the idea to Jason Davis here at RecruitingBlogs. I worked consistently every day to build my own personal online presence. I created profiles on every network I could get my hands on. I attended networking events as close as two blocks from my home and as far away as 2600 miles. My bank account was non-existent and I was afraid..., but I kept at it.

Why? Why would I keep plugging along, working so hard at something that didn't come close to paying my living expenses and supporting my family? Because it was work. It was hard work and in my book, hard work always has a pay-off. Always. The risk seemed greater every day. Every day, bills arrived at my door. Every day, I seemed to get further away from my goal. Then, about a year into my quest to survive and thrive, I met someone at a networking event that retained me to help him market his business - using social media. Then I contracted with someone else. Then someone else... It was working, I was working and I loved what I was doing. And it was hard work, it was constant work. I worked long hours and tried everything I could to scrounge a few dollars together to buy groceries. My children needed to be fed, I needed to be fed. I will be honest with you, it was extremely difficult. It was the hardest thing I have ever done; I wasn't sleeping because those hours were filled with worry.

As a result of my involvement and work at RecruitingBlogs, I started getting noticed and my requests for conversations were being granted. One such request was to speak to and have lunch with Kelly Robinson at Broadbean. By the end of our first conversation, Kelly offered me a job. A full-time job - not a contract position - like I had first thought. That was in the summer of 2009. The risk, the macaroni and cheese, the endless hours spent online building relationships and expanding networks, the marketing and business plans written for clients and partners, the late nights spent writing- blogging, the losses, the changes... They were all worth it. Social media proved to bring me significant ROI. The investment hurt, the ache in my stomach was hunger, and not just for food, but for total sustenance.

A risk that paid off more than my credit cards - a nice side effect, by the way.

Thanks for keeping up with your articles and giving us something insightful each day. Since we first met I was impressed with your way of "keeping it real." I'm looking forward to the next time we get a chance to be in the same room, even if only for a few minutes so I can soak up some of your positive energy.

As a person who makes his living by motivating and pumping up other people by giving them the helium they need, I am often asked who pumps you up? I'm happy to say that you are one of those people for me. It's easy to give a lift to another when they are way down but much harder to get a rise when you are already floating high, you always seem to find a way to do exactly that. Thank you!

Permalink Reply by Joan Thorne on November 16, 2010 at 2:27pm
Nice commentary on how one essential it is to be adaptable in today's market. Social media has changed and continues to change the way companies communicate with and attract passive job candidates. Thank you for sharing the personal risks/investments you made in how you do business and redefined your life.

Great post, and it reminded me of a saying I've always loved and found to be true, "Do what you love, and the money will follow..."

Permalink Reply by melissa versailles on November 17, 2010 at 1:12am
Wow Rayanne, incredible! I believe most are not prepared to sacrifice short term to receive a lifetime of unbelievable gain. Congratulations on pushing through and accomplishing something BIG and EXCITING. I would tell you that I believe you will go far but I am all about honesty and that would be a lie. I KNOW you will go far!!! ~Stay Fab~