St. Louis Cardinals' David Freese, right, reacts as he and Daniel Descalso score on a single by Pete Kozma in the ninth inning of Game 5 of the National League division baseball series against the Washington Nationals early Saturday, Oct 13, 2012, in Washington. (AP Photo/Nick Wass)

Another “historical”  “unlikely”, “thrilling” “epic comeback” coming “from behind”…and the descriptions and superlatives keep coming on the MLB-ALCS play of the STL Cardinals on Friday, October 12, 2012.

With 2 Outs and a strike away from winning in the top of the 9th Inning the Nationals had a 7-5 lead with their CLOSER dominating...in what became an INCREDIBLE INNING for the defending World Series Champions -- the St Louis Cardinals.

Moral of the story cuts two ways:  "Don't count your chickens before...", and "Don't quit just because you're down by 2 in the 9th inning, with two outs & in a full count."  Because, as Yankee wise man Yogi Berra once said, "It ain't over until it's over."

Recruiters should carry this mantra close to heart when the client(s) is unreasonable and the better candidate(s) are just too hard to find, attract...and land.  When the going gets tough order some lemonade...and buckle-up bunky..."a la VBM.

The mantra is good.. but I cannot and will not ever agree with you that the Yankees are anything bu evil....

@Ryan...I'm not understanding your comment about you will not ever agree with me & the "Yankees are anything bu evil...." ?

My Yankee reference concerns Yogi Berra's famous quote: "It ain't over till it's over"...meaning the Nationals were over confident that they had the 5th game won against the Cards...with a two run lead with 2 outs and a full count in the top of the 9th inning, against the bottom of the STL lineup. The Cards pulled off and won in history making fashion...meaning they didn't give up against tremendous odds against them winning that game.

How that applies to recruiting is to persevere and persist especially when things are not going your way –because there are PEAKS and valleys along the way.

That was the msg I attempted to underscore.

Rain delays are a pain...especially when your team is leading... 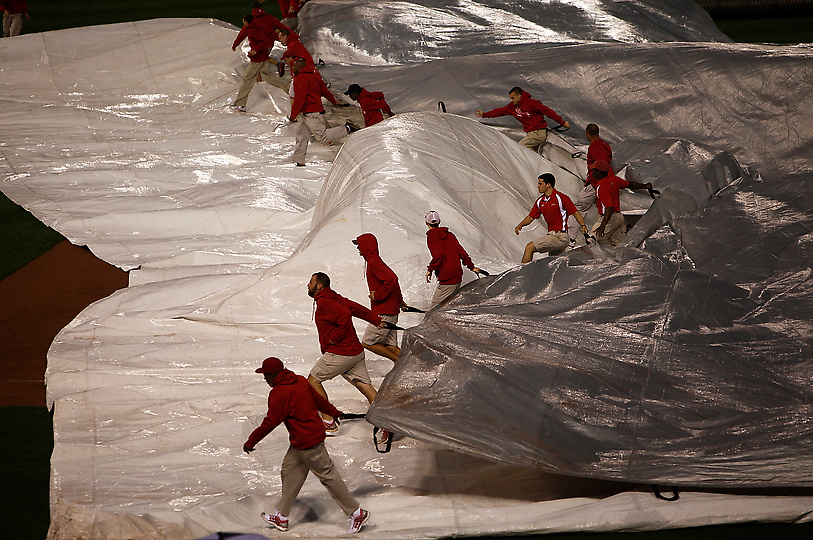 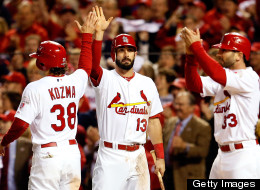 Matt Carpenter congratulates Pete Kozma and Daniel Descalso of the St. Louis Cardinals after both score on a RBI double by Jon Jay in the sixth inning against the San Francisco Giants in Game Four of the National League Championship Series at Busch Stadium on October 18, 2012 in St Louis, Missouri. 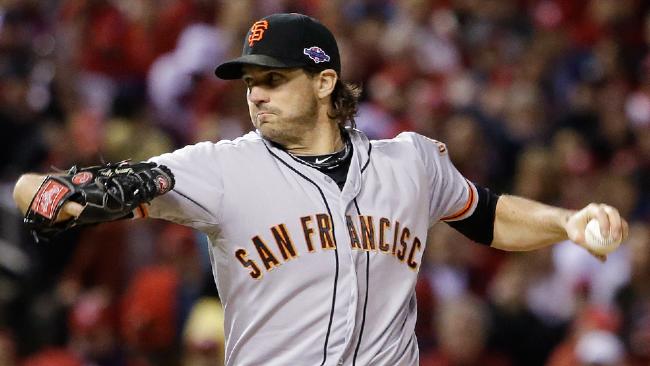 Cardinals vs. Giants: Barry Zito was at his best in Game 5 against St. Louis. (AP Photo)

Ugh!...This does not pleeze me, but what can I say--Barry Zito and team played a great game and the Cards have to not be counting their/our chickens before they're hatched...

SF here we come...we only have to win one more in this seris...GO CARDS! 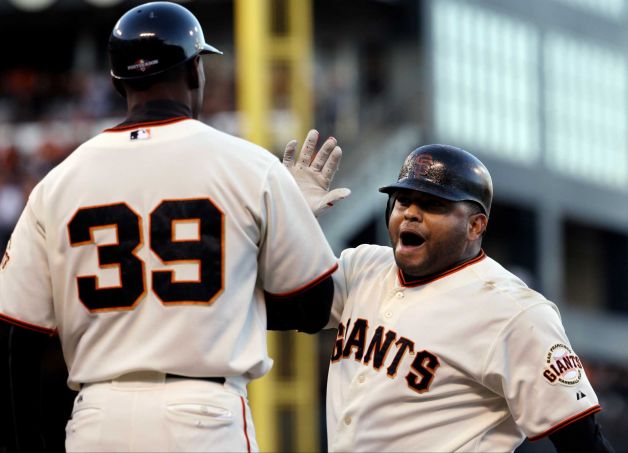 So we we have the Giants right where we want them.  Yes, allowing them to tie us in the NLCS and forcing a game 7 is good for the economy and for their confidence. Mañana it will be a different story.  GO CARDS!

I agree, Bill.  The Giant's effort was valiant.  Coming back after being two games down in the NLCS is something else,.

SF should do well against Detroit.  Sandoval (Panda) is already showing signs of breaking some records and Zito is being Zito...GO GIANTS!