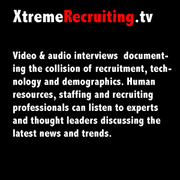 Video interviews and more with leading recruiters, Big Billers and those with something to say about the changing world of work.

Marc Gringas is a serial entrepreneur with a successful track record as a venture capitalist. Prior to founding Tungle, Marc was Vice President of Business Development and Product Marketing for Nimcat Networks, a leader in peer-to-peer (P2P) communication applications, until its acquisition by Avaya Inc. in September 2005. Marc was previously a venture capitalist at Innovatech Montreal where he oversaw investments in numerous telecommunication and software companies. As a venture capitalist, Marc’s investments yielded a combined ROI of more than 125 percent.
Prior to joining Innovatech, Marc co-founded Gytek Inc., an e-commerce software company in Waterloo, Canada, which he eventually sold to Entrade Inc., a NYSE company. He remained with Entrade as Chief Technology Officer. Marc also managed the launch of "Chapters.ca ", a leading Canadian portal.
He continues to be actively involved in the community as an advisor for local technology companies and SOPAR, a non-profit organization working toward reducing poverty in India. He also teaches Entrepreneurship in High Technology in the University of Ottawa’s MBA program.
Marc earned an MBA from INSEAD, a master’s degree in management sciences from the University of Waterloo, and a bachelor’s degree in mechanical engineering from the University of Ottawa.

Do want you know what the hiring trends are in your industry globally?

Can anyone give me feedback regarding EGrabber? Pro's/Con's? Alternative recommendations?

Would an Industry Contractor Board work in Australia & New Zealand

You need to be a member of BillVick.com to add comments!

Check the creative job hunting effort by a candidate:

Hope you doing well. I do have ETL Architect, SAP QA Lead, Sr. Oracle Developer, Sr. Java/J2EE Developer, QA Lead and Sr. QA Tester available for project, please send me your open positions to sandeep@accentiqa.com, I will send their resumes.

They are open for C2C project only.

NOTE: THESE GUYS ALL ARE VERY SR. CONSULTANTS WITH SOLID INDUSTRY EXP 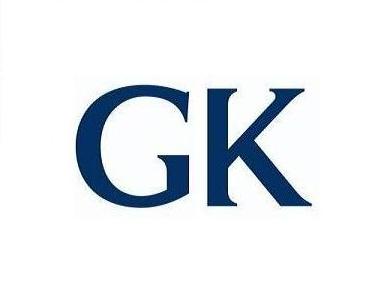 Are you a Recruiter? Be Proud to say it loud!

A group for all professionals who are into “Recruitment” and the one place to share your thoughts / discussions about sourcing strategies, recruitment processes, recruitment job opportunities and network with recruiters from other regions. Let’s join together to analyse and improvise the standards we follow, process we adhere, strategies we know to find the right resource in a cost effective way.

Let’s welcome them all who are proud to say “i am a Recruiter!”

Join us on Linkedin & RecruitingBlogs on Ning!

Comment by Ravi Revuri on October 24, 2009 at 10:33pm
I am very glad to announce the launching of Technodyne, Inc in Canada

I will heading its operations.

I am seeking business leads from recruiters/account managers in IT Staffing.

Comment by Jessica Miller-Merrell on October 21, 2009 at 9:15am
great interview! Gary is coming to Oklahoma City in November to speak with the social media community. I can't wait!!

Comment by Ryan Leary on September 28, 2009 at 1:28pm
Bill - Awesome interview. Gary is really a great speak and very motivating. Thanks!

Comment by audrey chernoff on July 27, 2009 at 5:44pm
Ok, so I went to Alliance Q and tried to send a contact email and keep getting rejected, but not told why the email won't be sent. Where do you sign up for the free year? Quiet Agent, United We Work or AllianceQ? I went to United, but it seems to send you to Quiet Agent.

That email bug on AllianceQ should be fixed or at least tell you why it failed to send the email.

Comment by John Sunder Paka on June 10, 2009 at 7:33am
Good Morning, I have found WizTalent Recruiting Software is the best of all that I have researched and worked with. Its fast, simple and integrated Monster.com, Dice.com, CB and LinkedIn into single interface.. I am happy to be a part of this recruiting tool.