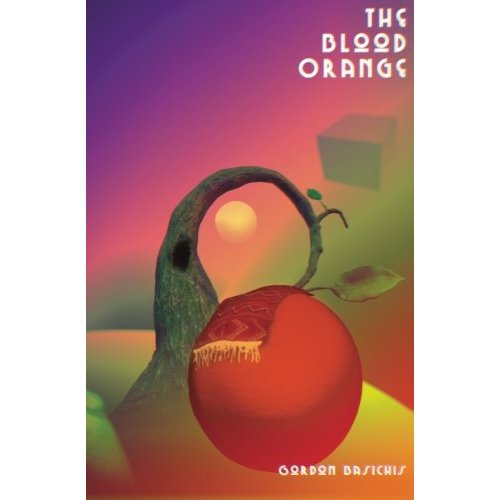 This is my recently published novel, a romantic msytery thriller in the tradition of Raymond Chandler and the writers of La Noir. It is set in contemporary times and draws upon the legends of oldSpanish California.

Very impressive, Gordon.  Ever present your works for consideration for a possible movie or TV Series?

Comment by Gordon Basichis on July 23, 2011 at 7:58am
Valentino, The Constant Travellers was optioned by two studios at one point, MGM, and Fox, but never got out of development.  I am approached fairly consistently on e Beautiful Bad Girl but have never felt comfortable with the people wanting the film rights.  I was in the business for a number years, wrote scripts for TV and Film, did public relations and promotion.  So I have long since learned in show business to proceed with caution.  I am sitting down with a few film friends for The Blood Orange though.   At a time when money is scarce and budgets are worth mentioning, it's a story that can be made locally.

Well, there you go.  The fact that there is some nibbling going on is a good thing.  Soon you'll have an entourage of sorts, or not.

Any non-fiction works in the works?  Judging from your blog themes I wouldn't be surprised that you have a work coming out in the tradition of Upton Sinclair.

...any sage advice on what you would do over; watchouts; or candid observations about the writing journey?

I am too far gone for the entourage number.  Did that...worked for some music groups as well, which causes one to sacrifice more than a few nights sleep.

Valentino, I sold my first book at twenty four, which was more than a few days ago.  They were writing on parchment at the time.  I knew nothing about the publishing industry, but just sat down and wrote the book.  Since then it has gone through more than a few changes.  Publishers went from publishing what they liked to having to first pass it to marketing, which in turn ran tests, and that was how many books were determined.   Writers were given a few books to build up a readership but no more.  That is mainstream publishing.  But now with the plethora of small publishers and self-publishers and the fact that you don't have to publish first printing  a minimum five thousand copies to work the economies of scale, it is all different.  Kindle and ebooks, too, make a big difference.  So now you are not only seeing mainstream, safely vetted stuff, you are seeing a lot of junk as well.  But you are also seeing some remarkable work either from new writers or established writers who decided for what they wanted to do, they would take it out on their own.  I mean, what the hell, with Borders closing their are fewer brick and mortar bookstores and sales are online, Amazon and such. Much of my revenue comes form eBooks.

The main thing to me is don't let anyone tell you what you should be writing about.  Style, craft, yes there is definite input.  But content and subject, that's a bad idea.  The Guys Who Spied for China is based on my own experiences working with a man who was partially responsible for the uncovering of certain Chinese Espionage networks in the U.S.  I could have sold it mainstream, provided the "Me" character was the young innocent who gets in over his head, goes through a moral crisis, etc....ho hum.  So I went with a smaller publisher, wrote what I wanted, and the book received some nice reviews.

The other thing about the mainstream houses is that if the book doesn't shop bestseller than it goes on what is called mid-list.  No table displays, etc, and it languishes for a couple of weeks before it is remaindered.  Which means to the $1.99 bins it goes.  They still control the rights, and  you can buy cheaper copies for your friends.   No fun there.

Realize, given some of the subjects you bring up, the barrios, especially, most of the gatekeepers don't have a clue what that is about.   So their input other than style, structure, is negligible on the best of days.  Just write from you own perspective.  It is in the context of literature , first person non-fiction, especially, subjects that have received little exploration.  Well worth doing.   That is the area that I would find the most interesting.  The Blood Orange, by the way is drawn partly from old Spanish California Bandit legends.   Years ago, a copy in LA, his family went back generations, described how the bandits roamed the Hollywood Hills and ventured into town, the highways, the ranchos.  Interesting stuff.  Especially since there are still bandits in the Hollywood Hills, but of a different stripe.

At the end of the day you are other formulaic or you decided to write what you want.  Tough choice and there are advantages to both.  As a kid I asked Allen Ginsberg, no wilted flower, how do you hold it all together?  How do you keep the emotions in control so that it appears contained and structured.  He answered, "you don't.  You just go where you want to go."

Comment by Gordon Basichis on July 23, 2011 at 12:26pm
Also, no Upton Sinclair for me.  I tend to write quirky and funny, even on the subjects most of us take oh so...seriously.  Can't help it.   Without a sense of irony and absurdity, we have to take all this at face value.

Your insights are appreciated.  Maybe our paths will cross at a book signing where a bestseller is the reason.