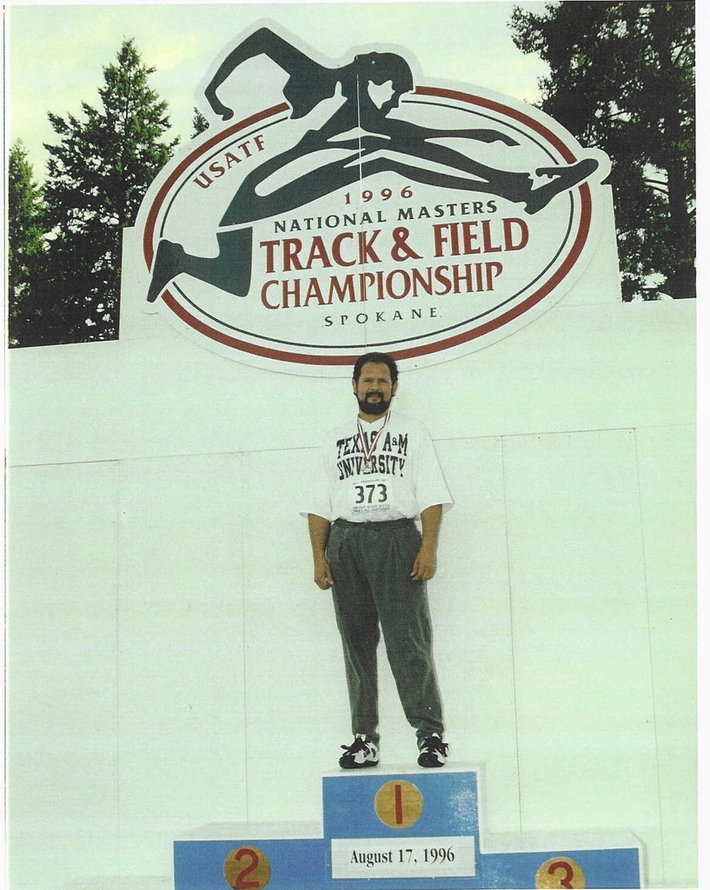 Yes, posting this photo, among many others I’ve posted here, and what it represents is shameless flaunting of a past achievement.

However, it is no different than how companies and individuals brand themselves and their past achievements for public consumption.  Visit any company website, or individual bio in industry, politics, academia, sports, entertainment, etc.  They are testaments to past achievements in a relative sense—some more accomplished than others.

In defense of elitism, which may sound trite, I say there is value in “humility” as there is in “Pride of Achievement”.  I’ve hidden my accomplishment for too many years and I won’t be around for too many more.  So in all humility—I’m quite proud of my past achievements and this is happens to be one of many--A Gold Medal earned in 1996—in the Discus Throw--at the National Masters Track & Field Championship Meet held in Spokane, Washington.

This was my first National Gold Medal in Discus Throw competition.  Since then I’ve won a total of five National Gold Medals (three of which are National Senior Olympic Gold Medals) and four Huntsman World Senior Games Gold Medals.  By the way, my discus throwing accomplishments started back in high school where at the New Mexico H.S. State Track and Field Championship Meet--I broke the a NM State H.S. discus throw record that stood for 17 years.  My record stood for 22 years.