Back at the start of the year we blogged about the controversial decision made by the RAD awards not to shortlist, or appoint a winner, to their 2013 Candidate Experience Award due to the quality of the entrants. This year the category has… “The fact that the recent HR Tech Europe Spring conference in London focused not on technology but on data tells you just how important the issue is becoming for organisations.”…

Whenever recruitment is discussed attraction and retention is often the key focus but what happens in between? What do companies do to keep applicants engaged throughout the recruitment process and, crucially, what do they do at the offer stage? With the recent release of A’level results, a new influx of students will be entering the university halls this September but what should they be doing to make the most of their university experience? And how can employers ensure that their expectations of graduates align with a graduate’s expectations of them? …

Gathering feedback from candidates not only ensures that you know why your recruitment strategy is successfully driving skilled talent through the company door, it also provides powerful insights into the impact this process has on key candidate perceptions, motivators and expectations. Measuring and monitoring the candidate experience provides:

Interview questions: The wackier the better? Slow off the mobile mark? Google’s cracking down… 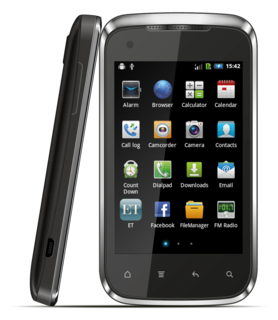 Whilst our previous blog “Mobile Recruiting: It’s not just the technology… “, outlined the importance of…

The Recruitment Process: It's marketing's prime-time...

Recruitment marketing comes in all shapes and sizes, but what does it really say to candidates when an organisation goes the extra mile?

Examples of this can be seen in the following job advertisements. As you look through them consider what impression they would give you as a potential candidate……

Candidates are customers too... How do you treat yours? [Infographic]

The candidate experience is the chameleon of the business world – whether you notice it or not, it is influential in every aspect of a company’s performance and growth. To ignore it is to disregard an essential building block in an organisation’s growth.

The Unemployable Graduate: And the great skills gap… [Part 3]

“Without a remedy for this mismatch of demand and supply, we forecast that by 2020 there will be a global shortfall of 85m high and middle skills workers for the labour market.” 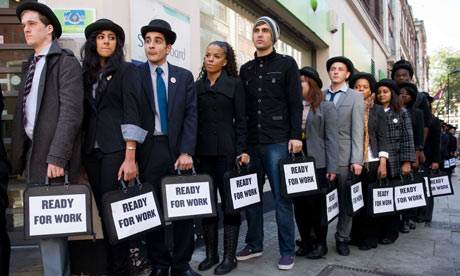 The Unemployable Graduate: Who is helping? [Part 2]

Just over a year ago, I wrote a blog piece on the current state of graduate recruitment and who was in a position to help. A year on the situation for inexperienced graduates, and young people in general, is still difficult:…

Candidate experience: The good, the bad and the unsuccessful

“Why should I care about the views of unsuccessful candidates? I spend long enough processing the ones we hire to worry about those we don’t.”

This is something a lot of recruiters generally don’t say out loud but often think as the workload increases.…

The Recruiting Innovation Summit, held in San Francisco earlier this month, offered recruiters the chance to learn about and discuss what innovations will be driving the recruitment…

A Good Candidate Experience: “There’s really no excuse not to...” 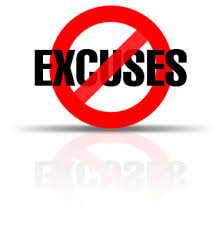 The latest meeting of the Talent Forum discussed the question 'Does your brand help or hinder your talent strategy?' Speakers from international employers…

Mobile Recruiting: It’s not just about the technology…

Since February 2010, the number of job-seekers with smartphones has risen from 43% to 76% - almost doubling in two years. Whilst this is not necessarily surprising considering the current surge in technology for smartphones, what are the implications of this on job sites and the recruitment sector as a whole?…

Management expert Ken Blanchard once said, ‘Feedback is the breakfast of champions’, but, as the to-do list tots up, it can be easy to forget the…

No matter what your line of business, it’s the people that count. Human capital is a valuable commodity, not to be traded as an object but treated as a precious item - it’s not a business overhead but an asset. This is a topical point for CEOs and HR as shown by Mercer in their recent survey…

The Employee Value Proposition: Get in touch with its human side…

According to research undertaken by the Corporate Leadership Council an effective EVP can:

The Recruitment Process: As candidates jump further so must recruiters…

According to research by the specialist recruiter Randstad, over the last five years the interviewing landscape has changed considerably. Due to the current climate, organisations have become more selective and vigorous in their…