We have written recently that the market is showing signs of recovery and that job flow is increasing. Indeed, I have personally seen a marked increase over the summer when I had been warning candidates earlier in the year that things would slow down…you live and learn! It is all…

The Recruitment Hokey Cokey: in-house, agency, shake it all about!

I’m an odd recruiter. Not in the sense that I don’t fit the traditional image we all know (and love?!) but because I went in-house, came back out again, and am far better because of it.

My recruitment agency career was going well - I had managed teams, moved to a search firm but still had an itch to scratch. The Holy Grail was an in-house role - how great…

In house recruiters: how to nurture the relationship with your recruitment agency

8 Great Smartphone Apps to support candidates in their job search

Winning hearts and minds: how to build your influence in an in-house role.

However good you are as a recruiter, the biggest issue when moving to a new company or indeed, moving into your first in-house role, is how to build your influence…

Harrods Head of Resourcing, Jenny Parry, talks to AdMore about recruiting for the most iconic retailer in the world.

Jenny Parry joined Harrods in 2008 and is currently Head of Resourcing. Here we talk to her about the Harrods Employer Brand and the many changes that have taken place in recent years.

Jenny, you joined Harrods from Tesco, how did you find the transition?

Top Tips for Agency Recruiters: Do You Have a Plan?

January. Dark, cold and alcohol free. You have stocked up on soup, joined the gym, you’re wearing your new jumpers / shirts / shoes / socks / ties (maybe all of them...) that you were given for Xmas and trying to block out the ‘sporty’ one on…

Top Tips For A Competency Based Interview

The Competency Based Interview is now widely used and so you will undoubtedly face one as you move through your job search process. Ultimately, this is an opportunity for you to demonstrate your skills and ability to do the…

Is Now The Best Time To Be Starting Your Job Search?

Tradition suggests that January is one of the best and busiest times to start your job search and looking at my phone log and inbox this week, that certainly appears to be the case.  But is January,…

How to win the heart of an In-House Recruiter

As an agency recruiter for 6 years, I thought I knew a fair bit about recruitment and I admit, I shared many of my colleagues’ frustrations about the role of the In-House Recruiter:…

Leaving the dark side – how agency experience benefits the in-house recruiter.

They say doctors make the worst patients – is the same true for ex-agency consultants who move in-house? Sometimes, certainly. Take a… 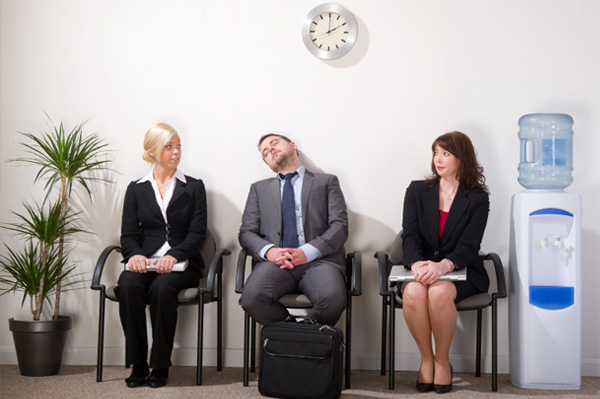 So you have been successful in securing an interview, you have passed the…

FedEx Day – What a great IDEA

So what is a FedEx day, and why would a recruitment company want to hold one? Dan Pink talks about it in great detail in his book ‘Drive: The Surprising Truth What Motivates Us', but to summarise, it is a 24 hour window to develop a new product. The deal is, you have to deliver overnight, hence a ‘FedEx’ day. When this is finished everyone meets up and votes on what they feel is the best product.

There is no input… 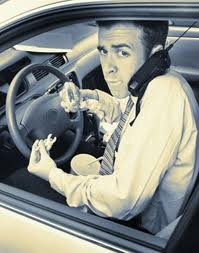 They say doctors make the worst patients – is the same true for ex-agency consultants who move in-house? Sometimes, certainly. Take a recent case when one of my colleagues drove to the other end of the country (a 5 hour drive) for a client meeting scheduled at 4pm. This was a new client, there was no history, good or bad and so this should have been an amiable introduction to form the foundation for the relationship going forward. Instead he received a frosty response and a grilling for 40…

When is it right to accept a counter offer?

Having recently read a number of blogs on this subject I feel compelled to write this as I believe most articles are very one sided in their viewpoint. Most are focused on outlining to candidates the many reasons why, when they resign, they should not be tempted to stay by a counter offer. I don’t think I have read anything explaining the reasons why you SHOULD accept a counter offer but here’s the thing - there are times and there are circumstances when…

Talk Like a Pirate Day - A Tale from the High Seas of Recruitment!

"So there we stood me 'earties, in a fierce sou'westerly, headed for 'ome. Me ol' peg leg skidding around on the surf-blasted top deck, when cap'n Sophie spies summat on the 'orizon. It was a vacancy the likes of which 'adn't been seen since we drove the Armada onto the rocks and watched a thousand Spanish sailors removed from their posts by the 'eartless briny grip o' Davy Jones locker. Yea, a massive corporate hiring programme, tossed high on the great fiscal swell,…

How to avoid joining the wrong business

15 questions you need to ask before accepting an offer.

This year we have seen a significant increase in the number of candidates returning to the job market, albeit relatively passively in a lot of cases. Surprisingly, while the reasons can be poles apart such as redundancy or a lack of career progression, it can often drive similar behaviours amongst candidates. I have commented previously…