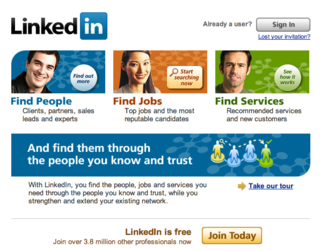 Cast your eye over any article, blog or tweet regarding 'social media' platforms and pretty much every time you will hear LinkedIn included in the list, especially when talking about 'social' recruiting.  I don't know about you though, but I don't see LinkedIn as social technology at all, certainly not in the same way as I would see Twitter or perhaps…

There's no "black hole" in community... Community. It's the word in everyones lips right now. Which is always a worry. We descend into 'fads' so easily these days it seems and it would be a shame for community to end up being tarnished with the fad brush. I have long been a big fan of community - I believe it has the potential to transform  organisations and shape business models, deliver exponential results…

The "Candidate Experience": There isn't one... 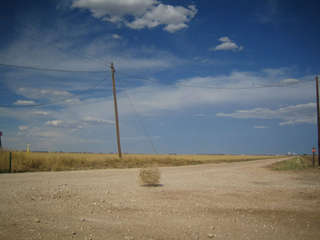 If you are involved in resourcing, whether in house or on the supply side, you won't have failed to have noticed the big shift and conversation around direct resourcing.  You will also, I’m sure, have come across many conversations about the candidate experience, or lack of it – see here for…

I seem to have spent a significant amount of this last year back in the field of a subject that occupied my working life some 13 years ago - recruitment technology. More specifically, new technology in the form of start ups and new entrants which is always more interesting. However, as those with way more experience of the start up arena will tell you, you have to kiss a lot…

Linked in profile vs The CV: Face off... 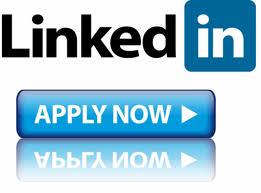 There has been quite a lot of argy bargy in the recruitment space recently following the launch of the 'Apply with LinkedIn' button, hot on the heels of their IPO announcement. A large amount of the debate is centred around the impact of the tool and, given LinkedIn's ever extending reach… 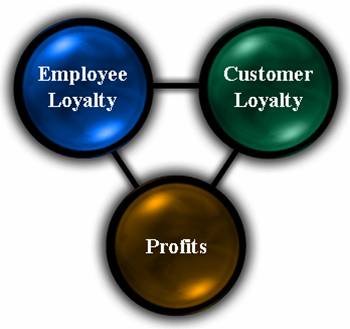 I spent quite a few years working in the CRM space, many of those talking customer loyalty and retention strategy with some of the biggest brands out there.  In all of the conversations we would have with their customers, there was one consistent and familiar story which often went something like this:


"How did you become a customer of… 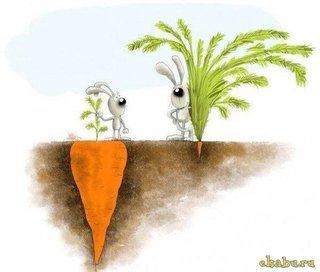 I tried to make a point at the recent #SRCONF that, when it comes to the employer brand, size no longer matters.  Big is not longer beautiful.  Money no longer talks - people do. Judging by the looks on the faces of the audience I failed miserably.

Social Media is a fad...

...maybe.  Certainly the phrase is.  Ok I hear ya about the evangelism and all the hype, but that happens whenever you have a new thing on the block of any magnitude.  Over time it dies off and we get to making the most of the opportunity.  I've been around long enough to know, and the Internet was the last time we had such frothing at the mouth.

Back then people argued the toss over…


I have been thinking a lot about job boards recently, as both a customer and a jobseeker.   In these socially enabled times, it strikes me that the job board user experience should be something like this:

Jobs are displayed in easy on the eye tag clouds, instead of ordered lists we know are manipulated by the recruitment organisations who post them.  Jobs are highlighted to me by other job seekers and I can rank them by most viewed, highest rated or…

Its not often I experience a first these days – I am after all the wrong side of 40! However, yesterday I was stunned into silence (This does not happen very often with me!) At our weekly ops meeting my colleague wanted to read out an email she had received from a client with whom we are on formal preferred supplier arrangement, regarding fees.

It's not about the deal, it's all about the individual...

About 3 years ago I met with a senior HR contact who worked for a FTSE 100. An intelligent, well-rounded and high potential individual and very charming to boot. The sort of individual who rarely stays on the market, if at all, instantly being snapped up by probably any of the other blue chip organisations.

So I’m sitting in my office and the IT Director hurries in, shoves a small black box, some cables and a piece of paper into my hand. “I’m off out” he said, “give this a whirl, I think you’ll like it”. And with that, off he trots.

I look at the box – a modem (remember those?!) and know enough to deduce that I needed to plug it into the office phone socket. After an hour or so of… Continue

Nothing seems to sharpen the mind more than a recession and that's particularly true in the recruitment industry. And, perhaps predictably, as things got tighter over the last 18 months or so, the spotlight kept falling on our common bedfellows - Recruitment Process Outsourcing businesses. For the purposes of simplicity, I'm using the term RPO in this post as a collective term to cover all outsourced recruitment arrangements, including managed service providers. I know I'll probably get in… Continue

KPI's are bad for recruitment...

Before joining the recruitment industry wholeheartedly, I, like many others had a pretty rose tinted view of how recruitment worked. It wasn't until it became part of my career did the realisation hit me that far from the focus being on relationships and service, it was instead on sales, closing the deal and hitting KPI's.

Fortunately for me, there are some that believe this to be a waste of time and this has allowed the Courtenay HR business to flourish inside our parent group, where… Continue

It's a funny old world, recruitment. On the one hand, you have some recruiters talking about social media like it's the second coming. On the other, you have others saying its simply the recruitment equivalent of 'big hair' - a fashion fly by night that has a shorter life than your average cheap firework.

Rarely though, do you find a recruiter that champions social media in one breath, then goes on to snuff out its potential in another. So midly surprised was I, when I picked up the… Continue

Fighting the War for Talent? Dont waste your time...

War for Talent? Or the Emperors new clothes?. At risk of offending most people involved in the talent arena, I have to say that the so called war for talent is a totally pointless war because most organisations are fighting over a resource which actually isn't scarce at all.


Lets go back for a minute and look at the origins of this so called war – and where the phrase was first coined – The McKinsey Article. The authors of this paper in…

Catching up on Twitter yesterday, a tweet by Matt Alder caught my eye. Called 'Resumes are Old School, Use SlideShare & Twitter to Get Hired' Matt was referring to the story of Laura Gainor, PR and Media Strategist at Comet Branding who used Twitter and Slideshare to secure her current role.… Continue

Time to re invent the wheel?

Blimey, recruitment can be a tough business can't it! The last year or so has been a real challenge and having seen the use of recruitment agencies decline over the last 10 years (proportionately) - despite the overall growth in the market up to 2008 - its been on our minds that their must be a better way.

Given our business model hasn't changed since I popped out of the womb 40+ years ago I'm convinced it is time for change. For sure, continuing to try and compete in our existing… Continue

Is the recruitment database dead...?


Before I got into recruitment I spent a period of time developing and implementing technology solutions for the recruitment industry. For years ‘the database’ has been a key competitive edge, the USP for many recruitment businesses, especially those that operate in a niche. They guarded it fiercely and bragged about it in equal measure.

How ironic then that…