SourceCon 2008 is quickly approaching (September 2nd or 330 hours from now). If you have the desire to learn and share leading edge practices with the best Talent Acquisition, Sourcing and Research professionals in the world today, then you have a few weeks left to register. 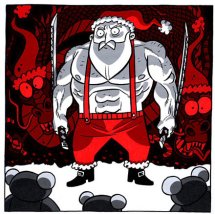 The 3rd and final Sourcing Challenge of the year is up. If you think you are good enough to solve or just looking for a free conference pass and hotel to SourceCon 2008, then read on.

SourceCon is excited to announce that there will be a date change for this year's SourceCon event to September 2nd - 4th, 2008 and we have secured a full world class conference agenda of Talent Acquisition Leadership and Sourcing Experts the industry has to offer for our new dates in… Continue

We have an exciting and impressive lineup of Speakers that will be covering some very relevant and interesting topics for Sourcers and Researchers at all levels of their career.

We are pleased to announce that event registration for SourceCon2008 is now open. Given the overwhelming positive feedback from the SourceCon2007 attendees, we are elevating the conference to an even higher level of… Continue

How I won the SourceCon Sourcing Challenge by Joshua Kahn

Purple Squirrels and Paranoia: the first SourceCon challenge of 2008 and how I won it.

What a trip, I won the SourceCon challenge. The reasons I did are a mix of luck, timing, help from friends, inspiration, well placed breaks, spying on what the other contestants were doing, some slight misdirection, and some skill. I think with the right mix of those components anyone of the other people participating could've won. The differences between us all were slight.

If you are interested in a clue that could help you skip a step in the first challenge, then here you go.

Harry was chatting with 5 people online 15 min ago who are luck enough to get an additional 24hour head start on the rest of the competition. They are only 1/3 the way there but have the night to get a little further ahead. If you can find out who the 5 are, then they might be kind enough to give you all the clues

I know many of you on Recruitingblogs last year were the most active participations in the SourceCon sourcing challenges (Particularly those OS2i Sourcers). I can not count the number of personal messages I have been receiving since SourceCon2007 in Atlanta last September asking when is the next batch of challenges coming out?

Since all you RecruitingBlog members are so special, I am here to let you know that the first challenge will go live on Monday the 10th of March at 12:00pm… Continue

I am pleased to announce that SourceCon has a new website and layout with some really cool features such RSS feeds for the new SourceCon newsletter called "The Source" and Sourcing challenges. Go check it out - www.thesourcingconference.com
We have also secured the location for SourceCon2008 again at the Grand Hyatt in Buckhead Atlanta with conference dates of the 17th-19th of August.

I just finished reading the conference attendee comments and 90% of you said you would definitely attend SourceCon2008 with many of you also saying you will be looking to bring along colleagues next year.

From the moment that our MC, Mr Jim Stroud, walked…

Thank you, SourceCon2007 and Beyond

As we are on the eve of a new era in recruiting with the first ever conference dedicated to Sourcing and Talent Acquisition, I wanted to say thank you to the organizers. First and foremost, thank you to Leslie O'Connor who combined her a vision and ideas of creating just such an event. Leslie took her passion for sourcing, relied heavily on the assistance of some great friends and colleagues,… Continue

We have a winner to Challenge 3#

I wanted to send a quick note to let everyone know that we have a winner to the 3rd Sourcing Challenge. Please stay tuned for more details shortly.

Congratulations to each and everyone of you that participated in all the challenges and the final challenge was the closest finish of the three.

We look forward to seeing you all at …

It is Friday afternoon and I am feeing good. So I am going to drop a few more clues that will keep you up into the small hours this weekend.

We have a winner to SourceCon Challenge #2

Congratulations to Suzy Tonini for successfully solving the 2nd Sourcing Challenge. We now have two Sourcing Guru's (Michael Notaro Challenge #1 winner) facing off for the title and bragging rights as the Grand Master Sourcing Champion at SourceCon2007 in Atlanta this September.…
Continue

SourceCon Challenge#2 - So you’re Stumped !! Great Sourcers that you are !!!

48 hours into Challenge #2 and the feedback is that it is just too hard. The feedback we received from Challenge#1 was “too easy”. This is not the story of the “Goldielocks and the 3 Sourcing Gurus” and you are hoping to find Challenge#3 too be 'just right'.

We have been intentionally elevating the complexity level of each challenge to ensure that we get only THE BEST OF THE BEST for the final showdown in Atlanta. I can give you a few hints to…