Do Resumes Tell the Whole Story?

(excerpt taken from John Leonard's site blog)  Does a candidate's resume do him or her justice?

Recruiters, how often do you come across a candidate with a flawless resume who lacks interview skills, or, an unpolished resume of a candidate who actually shines in person?

It’s like developing interest in a potential partner after reading their on-line profile, only to find out they’re not what you envisioned. Or maybe it’s like overlooking the “cafeteria style” lunch place down the street only to find out they have some of the best Turkish kebabs in Boston.

Similarly, there’s no doubting that a candidate’s resume often doesn’t tell his or her entire story...good or bad! 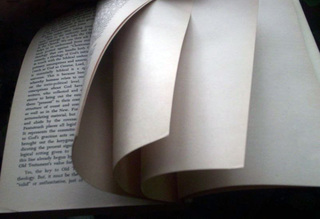 From someone who has been reviewing resumes for four years, John Singleton, Staffing Consultant - Direct Hire Division here at John Leonard, affirms that a resume often doesn’t match the candidate as presented at the interview. “Unfortunately on too many occasions, a really spot-on resume comes across my desk, but then the candidate struggles through the interview or phone screen stage,” John says.

So, if the resume doesn’t match the candidate’s presentation or personality, how much weight does the resume actually hold?

There are many conflicting points of view when it comes to determining how much weight the resume has in an individual’s job search. Studies show that some employers decide about candidates’ suitability after skimming their resume for less than a minute, which suggests that the resume has little weight. Others, like Jennifer DeLucia for example, insist that the resume is an initial conversation which helps get the candidate in front of a prospective employer. “Think about it—a resume is a sales tool that often gets a candidate’s foot in the door—but more often than not, the resume does not tell the whole story.”

What this means for a recruiters

The key to a candidate’s success in landing a new and exciting opportunity is to be able to communicate, both on paper and in person, the value that she or he brings to the position and to the company. Put differently, there is a “technical writing” piece and also a “social” piece involved in any job search — recruiters want to present candidates with both. John Leonard Staffing Consultants make it their goal to help each candidate develop and excel in both.  This level of commitment definitely contributes to our candidates’ success in achieving a call back, second interview, and a job offer.   Wisely stated by John Singleton, “While the resume is the first thing people see, it’s the person that will ultimately secure the opportunity. “

Comment by Jerry Albright on June 2, 2011 at 10:30am
For this reason - I include a play button on top of each resume.  The hiring manager simply clicks it and gets to hear the candidate describe their skills/qualifications immediately.

Comment by Ashley Ryall on June 2, 2011 at 12:00pm
Jerry, great idea to record the candidate's elevator pitch of skills and qualifications and market it as an audio file. I bet that really gives each candidate a leg up during the hiring process and is very impressive to employers. It's a great way to bring in some personality, or at least presentation. Thanks for sharing!