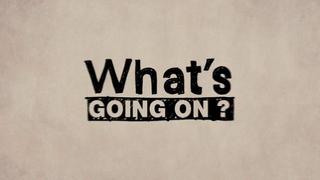 In 1957 Jerry Lee Lewis recorded "A Whole Lotta Shakin' Goin' On". It was an upbeat, feel- good song that topped the charts at #3 on the US pop charts. The lyrics were contagious and has had dozens of other artists release the single since Jerry Lee released it back in 1957. Elvis Presley, Little Richard, Chubby Checker, The Georgia Satelites, Elton John, Conway Twitty are just a few of the artists that help re-kindle the fire.

Now, Jerry Lee knew he had something the minute he pounded the ivory keys, but I don't know if he would have ever imagined the success it has had. He did know it was special.

Enter Rosetta Stone in 2013. I feel compelled to tell my story of how I ened up being the Sales and Marketing recruiter of the Virginia based company. You see, it is relevant to a lot of the topics I have been discussing about the "Hidden" Job Market.

How did I find a job posted in Virginia and end up as their recruiter out of Austin, Texas? How did I know it was the right job for me?

I used my sourcing skills I learned as a recruiter to find the job. It wasn't hidden, it just took some looking. It was, indeed posted. It was indeed, in black and white and spelled out. It just wasn't posted for Austin.

LinkedIn used to have a function called "signal". It was just taken away a few weeks ago. I used to use it all the time to find out who had shared my blogs. Why not use it for seeing who shared job updates also? I did a search for "sales and marketing recruiter", "Austin, Texas". Low and behold an Austin HR representative had shared a status update saying "looking for a sales and marketing recruiter in Austin, San Franciso, Seattle or Virginia". The job was, however, only posted for Virginia.

I sent a LinkedIn invitation to Rene Holland, whom I had never met and said I would be very interested in the job. She looked at my profile, it matched the job description closely, so she connected. I had to make the next move though. I had to get her e-mail and then I sent her my résumé.

The next part was out of my hands. A couple of weeks later I got a call and an e-mail saying they would like to have a 30 minute discussion. Really and truly at this point they were looking for someone in the DC area. A week passed and I received a follow up call saying they would like to have further conversations. The next thing you knew I was On a plane to DC and about a month later I am now the Sales and Marketing Recruiter for Rosetta Stone.

Why Rosetta? I can make a difference. What they need is what I have to offer. I know they are on the brink of something great. AND.. They were willing to make a commitment to me and I felt wanted. In a world in recruiting where no one makes commitments other than contracts, this felt great.

Most likely, you know the name Rosetta Stone. it is a company that teaches languages. How important in today's society?! What is happening at Rosetta that is so special? I can't tell you everything, but I can guarantee you that there will be "A Whole Lotta Rosetta Goin' On". Jerry Lee knew it, and I do too. Hot!!

Don't get discouraged about a "hidden" job market. Put a little effort into it though! I am a very proud new employee!

Awesome, Will! Congrats! You're right....people should not get discouraged about the "hidden job market". It's kinda like us as recruiters/sourcers trying to find that purple squirrel. You just gotta dig and be smart about it how you're going about your job search. BTW, sorry I stalked your LinkedIn. Haha. Congrats again, my friend.

Billy, this has the makings of a good article in it. Get rid of Jerry Lee and tell us why you were looking, what you wanted, what they liked about you and why they settled for a guy in Texas. Right now it's just a teaser sandwiched by inessential chat.

Thank you all.  I appreciate you reading.

For some dumb reason i clicked on Albright's video.  i should have known better, knowing his penchant for screaming rock music.  I have three large dogs whose mission in life is to help me work by lying on my office floor in the evenings.  2 seconds into that screaming mess all three of them jumped up and started howling.  One just took off upstairs to hide in her bed as she does when it thunders.  Dogs trained in classical music should not have their worlds shattered by a whole lotta Rosie.

Thanks Sandra.  Yea, AC/DC isn't for the classical music kind. :)

@Animal- C'mon my man- The blog was meant to be a teaser. I can't tell you everything day 1.  I did want to point out though that there wasn't some mystical job market here when I got hired.  To Michael's point, a candidate has to do some digging, but the job WAS posted.