What A Stoic Philosopher (A 'Real One'!) Taught Me About Recruiting

If you've sat through a Philosophy course or are just interested in the differing schools of thought, let me toss out a few tidbits and how they shape our view of recruiting: 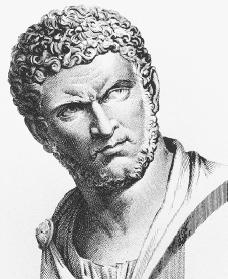 That's Marcus Aurelius above. If you don't have his post-humous compilation, "Meditations", I'd recommend it in small doses. [Note: Sorry that his social media pic wouldn't have been the touchy-feely pic demanded nowadays. This was from a time when leaders were leaders first and politicians/fashion models second.]

*** Stoics (potentially Zeno, although not confirmed) told a story of a small dog attached to a small cart. Someone pushes the cart down a hill -- What does the dog do? The Stoics said the dog’s best bet was to cooperate with the cart. If he insists, the dog can resist, but all that will happen in the end is that the dog will wind up in the bushes. ***

Translation: I think we all battle to know when we're the dog and when we're the cart with each candidate. Perhaps being able to tell the difference in each case separates the good from the great.?. I know I've been in the bushes a few times - maybe that's how we best learn :)

Little Tidbit of Useleness (Come on, you know I have to toss these out there sometimes!): The Barbarians were much more technologically advanced than many think, and they most likely spoke Latin as well. However, the big difference between the Barbarians and the Romans was discipline and training, careful organization, and strong leaders.

Translation: Does your firm more represent a team of Barbarians or a Roman Legion? Because of recruiter's differing personality types, perhaps the biggest challenge of an owner is creating a Roman Soldier out of a Barbarian at heart :)

*** Virtue is consistency in life. It builds a person’s life into a constant whole – people look to the person of constancy for leadership (reduction of uncertainty), which is in decided contrast to the changing ways of the crowd. ***

1. The most important thing in life is not whether you attain a particular result, but the kind of person you become in striving for it. (Every decision you make shapes you).

2. Your life and what you do (or do not do) with it are the direct and inevitable consequence of the kind of person you become. If you do not like the results you are getting, you need either to become a different person or learn to settle for what you are getting. (The Stoics would add that a wise person would do some of both).

3. Stuff happens. Stuff does not happen by accident – not even when it takes you by surprise. – It always comes at the end of some definite chain of cause and effect, some of the links in which are very likely your own past thinking and behavior. “And this particular batch of stuff will become a part of a chain leading to more stuff.”

4. The only thing over which you have direct control is your own opinions. (Marcus Aurelius: “I, unless I think the accident is evil, am not injured. And it is in my power not to think so.” . . . . Maxwell: “People don’t have control over every thing that happens to them, but people control their reaction and thinking”.) [Your philosophy (belief) about the working of your mind/the source of knowledge is your epistemology.] The Stoics said that your senses are the servants of your mind; it shapes what they tell you according to its own creative capacity and may even add to them.

5. Your fate is your opportunity. (or “your reality” or “your fortune”). The Stoics said that the Deity treats a good man as a Roman father treats his children. He gives them stern training that they may grow in virtue. Those that he loves, he ‘hardens’. “Fortune (or fate) is going to send you a lot of things you do not like. The Stoics said the true character of a person was how we dealt with things about which he had no choice.” Plutarch’s story on Alexander, solider, and the mule: “Alexander gives a treasure to a soldier and mule – soldier puts treasure on mule, but mule starts collapsing, so soldier takes treasure on his back and carries it into camp. When Alexander sees this, he tells soldier that the treasure is now his to keep, since he is fulfilling his duty (in terms of fate).

6. The first (most important) of your duties is your duty to other people.

7. Success is the first step to disaster. (“Power corrupts”). “Power and success both lead to a dangerous over-confidence, which leads the actor to overstep the bounds of law, setting off a chain of cause & effect that leads to ruin. The Greek term of the over-confidence that led to disaster was Hubris