I really love the crew at rbc.

I used to love hanging out at the site.

Then chat failed, then the format changed, then chat changed again, then the talent talks got canceled, and now I can't find my way around. 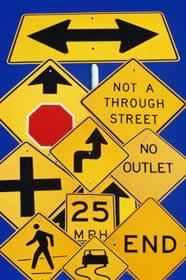 Please remember that too much change is not always a good thing. Some of us need a little stability. And I need SEARCH BOX ON THE MAIN PAGE!

There is so much good information here, but I fear that too much change has made more people tune out than you intended. I hope I am wrong.

Comment by Joshua Letourneau on June 2, 2009 at 4:46pm
IMHO, I haven't been around RBC in a while for a few reasons. That's not to say I don't like the place; I just haven't been here in a while after a particular comment thread had comments closed. As long as nobody is being harmed, I'm in favor of open and honest discussion. Progress isn't always made through snuggie parties, so as long as we can discuss and debate healthily, I'm in favor. I understood the shutting down of conversations, though - when there are advertising dollars coming into play, you can't always have a "Wild West" model. You need some rules - there was even a long post and conversation about the role of "rules" in a community.

Anyway, when I did come back a few weeks later, I thought I had come to Recruiter Earth. I would love to see RBC go back to being RBC. If I wanted to go to Recruiter Earth, I would go there. And if I wanted to go to ERE, I would go there. Our market doesn't need another "me too" network. I know this is an odd thing to say, but from the outside looking in, it's almost as if RBC started copycatting Recruiter Earth . . . while ERE started copycatting RBC. The market has moved toward commoditization - in fact, it's many of the same voices on all the networks . . . mine included as I try to keep an eye on what's new, exciting, interesting, strange, etc.

But what was broken? Each network had its own place; its own stake in the ground. It was easy to know what each network stood for. Somewhere along the line, it was forgotten that the key is differentiation. Web 2.0 hasn't shuffled marketing basics so much that differentiation is no longer king. Just ask Michael Porter.

RBC initially wasn't a place for education or engaging content written by "Influencers", "Thought Leaders", etc. When it started, it was a place for community and dialogue. It wasn't an online magazine; it was a true community. It was a place to exchange new ideas and discuss old ones - it's beauty is that WE (the community members) could steer where discussion went. We could also make some new friends as well, which was really cool to say the least.

I remember John Sumser commenting quite early in RBC's evolution that part of the beauty of RBC was that it was a speedboat that could change direction easily (yes, I'm paraphrasing as it's useless and petty to quote specifics). Well, again in IMHO, the speedboat isn't a speedboat anymore . . . however, if I'm reading everyone's concerns correctly, the desire is for RBC to go back to its roots. Although RBC isn't the speedboat it was, that doesn't mean the key players can't grab the sails and change direction.

There was a place and niche for RBC, and there still is. It just happens to be temporarily vacated.

Comment by pam claughton on June 2, 2009 at 4:51pm
Once again, I agree with Jerry! I am not a fan of the new landing page either, the pretty graphics, in all honesty are too much fluff (just my opinion) and I much prefer to go right to the main page where everything is. Bottom line is the site is not as user-friendly as it used to be, with too many clicks to get to where you want to go. Most of all, I miss the running chat right in the middle. Though we still have access to chat, it's largely ignored as it's buried in a bottom corner link and everytime I've checked it out, no one is there.

Comment by Shannon Myers on June 2, 2009 at 5:33pm
I normally would not comment since I think RBC is a great community that I have gained so much from but it used to be one of the handful of sites I logged onto each morning and I do find I am logging on less and less. I still go to the community tab first and I’m not sure how to change things or if it needs to be changed at all. For all I know you might be attracting more members based on the new lay out and us few commenting here are the minority.

Just as feeeback….The newer things I’m not getting are the Bonus Track, Recruiting Tools and Home Page Featured Posts. JD, I remember the week before you started the Bonus Track how excited you were for it to begin but I don’t think it has had the effect you originally envisioned. While Rayanne’s posts are good and there is no way I could commit to the time she puts into it, besides the major effort she has to take the time to post these daily what is the difference between her posts and other blog or forum posts? Also echoing Jerry what’s the difference between some posts featured, some not, some able to comment, some only on the back end? From what I understand RecruitingTools.com is an affiliate site where advertisers pay to add their tool to the list. Good idea but unfortunately it has not caught on yet so there is this big logo for it central to the page and you click on it and there are no tools listed.

I liked and miss the chat function. I liked the TTC chats when the guest was able to keep up with the discussion and you were able to tune out side banter. They got so large that people were having side jokes in between waiting for the guest to catch up to the discussion. I found myself logging on for a few minutes and if the guest couldn’t keep up or they went off track I just signed off as they were taking place mid-afternoon for me, prime call time.

Craig and Susan have done a great job in stepping up with #talentnet and maybe until the chat function is working well we could encourage those types of discussions with a central place on RBC to post Twitter discussion chats. Under events maybe?

Just my two cents because I’d love to see RBC continue to thrive!

Comment by Ben Gotkin on June 3, 2009 at 3:57pm
#1 rule of building websites, minimize the clicks. The old-version of RBC had most everything you needed just a click or two away. The new front page adds a click, plus it makes it less intuitive to people what RBC is all about. 16K+ people signed up based upon the old format, couldn't of been that bad to start with.

I also miss the chat and TTC. It was the #1 thing that drove me here for a while and I really enjoyed the conversations. I've been super-busy lately, haven't had much opportunity to spend much time here recently. I have to say though honestly that I preferred RBC the way it used to be.

I think the message that's coming through though is that sometimes change isn't good. Not if it's leading to less traffic and less interaction, and overall less utilization of the site. The main page frankly is annoying. As Ben said, the goal of a good user interface is to minimize clicks. Navigation should be clean and simple. I guess maybe I'm missing the reason why the extra page needs to be there.

Comment by Ben Gotkin on June 4, 2009 at 8:42am
An additional thought on this, what is more important to RBC, community or content? Up until the recent changes, you would of looked at RBC and would of said community, but content was clearly a priority too. If you look a the site today with the current main page, it appears that content takes precedence with community almost an afterthought.

I think that RBC can have both, meaning a focus on community and content, but I also think that you had that before the new main page, IMHO.