10 Most Demanded Jobs in Canada and Their Hiring Difficulty 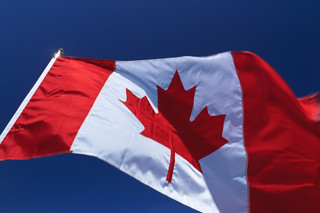 Now that we're into the 2nd half of 2014, we thought we'd review which jobs were most in-demand in Canada during the past 30 days. In the chart below, we listed these jobs, as well as the candidate supply, demand, Demand Pressure, and Hiring Scale scores for each job, based on data from WANTED Analytics. Cook was the most advertised position in Canada, with about 24,740 ads posted online during the past 30 days. Demand Pressure for Cooks calculated to about 8 candidates per ad. With a low number of candidates per job ad, as well as other factors, Cooks are likely to be moderately difficult-to-recruit, scoring a 69 on the Hiring Scale (out of a possible 99.) Of the most in-demand jobs, Sales Representatives - Wholesale Trade are likely to be the most challenging to fill, scoring an 81 on the Hiring Scale. There are about 6 professionals in the labour market for each one of these job listings. Supervisors, Motor Transport and Other Ground Transit Operators had the lowest number of candidates per job ad with a Demand Pressure of 2. All but two of the jobs listed above scored a 62 or higher on our Hiring Scale, meaning that most of these jobs are likely to be hard-to-fill. Retail Salespersons and Sales Clerks, as well as Food Counter Attendants, Kitchen Helpers scored the lowest meaning they are likely to be less difficult-to-fill. Also, they had higher Demand Pressure, which indicates there are more candidates in the labour force and employers will see less competition to attract talent.

If you would like to know where the best places to recruit candidates for these jobs are, let me know in the comments.