4 Recruiting Trends You Need to Know About 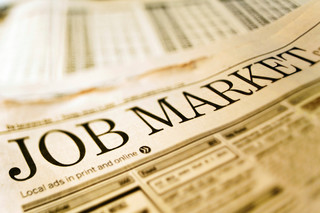 As 2016 ends, experts are trying to predict which recruiting trends from this year will carry into 2017, but there is still some debate. Regardless of which candidate you voted for— and we’re not picking sides here —no one can deny that, with the election of Trump, the dynamics of American practices are anticipated to change. This does pose some issues with the prediction of 2017 recruitment and hiring trends, however, most experts agree that you can expect these hiring trends follow us into 2017:

This was a trend we saw increase this year. Most businesses had refrained from handing out raises and, if they did, they were reportedly rather low as one study from Business2Community pointed out.

The thought behind this move was to improve the employees’ over-all satisfaction with their life, with less focus solely on their job satisfaction. This particular trend has an interesting effect on the business’ bottom line as well; with a few short-term, high-yield investments in their company, they retained more money than they would have had they simply offered raises. The data is still out on whether or not this move effected their turnover rate as well.

Rehiring was also a popular trend throughout 2016, with most of the workforce admitting in one survey that they would go back to a former employer, or already had gone back. Many businesses viewed this as an opportunity to reduce their risk/reward ratio when hiring new employees.

The lower risk is associated with the former employees’ knowledge of the company culture, policies, procedures, and general work while on the job. This not only greatly reduces onboarding time for a business, but also the turnover rate associated with low job satisfaction.

It’s unclear how this may change after Trump takes office. Most of the country (and many experts) are still divided on the matter. On one hand, there is promise to increase job availability, which may lead to less rehiring. On the other, many Americans are concerned with speculation of another recession in an unstable market and may decide to play it safe and head back to, or stay with, a former employer for job security reasons. The jury is still out on which way the average American will be swayed.

One speculation about the effects of Trump’s presidency is that traditional media will come to a complete crash. This speculation surfaced shortly after a statement he made about how you should be reading your news online instead of from the press. Traditional media, however, has been declining for years and I don’t think many of us would be surprised to see it come to an end entirely.

However, the speculated media crash, combined with employers reportedly turning to social media to further screen candidates, would give further credence to the speculated rise of e-hiring.

E-hiring was a trend we saw a good deal of in 2016. This isn’t surprising considering that it’s much less time-consuming to review applicants, hand select them, and receive more qualified candidates from a single posting. This may (or may not) directly correspond the surge of virtual work that companies are now distributing, either through actual employees, independent contractors or freelancers. On the topic of freelancers in 2016 and 2017…

The freelancing community grew by 2 million in the last two years. An estimated 35% of the workforce is now made up entirely of freelance workers. With a pool of talent that large, it’s not surprising that many companies are now looking to outsource some— or all— of their work to freelancers.

This trend seems to continually be on the rise as freelancer’s job satisfaction increases, and traditional workers’ satisfaction decreases. This is also appealing to many employers as they 1.) don’t have to pay freelancer’s taxes, 2.) can swap a candidate on the spot if it’s not working, and 3.) have a more diverse talent pool online than they would in the local area.

What’s more interesting, is that by doing this, you may even end up with a higher ROI in the end, as 85% of freelancers feel engaged in their work, versus 65% of the traditional workforce. There’s probably little need to say it, but engaged workers are critical for your business’ bottom line.

Do you have thoughts about hiring trends that you want to share? Leave a comment and let me know!