IN DEFENCE OF SALESMEN

Are recruiters salesmen? There are two schools of thought here. One says yes but there's a whole bunch of other guys who go around bragging that they're not into sales. I came across one of them last week on Fistful of Talent.com. His name is Jason Pankow and I want to take a look at how this little punk, a corporate recruiter, builds his case against sales.

First he sets up a straw man. Right off the bat he tells you that a salesman is a hustler, someone who doesn't give a hoot about anybody but himself. All he thinks about is how he can trick you into buying a lousy product for a lot of money.

And just in case we don't get the message -- because it's so original -- right beside his posting he put a picture of a greasy guy in a loud suit standing in a used car lot.

But you know I think that must be a picture of Jason himself because, really, what difference is there between a classic used car salesman and a guy who tries to sell you the kind of shoddy argument Jason Pankow is shopping around. The answer is: not very much.

Before we go any further I'm going to tell you what a salesman really is. Because it's not at all like Mr Pankow says. A salesman is a gutsy guy who isn't afraid to go up to complete strangers and ask them to do what he wants.

And when they say no he doesn't slink away like a wounded animal. He doesn't run and hide under a rock. No, he tries to show them where they're making a mistake.

Now a person like this has a lot more courage than the average guy. In the war for business, he's not peeling potatoes somewhere behind the lines. No, he's right up there at the front in hand to hand combat bringing in the orders that make the company run.

So everyone is jealous because beside him they look like nobodys. So what do they do? Instead of simply admitting that they are chickens and he's a hero they complain that sales people are pushy and salesmen are liars and then they pat themselves on the back for being such nice guys.

Did you see Beverly Hills Cop? The hero, Eddie Murphy, he's a salesman. The other guys, they're Jason Pankows. But here's something funny. When you first read Jason's postings you might think that he's as far from being a salesman as anybody could be.

I mean, he's got an article that tells recruiters they have to eat, sleep and breathe the corporate culture. And after you see that you say to yourself: a salesman is an individual, a hunter, a real American -- and this guy doesn't have an independent bone in his body.

But don't kid yourself. Panky is a salesman too. He might have merged his identity with Big Brother's but what do cult members normally do? They try to convert people. And this guy is watching like a hawk for any opportunity to show the candidate that he's just like him.

"You played frisbee at college? Me too. You like softball? We've got a league." Just like any salesman Jason is trying to reel the guy in. It might be soft sales -- for cream puffs -- but sales it is no matter how much he denies it.

And again, how different is it, really from what the used car salesman does. My friend, The Funny Banker, he says that all sales is lying. That sounds outrageous, I know, but in a way, it's true. If you put your best foot forward you're hiding your worst foot, aren't you? And, I'll bet you dollars for donuts that anyone who sees himself as a missionary for of the corporate culture isn't focusing on the downside of the job.

Comment by Ron Mason on July 24, 2008 at 10:52am
Great point! Having a foundational selling process allows sales professionals to overlay their foundation with their personality which will create relationships authentically and profitably.

Comment by Recruiting Animal on July 24, 2008 at 2:17pm
Rayanne, That's a great personal story. You should expand it into a blog posting (if you want to expand it into a little recorded speech you should talk to to me). 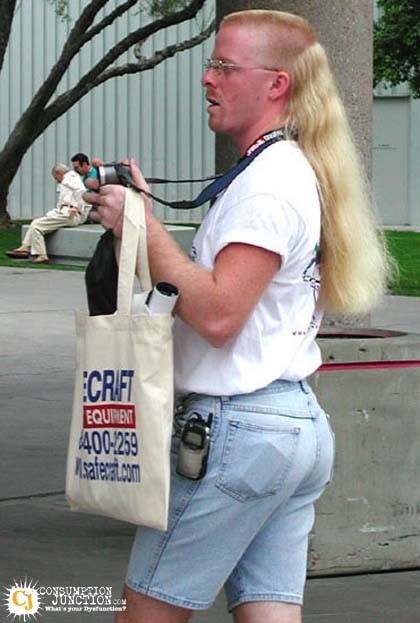