What all started with my first tweet - has continued to evolve into something so much more than answering that simple question - “what are you doing”?

After talking with a good friend earlier this year (@seerysm) about twitter, I decided to give it a try. So I started with a few followers, continued tweeting, networking, and talking with many great people. I even posted a few stories on my blog about twitter, including:

* 6 Benefits of Using Twitter as a News, Networking, and Marketing Tool
* Twitter vs. Plurk: What the Tweeps are Saying
* Social Media and Networking: Ten Twitter Tools

Until… Last night, when I had the opportunity to meet with many thought leaders in the recruiting industry (Don Ramer, CEO & Founder of Arbita; RecruitingBlogs.com founder Jason Davis; and LinkedIn Guru and Six Degrees from Dave’s own Dave Mendoza, and The Recruiting Roadshow’s John Sumser to name a few).

Even more special than that are the stronger relationships, and new friends with those that I have interacted with online for months. A big shout out to @marenhogan, @MNHeadhunter, and @txaggie94). 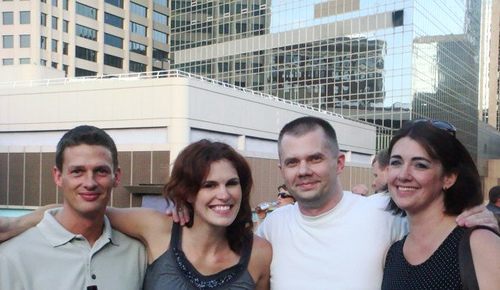 A special thanks for the opportunity goes to Paul DeBettignies, Co-Founder and Coordinator of Minnesota Recruiters.

Twitter and many other social media tools have tremendous benefits. Like most things, you’ll get out of it what you put into it.