Wikipedia is many things to many people. For the intellectual elite, it is the diet version of actual information, for students it is the first port of call when researching a subject with which they are unfamiliar. For journalists and the casually interested it is an invaluable source of facts and figures that gives a broad, if sometimes inaccurate, overview of a popular topic de jour. 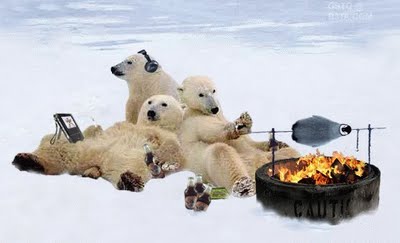 In the business world, Sustainability has been at the forefront of thinking for some time. Business leaders have been attempting to come to terms with the continuing pressure from environmental groups and consumers to cut down on the profligate waste that characterizes our 21stCentury World. And according to Wikipedia, Sustainability is “the capacity to endure”.

Rich Goode is a man who knows how to endure. Having spent ten years as “just a product manager” for Alcatel-Lucent, his chances of being able to rinse his hands in the executive washroom seemed to be as likely as Glenn Beck sending Jon Stewart a Christmas card.

However within the space of a whirlwind eighteen months, this “Boston-born, Irish Catholic son of a cop” was presenting his ideas and innovations to C-Level executives of the company as part of his job as Senior Director for Sustainability. Commanding a small team of 6 (out of a total workforce of 75,000), his job on a daily basis is to convince the company that sustainability is more than just a buzzword. In the grand scheme of the eco-warrior, it is the corporations that are to blame for the current state of the planet, but Rich’s job is far more than merely fulfilling a green agenda. 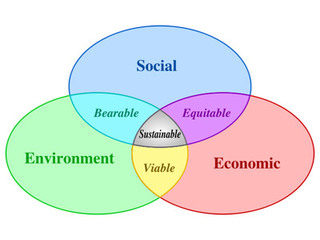 When we met in an independent coffee shop in Cambridge, Rich was keen to explain how his life had changed. On the wrong side of thirty, he had become concerned with the lack of direction his career was taking. Already holding an MA in Statistics, he had an interest in sustainability but was unsure of how to gain the credentials that a company the size of Alcatel would require to start listening. Knowing that he didn’t want to go down the route of gaining a Green MBA – a qualification that would cover the entire environmentally friendly spectrum – he instead enrolled in an MBA program run by Presidio University in San Francisco that concentrated purely on Sustainable Management.

The demands of his current job ensured that he couldn’t just drop everything and become a full time student but Alcatel were supportive of Rich’s desires to affect an internal career change. The company contributes towards educational advancement for staff up to a maximum of $7,000, which means that “in corporate America you get permission to do something else without leaving your current job, (they say) that sounds good…can you do it in your spare time?” 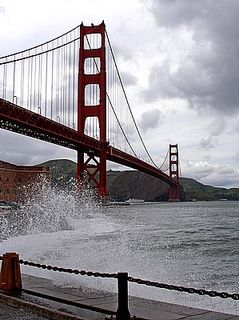 Spare time meant flying to San Francisco for one weekend a month for six months and fronting the balance of the $20,000 course fee. For Rich, the chance for not only a change in career direction, but personal satisfaction was worth the sacrifice.

“Someone once said to me that there are three ways you get into sustainability. First, there is a lifelong calling – the Greenies. Secondly, there are the opportunists who see it as a good career direction. Thirdly, there is the Road to Damascus moment, an epiphany and I fall into the last category.”

Rich’s moment of illumination came in the middle of a conference call with some sales people. There was a discussion about a small piece of equipment and one of the other virtual attendees was in the midst of a tirade about the problems that they were having with this seemingly innocuous item. Rich listened for a while and then hung up the phone, frustrated at the time being spent on minor business practices.

He hired a career coach and took the best part of a year to consider his options, engaging in what he called “a deliberate and reflective process, which allowed me to figure out that I’m really good at business.” But he didn’t have the right credentials to implement Sustainable Management programs, hence the enrolment at Presidio, a University that ranks in the top five for degrees in Sustainable education. 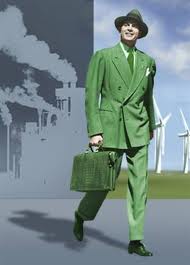 For Rich, the next six months were ““a life-changing experience, all of my sustainability books on my shelf were written by faculty members, they literally wrote the book on it.” Having been given the opportunity by Alcatel to gain the experience needed, Goode based his University capstone project on how to start a sustainability group at a Fortune 500 Company.

For many Sustainability is now one of the key elements to improving corporate social responsibility and despite the many nay-Sayers and those who deny climate change even exists, there was a reluctant acceptance at Alcatel-Lucent that something had to be done to improve certain unsustainable business practices.

However when Rich first tried to put together a” dream team of sustainability”, he found that his efforts were not viewed with as much gravitas as he hoped. A meeting with various European representatives of the Company brought the following response from a British middle-manager; “sustainability is just common sense, if you’re here to tell us about low-hanging fruit it’s already been picked, we’re not dummies…everything has been done.”

To which Rich countered with “The problem is… low hanging fruit grows back”.

Fortunately, when he took his ideas higher up the corporate food chain, he found a far more receptive audience. After making contact with the CEO of the Company, he was able to put issues of sustainability into terms that matter, namely how a continued cavalier attitude can affect the bottom line. Goode thinks that “the science is not important if all that you believe or all you want to do is maximize profit, you’ll act exactly the same way if you’re scared to death of climate change.”

Warming to his theme, he simplifies it further, “It’s about money, the ability to translate climate change issues into monetary ones. In other words, follow the carbon, you’ll find the money.” 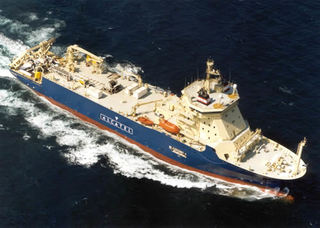 Simplicity is the key to successful sustainability. Goode has introduced initiatives that include changes to facilities such as shutting down buildings that were being underused and ensuring that lights are switched off to taking a global perspective on how goods and services are transported around the world. Ensuring that Alcatel’s marine fleet came back to port slower or by reducing unnecessary business travel all contributed to a whopping savings of 50 million Euros off the company's bottom line and, more importantly, reduced the amount of CO2 being produced by 200,000 tons.

For Rich, the move to sustainable business practices and ultimately taking the message of sustainability to Joe Public is a no-brainer. “There are 3 steps to consider; Mitigation, Adaptation and Suffering,” he says, “ we’re at the point of adaptation, we’re going to have to change the way we live.”

But in a country that has been living for the moment since the end of the sixties, the concept of “development that meets the needs of the present without compromising the ability of future generations to meet their own needs” (Brundtland Commission) may prove to be challenging. Talk about the issues of climate change and eyes glaze over, with the standpoint that changing to compact fluorescents is enough to show green credentials.

Goode concurs, “in general we won’t change the way we live until people start seeing all of the climate change events that are going on as a direct result of the anthromorpic result of carbon in the atmosphere. Hundred year records are just that, you should only have one in a lifetime…we’ve had four in eighteen months and that’s not normal.” Conceding that environmental issues may not be high on everyone’s agenda, he considers that, “it’s not just global warming any more but the climate is getting a lot weirder.” 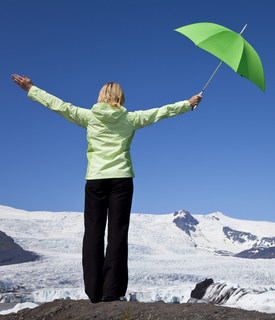 Rich’s decision to make a career change has allowed him access to other concerned individuals whilst giving him the ear of decision-makers within a global corporation. He hopes that in the future, the “nice little wins” will ensure that sustainability will be taken even more seriously, but for the moment he knows that we are still dealing with a culture that is struggling to fully comprehend how our actions will impact the future.

“I have changed completely,” he says, “but this has been the most fun working ever in my life and I hope to keep doing this.”

For a man who has made sustainability a personal mission, the future looks bright. If only we can convince the naysayers that the threat of climate change is a reality, not just the buzzword of the day.

Maybe when their Made-In-China umbrellas can’t protect against the torrential rain in June and the polar bear at the end of their garden keeps ruining their winter barbeques in record temperatures for December, will they realize that perhaps a sustainable lifestyle may have been the sensible option.

Only time will tell.