Amazon Has the Most In-Demand Cloud Computing Service - Can it Keep the Lead? 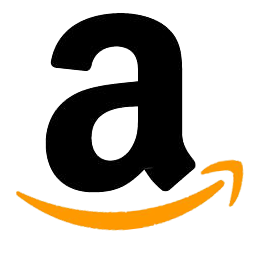 After experiencing rising stock prices for the past 5 years, Amazon shares decreased 21% in 2014, according to Yahoo! Finance. This was partly due to lower than expected revenue growth. While competing for sales in online video, e-commerce, and electronics, another part of Amazon's business continues to do well. Amazon's cloud computing business brought in estimated revenues of $3 billion last year and captured top market share. Can Amazon's cloud computing market lead continue? Google and Microsoft reportedly have been lowering prices to remain competitive and acquire more customers in the cloud computing space. To gain some insight we looked at hiring for these cloud computing services.

OpenStack has really been gaining ground in job ads, now referred to in 23% of cloud computing job listings. Demand for this skill has grown 133% year-over-year, when comparing April 2013 to 2014. The number of ads requiring Amazon Web Services is also growing, but at a slightly slower rate, up 33% YOY. Microsoft's Azure demand grew 27% in the past year. Not as many employers have been looking for candidates with vCloud skills, but this skill set has seen an increase in hiring in the past year. Demand for Google Cloud or Google Compute Engine has remained flat. Each of these cloud computing services are likely to be difficult-to-recruit, scoring in the 80's on our Hiring Scale. Our Hiring Scale score ranges from 1 - 99, with 99 indicating hardest-to-fill. Amazon Web Services and vCloud score the highest at an 87, while OpenStack scores the lowest with an 81. Despite having a lower score, talent with OpenStack skills are still likely to be hard to find.

Will you be adding candidates with cloud computing skills to your workforce? Which particular service abilities will you be recruiting? Are you finding this skill set hard-to-fill? Let us know in the comments!