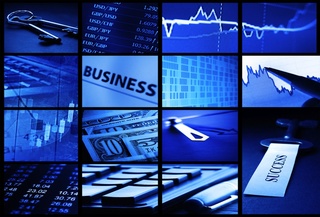 According to a recently published collaborative report by CII-KPMG, India’s banking and finance sector is gaining ground rapidly and is poised to become the fifth largest in the world by the year 2020. It the growth continues along the present trends, the industry would easily be the third largest by 2025.  This is certainly good for incumbents who are looking to be a part of this industry, which is currently valued at Rs. 81 Trillion.
With the banking and insurance sector becoming more technology savvy, communicating with the masses and making tailor made products for investors and the general public, there would be a growing need for more employees across all sectors. Today, the Indian banking sector consists of 26 public sector banks, 20 private banks and 43 banks backed by foreign investors. In addition to this, there are 61 regional rural banks as well. India is also home to a whopping 90,000 credit cooperatives, spread across the country.
What Factors are Promoting the Growth of the Banking and Finance Industry?
An amendment to Banking Laws Bill was passed in 2012, and this amendment now allows the Reserve Bank of India (RBI) to have a final say in issuing licenses to new banks. The Indian Government is also taking a very keen interest in the banking sector, pushing forward reforms to streamline the entire industry and create a shift in the style of operation. The adoption of IT is also building a close synergy between the two sectors, creating unique opportunities for IT professionals with a financial background, or vice versa.
Growth of the Insurance Sector
The life insurance industry in India is giving momentum to the entire BSFI industry. Today, in India, this sector is poised to grow at a CAGR of 14.1 per cent. While in 2011, the industry was valued at US$ 66.5 billion, it is set to reach US$ 111.9 billion in 2015 (data released by BRICS). The 2014-15 budget has already increased tax exemption of life insurance products, fueling increased interest in the industry. Health insurance is the second largest segment in the country and players from both private and public sectors are actively involved in it. Since 2010, the Indian health insurance industry has experienced a very major growth at a CAGR of 37.2%.
Recruitment Trends in BSFI Industry
With such a substantial growth in the industry, new jobs are being created every day. Judging by the growth rate of the industry, the industry will be creating 8.4 million jobs each year on a global scale, and the trend will only go upwards. In the next 5-10 years, the Indian BSFI industry, should have created 20 lack new jobs. Issuances of new licenses to banks and improved FDI regulations will spur a growth in opening up of new banks, which will be beneficial for those vying to get education in finance.

According to Randstad India, the banking sector will be among the top job creators in India in both 2014 and 2015. Apart from the permanent roles, there will be a lot of opportunity for contractual employment as well. The highest increase of job opportunities will be in the positions of direct selling agents, mutual fund advisors, insurance agents and relationship and wealth managers.