Best Places to Recruit the Most In-Demand Engineers 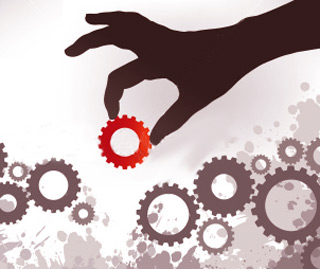 Engineering jobs continue to be in-demand and hard-to-fill. According to WANTED Analytics, there were more than 228,100 engineering job ads posted online in February 2014, which was up slightly from the same time last year.

On average engineering jobs score a 61 on our Hiring Scale, meaning that they are likely to be somewhat difficult-to-recruit. Our Hiring Scale factors in local and national recruiting conditions and scores jobs from 1 to 99, with 99 indicating hardest-to-fill. Scores will vary depending on the location and the specific engineering occupation.

If you're planning on adding Engineers to your workforce or filling open positions, it would help to know where to look for candidates. We analyzed the most in-demand engineering jobs and the best places to recruit each one.

In the chart below, Hiring Scale scores are listed next to each engineering occupation as the national average, as well as for each metro area that scored the lowest.

Best Places to Recruit the Most In-Demand Engineers

Industrial Engineers was the most commonly advertised engineering job, with more than 83,500 ads appearing online in February. The intense competition for talent makes this the most difficult-to-recruit engineering position of the ones listed, scoring an 82. Despite the national difficulty, there are some locations that offer favorable recruiting conditions. Employers can look to relocate talent from or advertise in Palm Bay (FL) and Saginaw (MI), the cities with the lowest Hiring Scale scores for Industrial Engineers. Palm Bay appears among the cities with the best recruiting conditions for Electrical Engineers and Electronics Engineers, too. Binghamton (NY) also appears in a few places above as one of the locations with the lowest Hiring Scale scores for Electrical, Mechanical, and Industrial Engineers.

To learn how to find Hiring Scale scores for your area, visit WANTED Analytics.