Big Data in HR: Are computers better at recruitment?

Accurate personality judgements are essential in social living and many other fields. When talking about personality, we 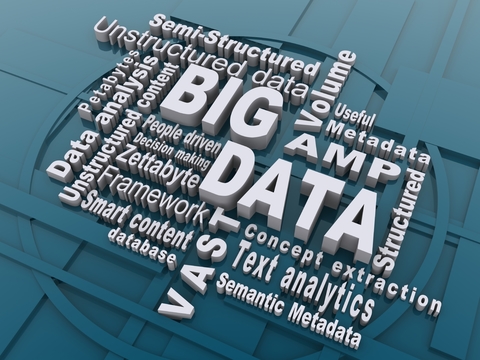 are referring to characteristics or traits that are quite stable and vary between individuals. In personnel selection, personality traits are important predictors for aptitude: sales representatives should be high on extroversion, while accountants should possess an acceptable level of conscientiousness.

A recent study found that computer judgments based on Facebook ‘likes’ were more accurate than personality judgments made by colleagues, friends and even spouses. What does this mean for the future of talent assessment and analytics?

What can someone’s ‘digital footprint’ tell us about them?

Individuals are reasonably good at judging the personality of others. This is also true for strangers, as well as for judgments based only on short video sequences. The usage of online profile data to generate predictions about traits or preferences of individuals is rather new. There are also some ‘special’ studies, for example, one that found that people who listen to (or at least like) Beethoven are more intelligent than those who listen to Beyoncé.This study applied some very questionable methods, but many more serious approaches are based on the same principle. You like something on Facebook; a computer tells you who you are.

A computer needs 250 ‘likes’ to judge better than your spouse

Three researchers from the University of Cambridge, UK, and Stanford University, USA, compared the accuracy of computer-based personality judgments to those made by humans. The computer won.

As sample, data of more than 10,000 volunteers from the myPersonality were used. In this project, Facebook users were offered an app to complete evaluated personality questionnaires and receive feedback on the results. In addition, some of these volunteers also rated co-workers, friends, family members, and other Facebook friends on personality scales. The correlation between those self-ratings and other ratings were compared with the regression model that estimates a personality profile based on the Facebook user’s ‘like’ behavior. The computer-based model needed only ten ‘likes’ to outperform the accuracy of co-workers’ ratings and 250 ‘likes’ to outperform the rating of spouses.

Does the same principle work for talent analytics?

As for any study, there are some limitations in regard to the one presented here. Nevertheless, the crucial question is, if the same principle works also for talent analytic approaches, do computer-based models make more accurate judgments than those made by recruiters and hiring managers? For Facebook, this approach is limited by the fact that some data needed for such models is not public, due to privacy settings. However, business networks such as LinkedIn have some comparable features.

Nevertheless, the predictive power of regression and other statistical approaches used for Big Data as well as “small” data sets is well established.

Matching procedures of job posts and candidate profiles are the most common one in this category. As the role of predictive approaches for talent analytics increases, it is important to recognize not only the benefits, but the boundaries as well. Boundaries include privacy concerns, the availability of data, and adverse impact from candidates, due to computer-driven selection decisions.