Statistics Canada reports that the Canadian economy lost 30,000 jobs during the month of July 2012. The unemployment rate rose to 7.3% compared to 7.2% in the month of June. 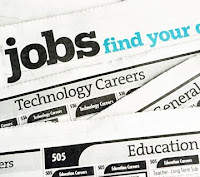 Slightly worse than the typical hiring patterns, there has been a small decrease in jobs during 3 out of 4 July's since 2008. Job seekers and recruiters can look forward to September and October which tend to be peak hiring months.

Significantly influenced by the American economy, the U.S. Bureau of  Labor Statistics reported last week that July’s nonfarm employment rose by 163,000. While the absolute number of new American jobs seems high compared to Canadian job creation, it is really a lack luster economic performance given the US total population is roughly 10 times that of Canada. Much to the chagrin of Democrats and President Obama, the US unemployment rate remained unchanged at 8.3 percent and unemployed in United States (12.8 million) has shown little improvement in 2012. Jobs and the economy are the number one election issue for the upcoming mid-term contest.

In the most recent Statistics Canada Employment & Unemployment report, Canadian average weekly earnings of non-farm payroll employees are $894.61, up 2.5% on a year-over-year basis.

While, average hours worked per week can contribute to increases in earnings. Non-farm payroll employees worked an average of 32.9 hours per week, unchanged from 12 months earlier.

So far this year, construction, education and retail workers have experienced the greatest wage gains while health care and social assistance workers experienced wage declines. This might be explained by hourly wage changes but also by offsetting increases and reductions in hours worked per week in these employment sectors.

Quebec Employment fell by 29,000 in July, all in part-time work which is not surprising given that every part-time summer worker appeared to be protesting and partying in the streets of Montreal.  Quebec's unemployment rate for the month was 7.6%.

British Columbia jobs fell by 15,000 in July, reflected by an unemployment rate up 0.4 percentage points to 7.0%.

Manitoba employment declined by 3,300 and the unemployment rate increased by 0.5 percentage points to 5.7%, unchanged from a year ago.

Newfoundland and Labrador was down 3,200 in July, with job levels similar to  July 2011.

Ontario unemployment rate rose 0.2 percentage points to 7.9%, as more people entered the workforce. Employment gains in Ontario were a meager 47,000 (+0.7%) on a year over year basis.

Alberta has the lowest unemployment rate (4.6%) despite flat employment growth in June and July.  Albert's employment increased by 2.2% since July 2011, the highest growth rate of all provinces.

Hint:  The best agency recruiters will catch the wave of hiring in September and October because they grind out key performance activities during the month of August.  Don't delay your candidate interviews, resume presentations, recruitment calls, sales calls, sendouts and planning  - just because its summer.