Team Performance Trends: What's New and What's Next in 2015 The Christmas trees have been dragged to the curb, the New Year confetti has been swept up, and people are getting down to business in 2015.

For many businesses, this means taking an honest look at teams, development, and recruitment. Having the right people in the right positions is more important than ever. Articles like this one from Entrepreneur magazine show how businesses are innovating ways to keep their teams healthy, streamlined and effective.

Our experience working with companies globally in 2014 tells us that 2015 will indeed be the “year of the people” in business. Hiring, retaining, and developing talent will take a front seat.

Many global companies were under tight hiring constraints in 2014, following a general trend of downsizing. But small-to-medium companies surged, tapping into a surplus of available talent. They hired key people to key positions, and were disciplined about recruiting people who will provide growth in 2015.

As companies fine-tuned their structures, there were redundancies—but as this happened, we saw movement toward better outplacement support. Companies tried to balance cost-effectiveness with meaningful outcomes for the outgoing team member. Here at Reddin Partners, we designed and tailored programs to meet this need, resulting in a higher percentage of new job placements for outgoing personnel.

Markets in 2014 were tough and demanding. This put extra pressure on key people in businesses all over the world, and coaching became more relevant than ever. Companies found that giving the right people access to trained coaches helped them stay on top of changing trends,responsibilities and increased levels of stress. To that end, companies engaged us to develop and prepare their most talented individuals.

4. The Mechanics of Recruitment were Studied

Training HR professionals and Line Managers was a big part of our work in 2014. As companies put even more emphasis on understanding what made some people successful and others less so, they wanted ways to understand exactly who they were recruiting and to predict exactly how successful they might be. This in turn led to new techniques of interviewing and assessment, things we helped them develop. There was sharper focus on building a talent pipeline for the future, and minimising “wrong” hires who tend to leave prematurely—either because they don’t quite fit, or aren’t equipped to succeed in a particular culture.

Among our clients in 2014 was a global player whose hiring practices were particularly tight. It had reached the point where they were almost attempting to “clone” existing personnel and constantly hiring from the same backgrounds.. The result? New ideas weren’t coming. Fewer people were challenging the status quo.

Returning to the values that made the company successful brought the need for diversity back into focus. Deconstructing rigid hiring practices enabled this organisation to change momentum, with renewed emphasis on being fresh, responsive and “front of foot.”

Last year, a senior executive could expect to spend 6-9 months finding the right opportunity, while a mid-level executive could spend 2-4 months. It was a tough year for job candidates.

However, the temptation to grab the first opportunity that came along was more often resisted. Instead, candidates invested in professional help around managing their careers and waiting for the right door to open. We worked with many executives in planning and actioning a “big picture” strategy for their individual careers based on their understanding that true career development requires thought, time and a preparedness to play the long game. 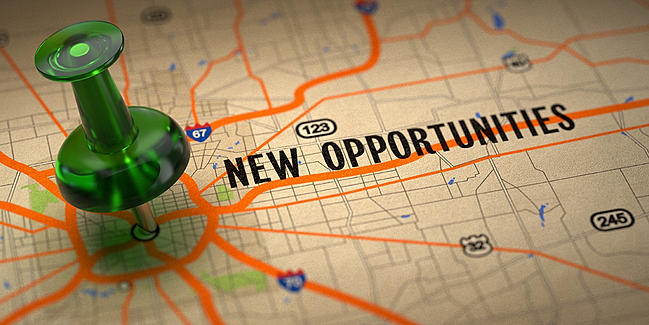 1. Targeting the Search, Nourishing the Roots

Yes, the markets remain difficult in many respects—but the prospects for recruitment are sky high. More companies will realise this in 2015. Those wishing to handle their own talent sourcing will seek trained recruitment professionals to join their teams. The ability to balance limited resources with targeted, innovative recruiting practices will be critical. We expect to provide a lot of support in this area.

But it won’t be just about sourcing talented people. It will be about wrapping development and retention strategies around them from the start. People will remain the biggest cost to businesses in 2015, and businesses will do more to protect their investment in top talent.

January is always an interesting time in the workplace. Some people will have returned refreshed after a very tough 2014, and looking to improve their situation. There may be a strong drive to change jobs, or jump into industries that appear to have strong growth prospects.

Other people—especially in tough markets—will put their heads down and attempt to fly under the radar, hoping to be unaffected by any change they are predicting. Even the best talent will do this in times of great uncertainty, which means that recruitment strategies will need to be even more creative. Reliance on an advertisement on a job board may well not be enough. This is yet another reason why targeted search efforts will grow.

In 2015, the need to conserve resources will translate to better performance evaluation and feedback mechanisms. Companies will strive to get more out of what they have, and will leverage technology to help them do it. They’ll work harder to retain top talent—individuals who, after all, aren’t afraid to take control of their own future when things get too tight or difficult at an organisational level.

Management is also due for a facelift. Managers will be under more stress in a tough market, and they’ll need to be looked after. Struggling or misplaced managers are a serious threat to an organisation’s success; a growing body of research suggests that talented people don’t leave their companies so much as they leave their managers. We expect organisations to invest more in developing managers in a wide range of technical and people skills, so that talent will be better retained overall.

In terms of global market forces, it’s certainly not all doom and gloom. The US economy appears to be on the rise, and the lower Australian Dollar should fuel export potential. Indeed, gas exports are already beginning to flow from Queensland, which could fuel growth in a number of areas.

We will, of course, continue to see industries rationalise. The ship building industry is being targeted right now, and with the closure of several dockyards, we will see jobs spilled right across the board—including jobs in related supply companies. We’re already seeing the beginnings of this in the automotive industry.

As a result, Australia will have an open pool of skilled labour available. We will need to find ways to move talented people into new and emerging industries. This might well mean that people need to relocate, as we saw during the mining boom.

Our message to candidates is that there are always jobs out there—it’s just that many are hidden. 2015 will see the continuing focus on re-skilling workforces, and empowering their transition into new fields. Governments, industry and unions all need to work together with a common agenda, since 2015 will see the trends of 2014 continue.

To organisations, we say that 2015 is a year of opportunity. Getting more with less is not always about using established methods. There are new, evolving perspectives on what brings long-term success. The method only has to be studied and put into practice.