Cognitive Bias and Recruiting - How Employers Decide Who Get the Job 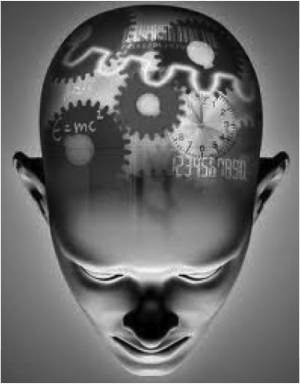 I was reading this article from Jim Stodgill the other day, it is really good - make sure you bookmark it and read it. I came across this statement and had to take a beat:

Well, anger in the face of ill-considered certainty is reasonable as far as I’m concerned. Unearned certainty strikes me as the disease of our age.

Wow. That line resonates for me in an article full of great analysis. It is especially relevant to recruiting and hiring and employment and all the ways work itself is broken today. Unearned certainty abounds. I think much of our problem lies in how we process information and make decisions - how we see the world and why we make the decisions we do. New developments in cognition research show us that the way we decide to act in in one way over another is more complicated than we realize.

As recruiters, we do a lot of deciding. Who do I call, who do I email, what profile is interesting, which one is not. It starts earlier than that, though. When we place an open position in our mind, we start thinking about "who will be a fit?" We are the deciders, we differentiate, we discern. It doesn't matter if we are outside agency folks (like me), or internal recruiters, those acts of choosing are central to what we do. We look at resumes, web profiles, cover letters and we choose who gets our attention, because we can't talk to them all.

I've noticed, over my almost 20 years of agency recruiting (holey hell how did that happen), that though I always worked for tiny little companies with tiny little budgets for tools/staff I was able to compete effectively mostly because of how I parse information. I'm good with trends, and systems, and technology - it comes easily to me. Time and again I'd look at a resume someone else would pass by and I would call them, represent them, and they'd be the candidate hired. Sometimes another recruiter from another agency would have spoken to them but passed them by. I'd talk to them, pull some additional detail out of their background, and eventually they would be the one who got the nod. It happened enough that I began thinking about resumes and job descriptions as a little game for me to play, and eventually my desk became an experiment in pattern matching and eliciting conditioned responses, which if you think about it is a big part of job-searching. Which if you think about it long enough, in this economy, will make you sad.

The thing is, many of us are pretty rigid in our thinking. When we start the process we make it super narrow, because we think we know *exactly* what our hiring managers want, and honestly? We usually don't. I mean we have a good idea of the parameters and what is essential, but often the actual triggers making one person hire another person are more in flux than we want to admit. I was taught to rule candidates out before I ruled them in - to imagine how candidates could be seen as "not a fit" so that I could build a better argument for why they were. But I think many of us either forget that second action item, or don't understand what we recruit for deeply enough to color outside of narrowly defined lines.

I think we are often so certain ourselves, or our hiring authorities are also so certain, that we don't open our minds to candidates that could be just as good (or even better) than the picture in our minds. I think rigidity, that "unearned certainty" is part of the reason folks have trouble getting traction in our current marketplace. Perhaps it is a small part. I'm not saying that recruiters can solve the unemployment problem by opening our minds, but I wonder what would happen if we tried, as a rule, to be less certain of our decision that a particular candidate doesn't get a shot.

Great article, Lisa!  If you go by resume/skill set alone, you're an order taker. If you work to resolve the 'talent gap' within a company, you are truly a partner/recruiter.